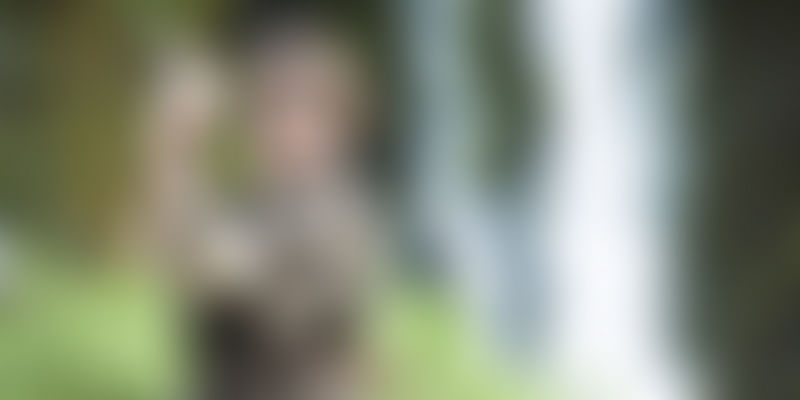 Many believe that women have been misrepresented in the world of fiction and fantasy. So we decided to create a list of women who are so badass that they can quite clearly overshadow their male counterparts. Whether it is with badass fighting skills or badass intelligence, these women have proven to be a class apart and are truly inspirational.

An abusive self-centred brother, a husband who’s a savage, robbed of money and power, surrounded by hyper masculine and macho men, Daenerys has been there and done it all. And yet, she owns and makes no bones of her ambitious nature. From being a stranger to a tribe that is barbaric, she goes on to become their Khaleesi (even if that meant eating the raw heart of a horse)! Apart from courage and ambition, Daenerys is extremely sharp and knows what is worth fighting for. She ensures that everyone gets equal rights and simply commands respect of her people by trust and faithfulness. Strong, courageous, empathetic and shrewd, Daenerys leads an army of men and is the mother of dragons.

2. Katniss Everdeen in ‘The Hunger Games’

While considered socially inept by her peers, Katniss Everdeen is a true survivor. Strong, stubborn and determined, Katniss largely did what she wanted and didn’t care what people thought. If that doesn’t make you badass what does? Though she was a survivor, was blunt, misanthropic and bitingly cynical, one cannot deny she is awesome. She chooses to go in place of her sister Primrose, knowing that her chances of survival might be limited. And it was her thinking out of the box that got her out of several tough spots.

One of the most intelligent witches of the wizarding world, Hermoine Granger is the reason why Ronald Weasely and Harry Potter (the boy who lived), get through some sticky situations. She was the youngest witch to create the Polyjuice Potion, which according to the book several skilled ‘potioneers’ couldn’t make it. Hermoine is Muggle born and proud to be one, while Dobby helps Harry on several occasions, it is Hermoine who thinks of Elf rights. Hermoine kept her head cool and handled all challenges with intelligence and bravery. She said what she felt whether telling Ron he needed to pluck up the courage or telling Harry he had the ‘save the world syndrome.’

4. Galadriel in ‘Lord of the Rings’

One of the mightiest and fairest of all Elves in Middle Earth, Galadriel even saved Gandalf from the Orcs. Her powers were believed to be so great that even the Elves were unsure of how powerful she was. Galadriel was compassionate and even made Gilmi, the dwarf who hated all elves, like her. Bearer of Nenya, one of three Elven rings, Galadriel saw people for what they were and could spot things, which the men would miss out.

Fourth in command on the Starship Entreprise, Uhura comes from the Swahili word Uhuru, which means freedom. One of the first black women in the history of Hollywood to play a powerful role, Uhura wasn’t only a powerful character; she even made no bones of her feelings for either Captain Kirk or Spock. A powerful leader, Uhura, governed a male-dominated ship with complete ease and control.

Also known as Ororo Munroe, Storm controls the weather and has also been the leader of the X-Men after Cyclops took leave of absence. Storm was so powerful that she was even able to defeat physically stronger foes like the Crimson Command and Callisto. A student, thief, queen, and adventurer, Storm is everything that both men and women aspire to be.

Nemis and love interest of the Batman, Catwoman is a character that is real and true. “My world is all just shades of grey Batman. That’s why you’ll never understand me.” Having had a tough upbringing, unlike Batman, Catwoman sees both the good and evil in people and knows that they are capable of both. Master of disguise and thievery, Catwoman is not a villain nor is she a hero she is a very real person who has learnt to fight her own battles and win them.

8. Astrid Hofferson in ‘How To Train Your Dragon’

If there is any 15-year-old who has their priorities set in life, it is Astrid Hofferson. Her statement to Hiccup sums up her badass spirit – “Our parents war is soon going to become ours, its time you figured out whose side you’re in!” or the statement “I am more of an old fashioned take it down with an axe and then lop its head off kind of girl.” She has always set high standards for herself and is an exceptionally skilled warrior. Her double-sided axe is lethal and many older and experienced warriors have been defeated by her.

A spy, world class athlete, gymnast, acrobat specialist, aerialist capable of numerous complex maneuvers and a class marksman – the Black Widow makes one of the most powerful Avengers characters in the Marvel universe. Her ability to mask emotions and understand hidden dangers makes her an expert strategist and field commander. She even led the Avengers once.

While the ‘Game of Thrones’ universe is filled with strong and badass women characters, Khaleesi and Arya Stark simply stand out. She gives two hoots to what people expect of her behavior or what anyone else other than herself plans for her. Arya speaks her mind and will tell you exactly what she thinks of you. Her needle (sword) is as sharp as her wit and mind and she knows how to use it really well. She has a list of people she wants to kill and if you’re on the list then rest assured you will be stabbed in the heart. Her catchphrase – Valar Morghulis (All men must die)!