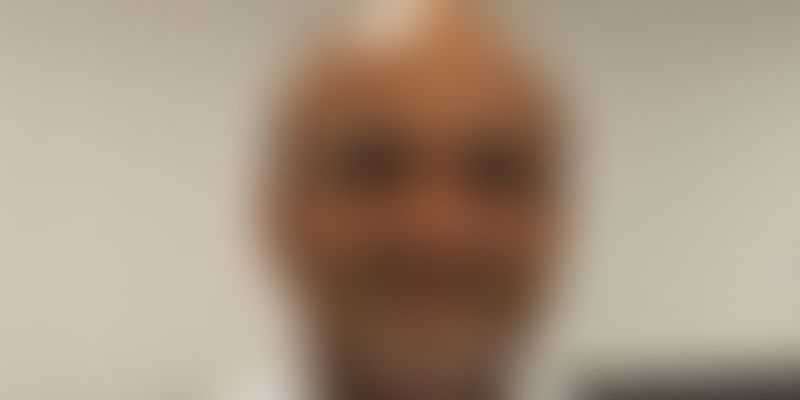 In last two years, we have featured hackers, coders, hardware geniuses, techie prodigies, neuroscientists and even activists in the Techie Tuesdays column. We believe that a techie cannot be stereotyped and hence we try to bring stories of people from a broader spectrum of technology.

When I received the profile of Prasanna Gokhale, I could see another unexplored dimension of technology, not to mention his rich experience of over two decades. After writing about another techie who played a pivotal role in savetheinternet campaign, it became even more interesting to know someone who plays a pivotal role in network planning, implementation and maintenance of the internet and video network for one of the biggest network provider in South India.

This week, YourStory brings a conversation with Prasanna Gokhale, Chief Technology Officer at the ACT Group (Atria Convergence Technologies), an expert in system architecture and product design for networking and telecom products, and an entrepreneur who successfully exited from his venture to explore bigger markets.

From electronics to system architecture

Prasanna was born and brought up in Dharwad district of Karnataka. After finishing his schooling in Dharwad, he went to Regional Engineering College, Surathkal (now National Institute of Technology) to study electronics and communications. His first interaction with technology happened in college but it was restricted to basic electronics and applications of electronics. Prasanna recalls,

At that time, we used to work on pure analog circuitry designs. Even email was not there.

After his graduations, Prasanna joined Tata Elxsi and worked on storage technologies, including SCSI, SSA, FCAL, iSCSI, SAN and NAS. He was also involved in making the first redundant storage system of the world (SCSI Raid Box).

Related read: From the power capital of India to the powerhouse of India’s largest e-commerce company – Amod Malviya, CTO, Flipkart

Prasanna has devoted two decades of his life to networking. In the late 90s when system architecture and networking was still at a nascent stage, Prasanna had joined the bandwagon with other pioneers in this space. He worked on BGP stack, DCPI stack for routers and token ring network technology. Over the last 20 years, these technologies have formed the basis of wireless and wired networking. Prasanna also worked on WiMax which was then a newly introduced wireless communications technology designed to provide 30-40 MBPS data rates.

Startup, exit and a year off

After spending 14 years at Tata Elxsi, Prasanna co-founded Anvaya Networks in 2008 with Venkatesh N and Kiran Kumar Jakkur from Alcatel-Lucent. The Bengaluru-based startup was developing Wireless 4G-LTE eNodeB products and was acquired by Massachusetts-based Altiostar from the same industry. With the deal, Prasanna made an exit from the venture while his partners Venkatesh and Kiran decided to stay on and are leading the company today.

Prasanna took a year off after 17 years of networking. Finally, he could manage to give time to his family and his hobbies, which included trekking and playing badminton.

Unlike many entrepreneurs, Prasanna was excited to work for a corporate. He’s fully committed to his current role of heading technology at a 5200-member strong organisation, ACT. Prasanna believes that an entrepreneur fits well in the services industry. Traits of working with clientele/customers and understanding the nuances of the same, make it easier for an entrepreneur to thrive in the industry. He says,It’s a myth that an entrepreneur cannot work in a corporation. It’s all in the mindset. Scaling and processes are misunderstood in this case.

Prasanna was introduced to ACT CEO by a mutual friend. He was told that there was nothing significant expected from him in terms of development in system architecture, but only scaling up. In fact, he spent a couple of months to get acquainted with the current scale and plans of the firm. When he joined a year ago, the maximum speed of internet provided by ACT was 60MBPS which is now 100MBPS.

Also read: The case of the ‘curious tester’: Parimala Hariprasad

With 20 years of rich experience in establishing a business from scratch, building the right team and handling multiple functional teams required for complete product delivery, Prasanna finds a good fit in his current role at ACT. His passion lies in venturing into newer technologies, innovating and converting them to profitable business strategies. In his current role, Prasanna takes care of network architecture, network planning, NOC operations, scalability, new product strategies etc. for the ACT business.

However smooth it may appear, the last 20 years for Prasanna have been equally daunting across the multiple stages of life.

1995-2008: Networking industry had not yet evolved and India was lagging behind by five-10 years. There was lack of information about the industry and a lot of things had to be designed for the first time without any reference.

2008-2012: In his entrepreneurial journey, raising capital and maintaining relationship with people whom he was earlier working with was difficult. He says,

The dynamics of relationships changes drastically once you leave your job and start your own business. This makes it even more difficult to get clients.

2013-Now: For Prasanna, the real challenge at ACT is scaling up the backend while keeping the network running and unaffected.

Past and future of wired and wireless networking

Prasanna believes that most of the technological development in wired technology took place in the 90s to 2005. The evolution curve is almost flat after 2005. In wireless networking, the evolution which started with unlicensed spectrum in early 2000 is still going on.

However, Prasanna feels that wired and wireless networks complement each other. While wireless communication is ‘tech for convenience’ which has grown with the smartphone growth in the country, it has limitations in terms of bandwidth. This is not the case with optical fibre network (or wired network). He says,

Wired and wireless networks address different markets. LTE, however advance it may be, has a way to go and cannot replace wired networks.

Prasanna feels that only a few people understand how things work in wired and wireless communication & networking. He says,

“It’s not advisable to build a product and then retro-fit it for the purpose. This might land it to an obsolete product. The deployment and life of a product have to be considered equally important.”

He believes that internet penetration is highly underserved in India right now and with the educated population, there’s immense scope for growth in tier-2, tier-3 cities and other areas.