A self-taught artist, Aarohi Singh loves to experiment with colours 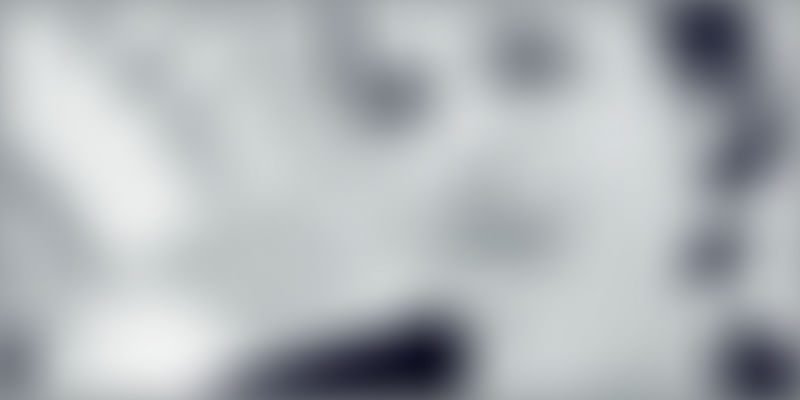 “I love everything about my country. India inspires me,” says artist Aarohi Singh. She says she did not have to learn to be patriotic; it came naturally to her, what with her parents, brother and cousin all being in the Air Force. She had no qualms about living life literally out of a suitcase, as a child. It was during her family’s stay at Rajasthan that she fell in love with vibrant colours, “and the men,” she says sheepishly. It’s no wonder then, that this artist paints whatever she sets her eyes on.

Aarohi is a popular artist known for her line of art on products and is credited with various series to her name.

Born to a Maharastrian Brahmin father and a Jat Sikh mother, Aarohi says they have always communicated in English at their home. Now that she is married to a Sikh, Aarohi says she thinks in English and the same translates into her work. Her schooling was in Delhi after which she went on to finish her Masters in History from the Delhi University. She had taken up Art too as an elective subject on the insistence of her teacher Nakul Sinha and happened to top in both.

“I took a break between my graduation and post-graduation. After graduating, I got employed as an Information Architect for 3-4 years and worked on various projects. All this while I kept painting too, just that it had become occasional,” says Aarohi, who moved to Bengaluru in 1999 after getting married.

A moment of truth

It was the year 1994 which she recollects vividly. When she approached the premier art gallery Triveni Kala Sangam for an opportunity to showcase the paintings which she had done while at school, she was told to await her turn as the gallery was booked for the next two years.

“Call it serendipity: ten days after this conversation with the organisers, I got a call from them. They said that a senior artist’s show had got cancelled, and I could put up my paintings there instead. On the same day as my show opened, a reputed artist’s show also opened up for public and the who’s who of Delhi – including Sonia Gandhi and many reputed art critics – had come for the event,” says Aarohi. Naturally, people came into her gallery too, curiosity piqued by the poster she had put on the door.

It was a lady named Madhu Nath to whom she sold her first painting, for Rs 2,100. “It was a 1×1 painting which showed two kids scribbling on the wall. She asked us to deliver it at her home. When we went in with the painting, she asked us to come in and hung my painting alongside art work by M F Hussain and other great names in the art circuit,” she says. That was a moment of inspiration for her. Aarohi says she owes her success to Nakul Sinha and Madhu Nath.

After moving to Bengaluru, life went on as usual. In 2002, Aarohi gave birth to a son, and in 2006 her daughter came along. She was painting sporadically, but it certainly was not a regular affair anymore.

It was in 2007, when her husband was in the US for a month, that identity crisis hit her. “I felt like I had got stuck and life was not moving at all,” says Aarohi. It was on one of those bleak days on which, when she was in Ulsoor with a friend, she picked up two kettles to paint.

“I wanted to communicate a thought, a feeling, a metaphor, without worrying about the rules of painting. I deconstructed my own art, and thus came up with this art form. With my husband away then, it started with the ‘Kiss Kettle’ and there was no looking back after that,” says Aarohi. Next was a letterbox ,which she painted while waiting for a response to her e-mail.

Suddenly, Aarohi had found purpose in life. After finishing 40 such paintings, she put up a show at the Leela Gallery, which got an overwhelming response.

Next in line was a ‘Nazar Batoo’ kettle series which was born from people around me asking me to put kaala teeka on my adorable kids. I used to drop and pick my kids from school; thus was born the auto series. Then, painting on playboard games came along,” says Aarohi.

It’s the connect people have to her products that make them such a huge hit. For example, there’s the Poonchh collection, a line of kitsch work close to her heart. She engaged in this line to give back to society; her friend’s NGO, which was into helping stray dogs, inspired her, and she invested her time in this series.

Aarohi’s biggest challenge is that she has never been to an art school, and is therefore not familiar with many techniques commonly used. It is however, liberating at the same time, she says, considering that

she can do her own research by reading books and material online, and can thus work at her own pace.She finds it disturbing that young people are not as committed as they should be to their work. She has been trying hard to start work on a ‘girl child’ collection, but various outfits have failed her in giving data.

Her naani (mother’s mom) who taught her about time management;

Rakesh Shukla who is passionate about his NGO Voice of Stray Dogs;

Robin Chaurasia of Kranti, who are all doing amazing work and manage to smile all the time.

“My biggest joy is that I am able to connect with people through my art,” says Aarohi as a sign-off.