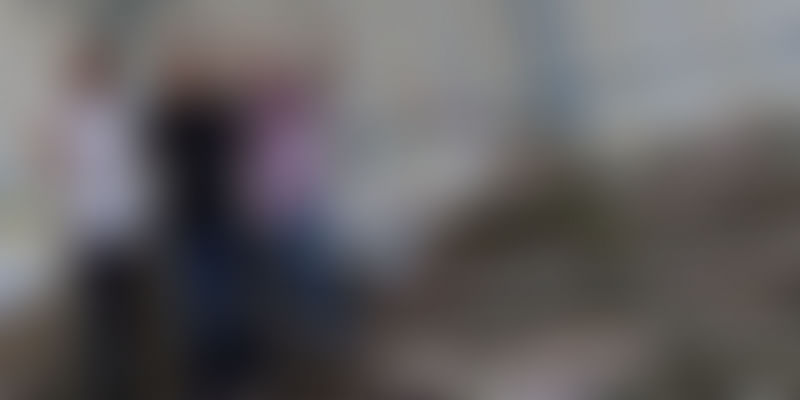 Aside from a glass of water, if there is one thing that refreshes a weary traveller it is sugarcane juice or more commonly known as ‘ganne ka ras.’  This is what gave birth to CaneXpress.

One summer, the three founders of CaneXpress -- Kaushik Srinivasan, V Srinivas and Afroze Ahmed -- were driving on a highway and looking for a shop or a dhaba to buy water. The only thing they came across was a ‘ganna juice wala’ on the road. While relieved, they didn’t drink the juice as the place was full of flies and insects.

“While we left thirsty, we just thought of the idea of opening a nice, clean and hygienic juice bar. A few meetings and we had our first juice bar open,” says Kaushik, CEO and Co-founder of CaneXpress. He adds that the sugarcane juice is one of the most affordable health drinks one can have. Kaushik says that if it not hygienically processed and prepared, it has a counter effect.

The trio have known each other for a while now, and they believe that this gives them an advantage. Kaushik says that they bring in diverse skills that complement each other. For the team, the key aspect of starting CaneXpress was building the ecosystem of farmers, machine manufacturers, interior designers, real estate agents, carpenters, painters and potential employees.

The team was focussed on ensuring that the sugarcane juice was made organically, hence they work directly with the farmers. “We ensure that their financing and harvesting needs are taken care of and not exploited by middle men,” adds Kaushik.

A self-funded organisation, Kaushik says that coming up with five state-of-art prototype juice bars had its own set of challenges. He adds that the trio channelized all the income towards new juice bars, upgrading the equipment and team. While all the founders came from corporate backgrounds, the key stakeholders were from non-corporate backgrounds.

“We realize the importance of management processes and systems and had to ensure we adapt it the environment we operate it,” says Kaushik. According to him, initially it was a challenge but they now have more or less streamlined all their organizational processes. Their first juice bar took three months to get operational, and the more recent one took just two weeks.

They have built that expertise within the team to help scale the business. They have also invested in a central processing unit and a 10,000 sq.ft warehouse, which can cater to over 30 juice bars in Hyderabad.

According to Kaushik, each of the juice bars cost approximately Rs. 30 to 35 lakhs to set up, and that in this business the margins are high and the model is scalable. “It requires minimal technical skills unlike a restaurant business, where culinary skills are essential and are difficult to standardise,” adds Kaushik. Priced economically at Rs.25/glass, sugarcane juice is a favourite during the summer months.

Eighty per cent of their workforce includes women. Talking about the USP of CaneXpress, Kaushik says, “Sugarcane is one of the most affordable health drinks, provided the conditions of preparation and processing are hygienic. This is the experience that we provide to our customers. Added to this, we offer 17 varieties of sugarcane juices and have over 60 items in our menu.”

Poised to grow at 25 per cent, the average juice consumption of the Indian consumer is going to double in the next five years. The Indian market for fruit juices is replete with both organised stores like Booster Juice across the country and smaller unorganised stores like the famous Haji Ali Juice Centre in Mumbai. The sugarcane juice segment too has players like Caneola in Bengaluru or Cane Yard in Pune among the many ‘ganne walas,’ on the street.

CaneXpress has sold over 3.5 million glasses till date. Currently, present in Hyderabad, the team is planning to expand to other cities.