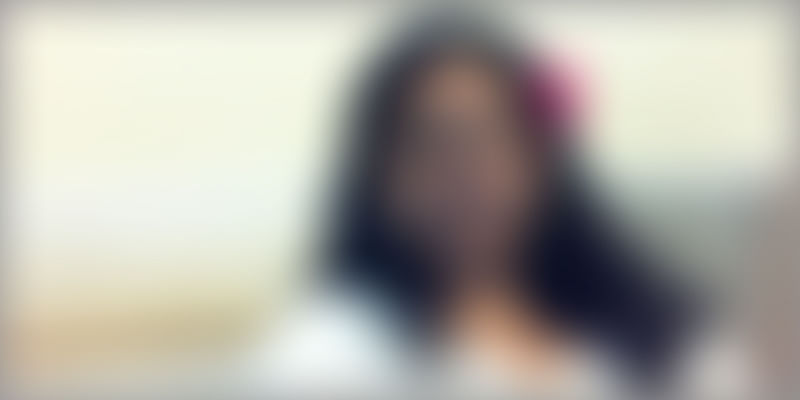 ”As I amble along Indian lanes, bylanes, gallis and mohallas, there is so much that excites, intrigues, tickles and even irritates. Is there anything to be done about all this? Absolutely not. Just revel in the confusion, enjoy the chaos that is India. Nonetheless, a germ of an idea starts to grow from somewhere, and there is a rush to put it down on paper. Maybe I will just add a small tweak here, a little quirk there, all practical ideas for India’, says Aina Rao, the speaking mirror on her blog, amblingindian.

To many of us, the mirror is something we see everyday but we see ourselves in it and not the mirror per se. For me, the mirror has always been something different – it is a reflection of who I am and the journey through it.

An IIT Delhi, IIM Bengaluru topper, Aina started her journey in the Finance sector and worked as an investment banker in various firms for five long years in India. A good career break took her to the UK where she spent 10 years of her professional life. It was a deep sense of attachment to her roots that got her back to India with her family and that proved to be pivotal for the birth of ‘amblingindian’.

The birth of the amblingindian

Similar to R K Laxman’s Common Man yet different from it, Aina’s ambling Indian is represented by a thinking woman.

As I experienced India once again, so colourful and lively and drowned myself in its flavour, I enjoyed every moment, but also, struggled with so many contradictions around – the potholes, the skyscrapers, the poverty, the grime, the squalor, all of which sometimes made me cry and at other times, laugh. As I ambled along, I saw more, and my creative side got me thinking. Thus was born the amblingindian, literally a female aam aadmi,

The amblingindian creator, Aina, grew frustrated many a times but she decided not to be silent. She spoke, wrote, made her presence felt and then wrote some more quirky stuff – all revolving around India. Aina says she documents the everyday confusion, the chaos as well as the joy of being there – all together in her quirky blog.

“Either it makes you laugh or cry or sets you thinking eventually leading to a change in society,” says Aina adding that her pieces definitely evoke a reaction in people reading it.

The amblingindian has a rather curious way of doing things – the entire blog is segregated into four different themes – Innovation, Humour, Life and Ethics. Aina holds a blog written on female foeticide close to her heart and thinks such campaigns have become the need of the hour.

Be it politics to the social context in India to everything that an ordinary person would have to live with in the country, Aina pens down her thoughts on all.

With an impressive one lakh plus views, Aina is getting ready for the launch of her maiden book, Ambling Indian. It is being released in the next two months. Ambling Indian refers to amlingindian™.

With the cover already in place, Aina is waiting eagerly for the book to hit the shelves in the next two months. The book is about a story of India as seen through the eyes of the Ambling Indian and the hilarious narrative is woven with some thought-provoking pieces from the blog.

When she is not writing, Aina is pursuing one of her many hobbies like, flower-making, knitting, singing and dancing or is busy travelling around the world.