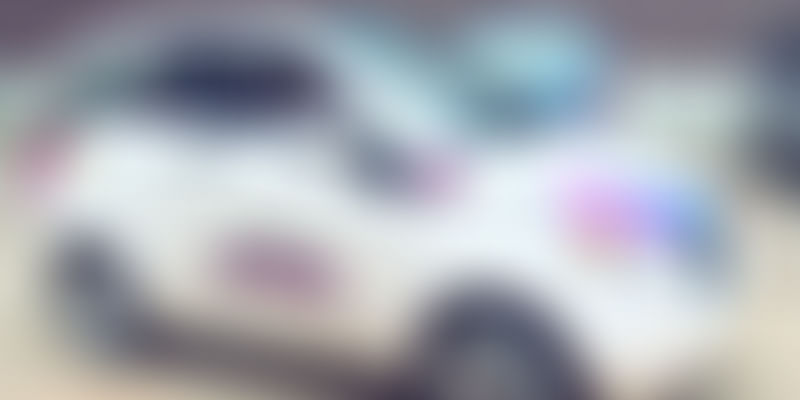 Pegged anywhere between USD six to nine billion, the taxi market is believed to grow at 17 to 20 per cent annually (YourStory). Breaking into this B2C heavy segment of cab and taxi aggregators, Lithium Cabs is set out to bring green public transportation to India with electric vehicle cabs. Started by Sanjay Krishnan the ex-COO of Comfort India, Lithium was born with the idea of negating both fuel costs and the degradation to the environment brought on by hydrocarbon cabs.

"India as a country has the maximum difference between the pricing of hydrocarbon and electricity. Therefore, India as a starting ground for such an idea is great," adds Sanjay. He also adds that under the current government, there has been a fair amount of traction on renewable energy. Four states in India, he says are already solar positive, which means that the power generated using solar is lesser than the grid price.

While most of the aggregators and cab companies are looking at a more B2C space, Lithium Cabs decided to take a more B2B route. There were several reasons for the same. Sanjay says that when you look at a B2C model, you need to have a certain fleet size. "This meant we needed to have close to 200-300 charging stations, and close to 1000 cabs, which wasn't viable," adds Sanjay.

However, this did come along with its unique set of challenges. Apart from regular startup hiccups of building the right core team and funding, Lithium cabs faced other challenges too. One of the biggest concerns was bringing in transparency. In order to ensure the same, the team has completely automised the process. Also to ensure safety, especially of women travellers, the team ensure all the necessary apps and gadgets were in place.

"The cabs have an inbuilt GPS system that cannot be tampered with by the driver, also there is a complete real time tracking of the cabs during the ride. And all this is apart from the rigorous training we give the drivers.”

Sanjay believes Lithium, is growing at a decent pace. He is confident that from now till close to the end of the year the organisation will see a growth of 500 per cent.