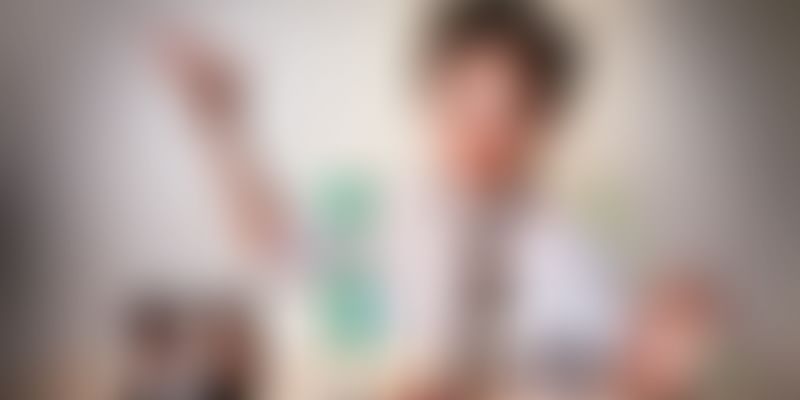 From the outset of the 2008 financial crisis, the airwaves and newsrooms fell into chaos, each shouting out where the collapse had come from, how warning signs had been ignored, and how to prevent such future fiascos. Even at its end, there remained endless chatter and speculation, no one without opinion – including me. So, during that post-mortem period I began writing on my blog about what Capitalism 2.0 should look like.

As my readers and I discussed the various issues, from the need for better regulation to Wall Street compensation, one particular topic took on a life of its own: should short selling be banned? By allowing short selling, was the SEC allowing value destroyers to wreak havoc on value creators, the entrepreneurs trying to build and sustain enterprises?

Many readers defended the short sellers, citing them as the best analysts in the industry – always able to detect disproportions in a stock, whether there are problems with strategy or execution in a company. My response was that such responsibilities should fall to independent analysts, not short sellers who have an incentive to tank the stock. But to this my readers responded that the best analysts become traders.

I decided to prove them wrong.

We started Equity Dispatch, an equity research firm, with an extensive India-based analyst team, focused on catering to finance professionals all over the world. On our team of analysts in India, we looked for a combination of people with backgrounds in business, finance, technology, and economics, enabling us to assess both micro and macro factors in great depth. For example, in technology, our analysts were capable of tracing macro trends like SaaS, SES, Web 3.0, and convergence devices. Then we forecast their ramifications on the players in each ecosystem, including those likely to enter a sector as certain trends evolved. We also had economic policy analysts who traced the repercussions of major moves by governments such as China, the US, and India in particular. All three economies had, needless to say, begun driving their own economic reconstruction agenda.

In setting up the business and its structure, we closely studied Bloomberg, the financial information network. Bloomberg was founded by Michael Bloomberg in 1981 with a 20% equity investment by Merrill Lynch. It provided financial software tools such as analytics and an equity-trading platform, data services, and news to the finance industry through the Bloomberg Terminal, its core money-generating product. Bloomberg also advanced a global news service including television, radio, online, and print.

We studied Bloomberg’s pricing structure and spoke with a few hundred potential customers. We estimated that with a $1,000-a-month fee structure, across the world, we could recruit at least 250,000 clients for our research. Bloomberg, in contrast, catered to 175,000 clients with a monthly fee of $1,800. Our offering, however, was quite different. Whereas Bloomberg’s analysis was from a purely financial and trading point of view, ours focused on value creation and company building. Ours was a laser-clear focus on strategic analysis of public companies, keeping track of all relevant innovations, startups, acquisitions, acquisition targets, new technologies, new business models, discontinuities, and execution challenges for every company within a given sector.

We looked beyond precise quarterly earnings numbers and refused to ding the stocks at the first miss. Instead, we invested the essential time to understand why a company had missed its numbers – possibilities such as investments in futuristic R&D. Synopsys, for example, required heavy investment in R&D for low-power chip design innovation. If, for that reason, they set aside $35 million and missed earnings, we would point that out as a plus, not a minus.

Under no circumstances did we encourage short-term thinking in the companies we covered, instead trying to understand their intentions to create value, anticipate trends, and make the right acquisitions to fill strategic gaps.

To avoid a conflict of interest, we avoided consulting with the companies we covered. However, through our analysis, we often provided an enormously valuable strategic framework upon which management often based their strategic underpinnings and traders, worldwide, referenced to assess each stock’s outlook.

Our analysts also tracked every underhanded rumor that short sellers tried to spread, and through real analysis we systematically dismantled their false gibberish. There was no stopping the growth of our reputation. Jim Cramer, of Mad Money, became one of our greatest champions. Every night on CNBC, he would quote research from Equity Dispatch, pointing out subtleties that he otherwise would not have the time to unearth. Soon we were the eyes and ears of regulatory bodies all over the world, preserving the integrity of our financial markets.

In 2011, we focused purely on the technology sector, recruiting 1,000 subscribers. The annual revenue stood at $6 million. From there, we added three sectors a year, crossing the $200-million-in-annual-revenue mark in 2015. And today, we’re well over a billion in revenue with 100,000 subscribers.

Throughout, we have maintained a free online media portal alongside our paid subscription portal. This section, a pure advertising play, grew to three million unique users by 2015 and crossed five million by 2020. Our CPM rates for this media property were $25 in 2012, $50 in 2015, and $60 in 2020 – generating $35 million in 2020 revenue. More importantly, the online portal served as an extremely powerful brand- marketing vehicle for our company. Readers familiar with our insightful commentary would often transition into paid subscribers as they came to realize the truly unique perspectives of our information service.

To gain such footing in the equity market, we must have outcompeted someone. So, what distinguished us from sites like TheStreet.com or Seeking Alpha? Well, neither of those had any methodology framework. We did. Our research was consistent across all our analysts, who were trained in that specific methodology. Seeking Alpha, TheStreet.com, and other sites aggregated divergent points of view, with no real methodology and even less deep research. They were individual opinions, often knee-jerk reactions, with no consistent framework, and very often, they produced downright misleading recommendations. I knew – at one time, long ago, I had syndicated my writings to both of them!

Also, Equity Dispatch was the only truly independent research firm around since everybody else in the business was engaged in trading, consulting, and various other activities which biased and clouded their points of view. I understood this. I had worn all those hats – analyst, investor, consultant. And unbiased I was not. I did not try to be unbiased, nor did I want to be. However, with Equity Dispatch, I was certain that delivering an unbiased, methodology-based research offering with immense depth of analysis was the only way to get subscribers to pay $1,000 a month for access. For remember, I had a point to prove: the best analysis is produced through a strong framework, a good methodology – not by individual analysts, itching to trade. Itching, in fact, to dig for dirt and destroy value through short selling, rather than offering constructive guidance and holding management teams accountable for their strategic choices.

The difference, in the end, turned out to be something very simple: Equity Dispatch was about strategy, while the rest of the market saw only numbers.