The Bigbasket of groceries is set to get bigger 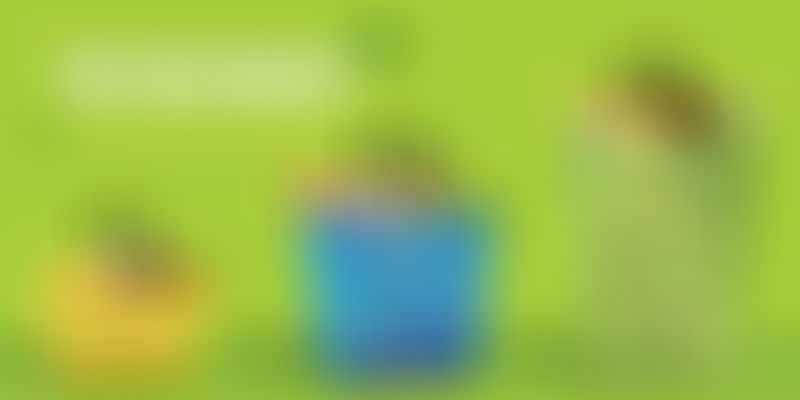 It’s usual for a company to send official statements to media (directly or via PR agencies) when they raise funding, and even more usual when the funding is $50 million. But Bigbasket has not conformed to any conventions. Whether it’s their inventory lead model while the startups are opting for zero-inventory model, or their solution to hire and retain the delivery boys, they have approached it in a different way and with much conviction.

According to a report published by Nielson (earlier in the year) based on a survey conducted in 60 countries, a quarter of people who took the survey were ordering groceries online and 55 percent intended to do so in future. Another study states that the food and grocery retail in India is in excess of$294 billion of the total $490 billion retail market in India. While the overall growth of retail is fueled by the 300 million middle class population, the e-tailing part is growing owing to the massive adoption of ecommerce among the millennials and generation Z.

Regionally, Asia-Pacific consistently exceeds the global average for adoption of all online retailing options primarily because of the continued increases in mobile adoption and broadband penetration, particularly in the developing regions. India’s e-tail market is pegged at almost $8 billion and is among one of the fastest growing markets. Bigbasket.com, India’s largest player in the e-groceries segment has recently raised $50 million from existing investors led by Bessemer Venture Partners. The company plans to deploy the capital in expansion into new markets and introducing new (and faster services). Bigbasket has earlier raised Rs 200 crores led by Helion Ventures and Zodius Capital in September last year. YourStory spoke to HariMenon, Co-Founder and CTO, Bigbasket to know more about the upcoming plans and expected challenges.

New additions to the ‘basket’

Bigbasket is operational in seven cities (including six metros) currently and with fresh funding, it plans to expand to two more metros and 50 tier two cities. The funds will be used towards:

Expansion:Bigbasket will be launching in Kolkata and Ahmedabad by October. By the year end(March 2016), Bigbasket aims to be present in 35 cities. Hari says,Even after these launches, we expect 60% of our revenues coming from metros.

Delyver co-founders are now a part of the management team of Bigbasket and the rest of the team will be supporting the one hour express delivery feature.

Size of the basket

Hari mentioned that Bigbasket is processing almost 20,000 orders per day. The 2000 member team has a 70 percent blue collar workforce. Hari believes that the recent second line hires of the company including the head of merchandising, VP of engineering and HR Director are well set to take the company to the next level.

While the revenues of the company in FY 2014-15 was 210 crores, Hari is expecting the March 2016 revenues itself to be 200 crores($30M) exiting the fiscal year with a run rate of $400 million. This growth is primarily fueled by the expansion into newer cities, the company’s aggressive marketing and subsequent customer acquisition. Hari says,

Groceries being a regularly needed commodity, a customer purchases on an average2.5 times ina month. We are trying to take this figure to 4 as it indicates the stickiness of the customer to our platform. There are nearly 26 orders in a basket.

Right now, payment for 50 percent of the orders is made online while the remaining is done offline(cash on delivery). The platform also provides the option of using Bigbasket mobile wallet(closed wallet) or PayU money for online buyers. According to Hari, this ratio will soon change to 70:30(online:offline payments) by the year end.

The most common challenge for ecommerce companies has been hiring and retaining talent. And it gets trickier when it comes to the delivery boys. Hari shares his strategy,

Recruiting, training and retaining delivery boys has been little tricky for us. As the catchment dries up, we now go to smaller cities to hire them and provide them with affordable housing in the city of operations. This helps a lot in retention.

Since Bigbasket deals with groceries which are mostly perishable, managing the complex supply chain to reduce wastage is another big challenge. The current data of transactions helps in predicting the orders and hence avoiding much wastage.

Of hypergrowth in hyperlocal and biggies

The entry and funding of hyperlocal delivery startups along with the growing interest of some big nameshave generated a lot of buzz inthe e-groceries segment. Gurgaon-based PepperTap raised $10M earlier this year to expand to 10 cities by the year end. Bigbasket’s closest competitor Grofers had raised $35M in April at $115M post money valuation. Paytm and Ola have announced their entries in the grocery market with Zip and Ola Store respectively while Amazon had launched Amazon Kirana Now some time ago. Among the larger corporates, Reliance Direct Fresh and Godrej’s Nature Basket are selling groceries online. The latter acquired Mumbai-based Ekstop in the beginning of 2015. Bigbazaar and More Stores are still offline and Other players in this segment include Gurgaon-based Satvakart, Mumbai-based LocalBanya, Bengaluru-based Zopnow and Jiffstore and Chandigarh-based Jugnoo.

Among all the players (apart from Reliance Direct Fresh & Godrej Nature Basket) in the groceries segment, Bigbasket seems to be the only one going ahead with asset heavy(inventory) model. Hari justifies his approach,

It’s very difficult to work in this segment if you don’t have the visibility to inventory. You need to ensure that you’re meeting large orders of customers. Keeping inventory will further be important as we are launching the one hour express delivery as it gets difficult to keep a check on quality control with less time in hand(can’t negotiate much).

The future, of acquisitions, profitability and next round of funding!

Hari had earlier shared Bigbasket’s vision to become profitable by 2016 end. He now says that that may be delayed by a few months with this round of funding. This is due to the new businesses getting added. The company has revamped their branding recently and also roped in Shahrukh Khan as their brand ambassador.

Bigbasket is looking at achieving the following targets in the next one year:

The next round of funding may take Bigbasket’s valuation to anywhere close to $1 billion. Though Hari is not too concerned about the valuation, he’s clear about continuing with his focus on the groceries segment(and kitchen care) and does not intend to diversify the business much. After all, a $300 billion market is by no means insignificant.