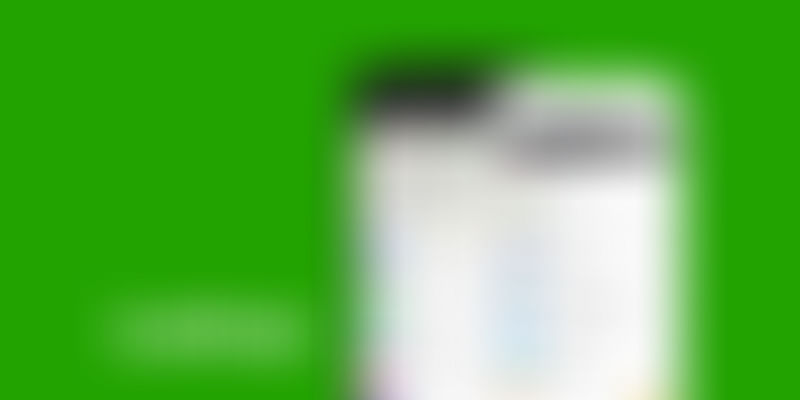 The startup world is abuzz with hyperlocal commerce now, with many companies scaling quickly according to increase in customer demands and VC interest in capital infusion. Most of these startups focus on facilitating needs like grocery, vegetables and handyman services among others. But Bengaluru-based Lookup concentrates on chat as an approach to helping consumers buy things closer to where they live.

Fashioned along the lines of WeChat, Lookup is an app that connects consumers with local businesses on chat to enquire about products/services, get deliveries and to book appointments at restaurants and clinics. Business owners can claim their business on Lookup and start engaging with customers.

Chat is the DNA of Lookup

Most retail outlets are small, and may not have things a user is looking for. This is a problem not just in small towns, but even a tech-savvy city like Bengaluru, where people may have gotten used to shopping in malls or e-commerce sites but still have to run to the local pharmacy for stomach flu pills or BP medication.

Deepak started Lookup in December last year. Prior to this, he has founded three mobile messaging companies in a decade, including the world's largest SMS-based search engine, Innoz. In 2008, Deepak dropped out of engineering college to start Innoz. He has been recognised by the MIT Technology Review as one of the outstanding innovators under 35.

Deepak ran Innoz for several years before open sourcing it in 2013. He also floated mobile knowledge messaging platform Quest. While running Quest, he observed that most of the user queries were related to hyperlocal commerce. Deepak adds,

I did some research on how people talk to local businesses, and found that there was no central and easy to use service that solved this problem. Most people were still using the traditional way of calling the stores.

He then realised the potential of a chat-based commerce platform for neighbourhood retailers and service providers.

Until Lookup happened, people found searching and buying products offline difficult. Although several e-commerce ventures have helped people get products online, when you need something in the next two hours, offline is the only option. With Lookup, every offline shop becomes online, and couple it with chat, the whole user experience is extremely intuitive.

Deepak believes when entrepreneurs focus on a particular pain-point and carve out a painkiller of sorts, their efforts are bound to get good traction. Deepak Explains,

Chat is eating the world and we aim to solve major pain of commerce discovery through it. Our approach towards solving problems helped us get unprecedented traction. Also, some of our offline marketing activities with local merchants really helped in driving traffic.

Lookup doesn’t look up for listing

Currently, there are plenty of platforms bridging the gap between users and neighborhood businesses. However, unlike most of the startups in this space, Lookup doesn’t list any of the products/inventory. The app has a simple search bar through which a customer can look for a product or start chatting with their neighbourhood local store. Additionally, one can ask anything and even attach a relevant picture of the product or send their delivery location. The company has partnered with B2B delivery startup Roadrunnr to facilitate delivery of merchants.

The company claims to be the number one in chat as a commerce platform category. As of now, it has exchanged over 10 million messages and onboarded 55,000 vendors with a daily addition of around 200 merchants. Lookup is live in Bengaluru, Mumbai and Delhi and will be launching in 10 more cities by end of this year.

Why merchants should look towards Lookup?

At present, retailers have no way of winning the huge discount battles fought by major e-commerce ventures without adapting to better technology. Shopkeepers generally promote their contact information and tell customers to contact them through Whatsapp or via calls but most of the customers still feel uncomfortable to do that because of privacy issues.

Lookup makes it easier for a shop to list their service for free and get direct chat window to customers. Incase the shopkeeper is busy or not available, Lookup’s customer support responds on behalf of the shop. Deepak says,

We also help local businesses promote their offers and discounts, thereby acting as a powerful marketing channel to empower them to come online.

Size of opportunity & road ahead

The retail market in India is estimated to be worth nearly USD 500 billion dollars and is expected to hit USD 700 billion by 2015. Despite several years of rapid growth, e-commerce still constitutes well under 2 per cent of the retail market. The remaining is still offline and mostly local, representing a large business opportunity according to some rough industry estimate. Going forward, Lookup plans to introduce more categories, payment options, NLP/Artificial Intelligence and deep linking to other apps.

At present, there are many assistant apps available in the market. Although Lookup acts as a local shopping assistant, it focusses on creating the largest network of buyers and sellers. By onboarding both consumers and businesses and connecting them through a simple chat, Lookup is trying to replace a landline, which is still the main communication channel for any business.

The company competes broadly with Haptik, Shopo, Kraftly, Helpchat including Justdial, Askme, Google, Facebook, Snapdeal and those aiming to bridge the gap between small merchants and customers.

The success of WeChat, Line Mall and Operator in China, Japan and the US respectively signifies that commerce bundled with chat can work. Lookup is eyeing the fledgling chat-centric hyperlocal commerce market. In a short span of time, the company gained significant traction. It would be interesting to watch how it scales up and evolves in the future.