With $18 million in funding, California-based Branch Metrics sets up base in India 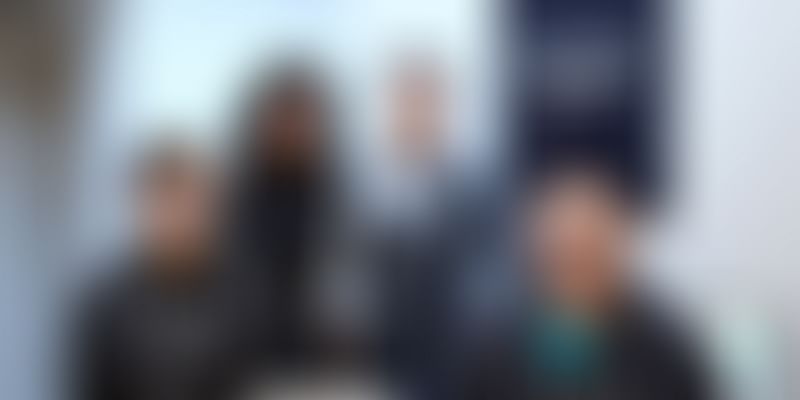 In early 2014, Alex Austin, Mada Seghete, Mike Molinet and Dmitri Gaskin were working together on Kindred Prints, a photobook printing app. Once it was ready, they were frustrated by the limitations imposed by app stores on user acquisition. Looking for a workaround, they built technology in-house that could help them in acquisition (links that passed data through install to grow the Kindred user base). Kindred was growing and during discussions with other developers, they figured how almost everyone was looking for ways to accelerate their growth. They called the product ‘Branch’ and decided to work on it full time and sold Kindred.

As a product, Branch provides deep linking technology for developers to gain and retain users. The Branch SDK (branch.io) is a deep linking and tracking technology that helps mobile developers attribute app installs, optimise and create invite systems, and do smarter in-app sharing through unique device fingerprinting and deep linking technology. Mike explains: “We dynamically generate short URLs on the fly that pass and track data from the originating source through install, across devices and platforms. We use this technology to provide brands a deeper insight into app installs, more personal customer acquisition, and better engagement of users with our variety of SDK features.” It also supports all major deep linking features from Google, Facebook and Apple.

During the early days, Branch saw a lot of sign-ups from India and banking on the dominance of mobile internet in the country, decided to set up base in India. Govind Kavaturi, Evangelist for Branch in India says, “India would be the first country outside the US that we are expanding to. We have seen a large chunk of users signing up from India over the past year including large players like Paytm and Cleartrip. We are looking to majorly contribute to the mobile ecosystem and be a part of the mobile growth story in India. As a part of the plan, we would be expanding the team to grow and support users in India.”

All the services that Branch offers are free currently and the focus is on building a portal to democratise app discoverability. The company started planning for expansion to India in early 2015 and ran a few tests within the community in May and June of this year. “From those events, Branch spread like a wildfire, demonstrating there was a big need for a service like ours in India. At one point, the number of integrations of our SDK in India over a week surpassed the number of US integrations that week, indicating to us that India was growing to be our second largest market,” says Mike.

On the Indian operations, Mike adds, “We’re starting a small team with a base in Mumbai. Over the next twelve months, we will focus our operations on marketing and support while we continue to expand our team across Bengaluru, Delhi and Mumbai."

Globally, there are other players like Deeplink.me, Quixey and Appsfire who are also working on deep linking technology. In a world where most of the consumers are moving towards mobile for personal as well as business use, such technologies will play a key role in making the experience better. For Branch, India is a big market where many companies start with a mobile-first mindset and developers are glued into the tech ecosystem with quick iterations on their product. And the end-user base is also massive which helps apps achieve growth at rates not seen in most other countries.