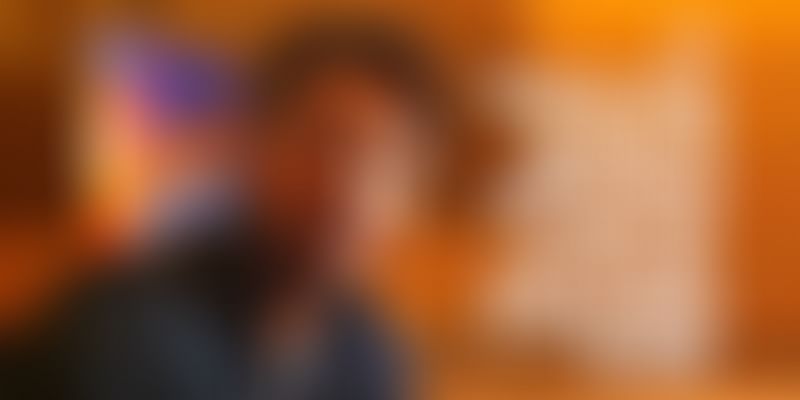 Today, Hindi cinema actor Irrfan Khan needs no introduction. Celebrated globally for his movies like ‘Life of Pi’, ‘The Lunchbox’, ‘Paan Singh Tomar’, and more, Khan has also successfully conquered Hollywood by bagging some biggies in recent times like the latest ‘Jurrassic World’ and the forthcoming ‘Inferno’ in the Da Vinci sequel.

He has succeeded not only in connecting with his audience at an intellectual level but emotionally too. You feel the loneliness of Irrfan’s Saajan Fernandez in ‘The Lunchbox’ when his eyes light up every time the lunch box arrives, craving not so much for the home-made rotis but the random notes from a middle-class housewife trying to find meaning in her life. Or for that matter Irrfan’s Monty of ‘Life in a Metro’ makes you cringe with his candor, however, you cannot but help root for him.

Yet for most of his acting career that started soon after he graduated out of National School of Drama in Delhi, he was constantly worried about failing to cast a spell on his audience.

“When I started in 1990 people considered me a good actor but I could see that I was not creating a spell; that they were not carrying memories -- they were not carrying the experience of my story and characters home. But when I started telling my kind of stories it was different. It was only possible after I got the confidence to put my interpretation to my characters. There was a kind of world I created that reached out to them emotionally,” he told a room full of A listers at the Mumbai INKTalks on Friday (Oct 16).

Though theater and television kept him going despite uninspiring roles and family opposition, his early films mostly went unnoticed, until he landed ‘The Warrior’ in 2001. In fact, he told YourStory that at one point of time he learnt technical skills like how to repair air-conditioners and did this for some time in the hope that he could go abroad and earn money. It was just as well that he got bored and gave up that dream.

It has indeed been such a long journey for 52-year-old Irrfan that he can now look back and say with certainty that his early failure had a big hand in his recent success.

YourStory caught up with him on the sidelines of the conference to talk about the three pillars – failure, passion, and reinventing oneself -- that Irrfan feels are the foundation of a sure shot at success. Certainly something young entrepreneurs can do well to heed.

Failure is the best teacher

“Failure is there to teach you something so that you can go beyond that. There is always a lesson hidden in there. The first failure I faced was when I got my first break after drama school. I was offered one of the main leads in Meera Nair’s film ‘Salaam Bombay’. We did a workshop for two months and when the film was about to be shot I was told I am not playing that role anymore. I cried like a baby,” he tells me, his grey eyes playing out the pain of a 21-year-old who had just graduated out of drama school and was patting himself for landing such a prestigious project straight out of college.

“I was so anxious in drama school about what will happen once I graduate because life there was so protected. You have a mess, a hostel, and the government is paying money for your stay. All you have to do is study and invest in your craft. So when I was offered the film, I was happy that I had bagged a big offer just after drama school. But when I came to know that it was not happening I cried like a baby.”

Sooni Taraporevala, who was the writer of the film, tried to console him saying even her photography book was cancelled at the last moment. “But you only learn by yourself. When I got the perspective, I realized that life was trying to prepare me for the nature of this field. It was trying to give me a taste that nothing is certain in this profession. So you should be prepared for it. Otherwise earlier when I would get an offer I would build a sequence around it. So life was telling me don’t take anything for granted.”

Passion is equivalent to living

“I tried my hands at different things. I wanted to be secure at an early age. I learnt technical skills and learnt to repair air-conditioners. I thought I would go abroad and earn lots of money. But very soon after I started working in the field I was bored,” he says.

“I have a belief that unless and until you have an interest in your job, even if it is sweeping the floor if you enjoy it, you will create something that is extraordinary. You have to look for your interest first, and then the money should be a byproduct of that. That is what I believe in. It might take time, but your life is set if you are doing something that interests you. If you are doing something for security then you could earn huge amounts of money but life will never be enjoyable.”

Reinvention is the name of the game

Earlier in the day on the INK stage, Irrfan recounted his encounter with a tiger in the jungles of Corbett National Park – a place that he goes to looking for peace and calm. But this one time, he encountered a tiger just a few feet away from him. “For the next few hours our faces were frozen and our knees had turned liquid,” he told the cheering audience. For an actor like Irrfan, this emotion is gold and perhaps stored safely in his memory to be wished back next time he faces the camera.