Beggars and homeless now earn up to Rs. 10,000 a month in Karnataka, thanks to Swati Bondia 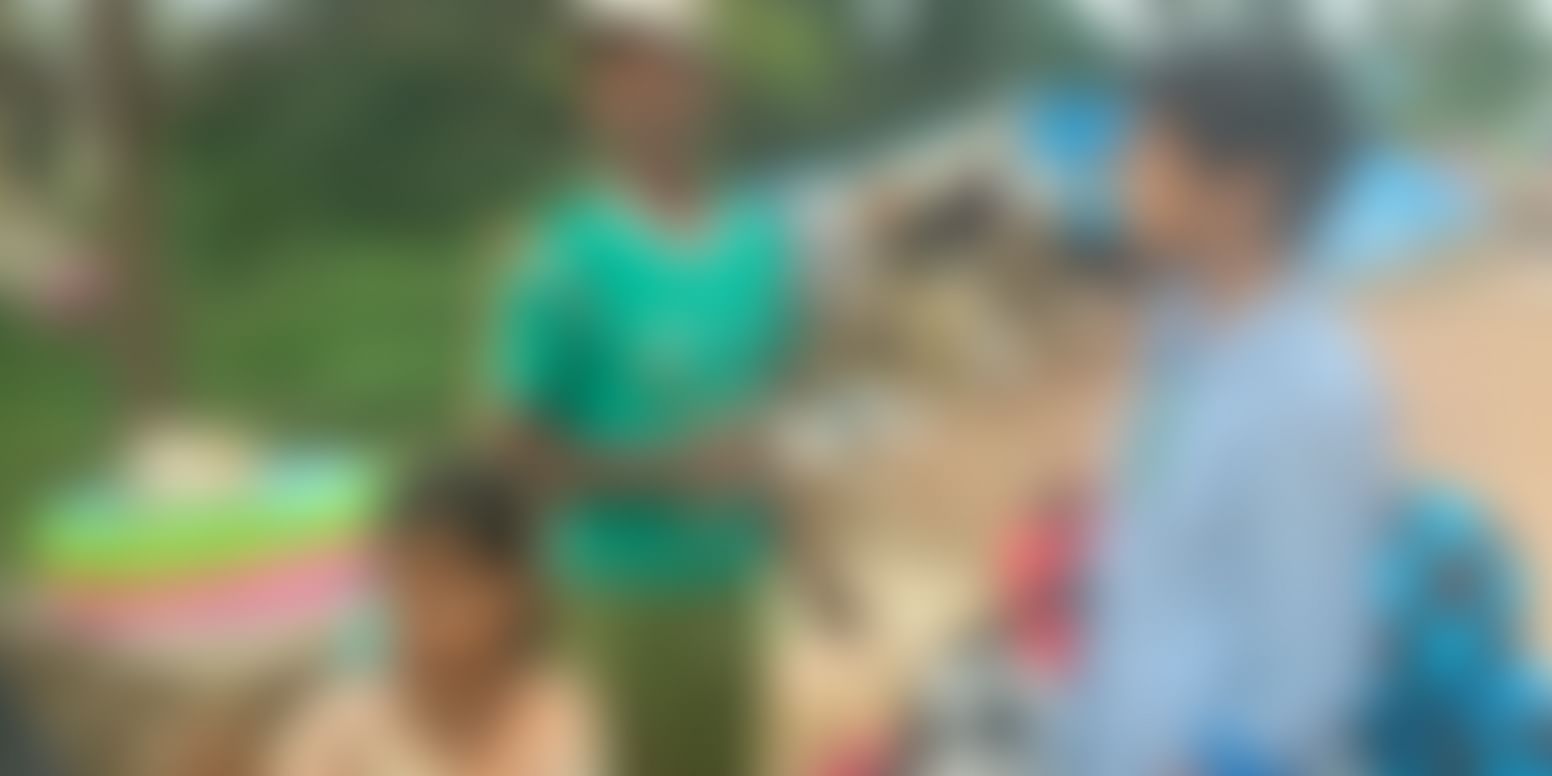 How often have you looked at an able-bodied beggar going from car to car seeking alms and distastefully thought, “Why do they have to beg, when they seem like they can earn a living with their fit bodies?” Has it ever occurred to you that most of them have tried their luck, maybe even a hundred times over, only to be driven out or worse duped of their money, efforts, and time? Not many of us have actually tried getting these ‘perfectly capable’ people a form of employment, but luckily for humanity, Swati Bondia did.

The day it happened

“I was travelling in an auto, when a five-year-old girl came up to me begging for money. When I denied her money, she burst out crying and everybody started giving me the death stare. I got off my rickshaw, walked her to various shops, bought her food and clothes, only to have her reply, ‘Didi, all this will not help, I just need a 10 rupee note. My mother does not care about all these things. She will beat me if I return without money.'”

Outraged, she walked with the girl to her house to speak to this ruthless woman, only to discover their disturbing reality. They were a family of migrant workers who had been summoned from Rajasthan on the promise of a job, but were denied it when they arrived as they did not speak the local language. “In three or four months, Ravi and his family had ended up exhausting their savings and had to resort to begging to make ends meet. I knew then that I have to help them. I left the house assuring them I will find them a job, but to my dismay, none of the companies I was acquainted with was willing to employ them. I returned to them with a broken heart, only to find a drastic change in their attitude. The father was all clean shaven, the wife with clothes not shabby, and children’s faces gleaming with hope that they may now get to go to school. My heart broke further,” she says.“I realised that I can create the job for them, which I couldn’t get from outside. I identified their skills, and discovered that Rajasthanis have art in their blood.”

The return of hope

She returned to their home and made a proposal that gave them the chance to turn their lives around.

“We were staying in make and shift tented accomodations on the pavement where our kid had to go and beg on the street to support my family. All our hopes were resting on the update Swatiji was going to bring along with her. We had used up all our money, and had so many doors slammed in our faces that begging was the only choice left,” says Ravi.

Swati took them to a shop to buy raw materials worth Rs. 250 to make furniture. After preparing a grand little chair, they took up a space on the sidewalk to display it, only to make a sale of Rs. 750. “That was the proudest moment of my life,” recalls Swati.

Realising that this idea has palpable potential, Swati established Om Shanti Traders to replicate this for more and more helpless families – when she was only 18 years old. With substantial support from her college and family, she was able to establish an organisation whose entire motto was to find people on the roadside, who have zero income, change their mindsets and make them productive and self-sustaining.

“We started employing the underprivileged and homeless. We take them in – the whole family. We train them to be artisans and help them make marketable furniture, which we retail to clients like Leela Palace, Taj Vivanta, Acharya Institute,” says Swati

At present, the organisation employs 229 people, which include individuals as well as full families.

“The money that comes from the sales is given back to them. Forty-two per cent of revenue goes to their families. Their ration, their children’s education, healthcare is all taken care of.”

These combined incomes sometimes include the salaries raked in by their sons also, who are over 18 years of age. But when it comes to the girl child, Om Shanti ensures she is sent to school to procure a sound education.

“Now I feel like living, rather I feel alive. Meeting Swatiji was a boon to us and changed our life so much. My kids go to school, speak English and my wife goes to bed happy every night,” Shirish updates us gleefully.

“The first clause we make the families sign is that they send their daughters to the local government schools we have tied up with. We tried that with the sons as well, only to see them escape and drop out the first chance they get. The girls we dealt with seemed exponentially more excited to go to school,” says Swati.

Two global awards in a year

Swati’s efforts have been the talk of global fora, and in the past two years she has been invited to accept awards by two prestigious platforms. The Indian flag will be hoisted for the first time on World Congress Day at The Junior Chamber International, and the credit for this feat goes to this young woman. The Junior Chamber International recognised her as one among 10 outstanding young persons of the world at a function in Kanazawa, Japan earlier this month, which is record breaking – as no other Indian has been awarded this honour in the 100 years of JCI’s existence.

And nothing less than the United Nations sent her summons to Colombia to spearhead a project for creating impact at the grassroot level. She was chosen as the Indian representative in an internationally team of six individuals, all of whom had done notable work in the social sector of their respective countries, to replicate their fool-proof models to eradicate poverty in Colombia. Today, Swati’s counsel has uplifted a significantly large section of people there, and they now proudly rake in Rs. 11,000 as their monthly salaries.

Even as she aims to touch the lives of 2,000 families by 2018, she has embarked upon her second entrepreneurial venture already, where she strives to grant exposure to Indians to universities and courses across the globe through a digital platform, which also awards 10 yearly scholarships to individuals with promising talent.