Canvs.in is a space for artists and designers to flourish 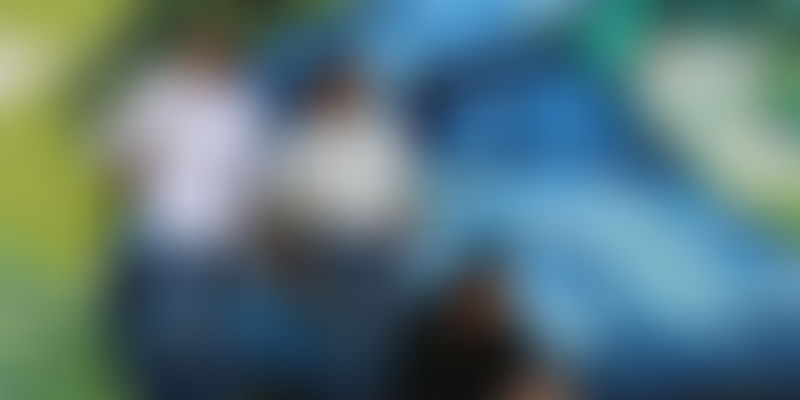 Ex-IITians Debprotim Roy, Vikash Choudhary and Ankit Agarwal founded Canvs.in with one goal – to create an active community of designers and artists in India. It would serve as a platform where they could upload their work, sell online, interact with peers, find jobs and projects, and participate and curate offline exhibitions/workshops. Debprotim says, “Canvs.in is all about bringing design and art to the forefront of the developmental revolution that India is going through today.”

Canvs.in has an advisory from the National Institute of Design (NID), Ahmedabad, and is currently based in Mumbai.

The founders believe that Canvs.in aims to solve the following pain points:

In addition to being a creative platform, the genesis of Canvs.in was rooted in a more practical need. Prior to this venture, Vikash and Ankit were running a bulk printing and merchandising business, while Debprotim was involved in a project of his own. They three of them realised that they faced a common challenge – lack of availability of design talent. While merchandising needed a lot of design based work, Debprotim was on the lookout for a product designer. Debprotim, who was involved with photographers and artists during his tenure at IIT, realised they were finding it difficult to get freelance work and even exposure for the work they were doing.

This led the trio to start researching this space to understand the kind of problems that existed, and the scale they existed on, by speaking with designers and artists across India and joining online forums. This is what they found.

The Art and Design Scene in India

In India, design has evolved into a necessity rather than the luxury product it was once assumed to be. Art has seen a massive global upsurge, post the recession of 2008; in India, it has grown well beyond its pre-recession peak. Like most intellectual communities in India, the design and art community is growing, but stays eclipsed from the mainstream. Most lay people are unaware of where they can discover good artists they can partner with, or whose works they can admire.

Debprotim says, “At Canvs.in, we see users coming from small and big towns alike, with potential that matches the big cities. The difference is in the amount of exposure small towns get due to a lack of technical support or of the offline community building that happens in larger cities. We saw a rapid growth in users and crossed 1,000 users in four months, confirming our hypothesis of the need of the moment.”

The entry of Canva, a multinational design firm, is a clear indication of the potential the country has. Canva is an online graphic designing software that enables normal users as well as designers to create beautiful online collateral like emails, banners, posters, etc. It claims to get around 2,000 new users from India every day, and today has around 150,000 users from India. They plan on getting to 1 million graphic designers from India alone by the end of 2016. Canva recently got a boost of $15 million prior to their move to India. Roy says, “The numbers quoted by Canva are quite attainable, we have been working towards similar numbers since the inception of Canvs.in“

Other global players like Dribbble and Behance are also percolating the Indian markets via local events. While Behance has been on the scene since 2006 and set good standards in community creation, it focusses on projects and portfolios to some extent. They don’t allow the sale of works or posting of jobs.

Dribbble, a small but very active community of designers, has been able to tap into the US job market and is running profitably. Dribbble focusses on display of work and claims to be a place for designers to ‘show and tell’.

Quite recently, local firms like Bananabandy and Cupick have entered the market with slightly different offerings.

Bananabandy is an online marketplace for different designers. They host competitions that any designer can participate in. Cupick has been on the art scene for a while and allows artists from overseas and India to exhibit and sell their work. They have recently entered the jobs market as well.

Canvs.in, when compared to its peers, is growing very steadily as a community. It offers portfolio creation, sharing, discovery of artists, sale of work, access to jobs, and quite importantly offline exhibitions and events. This encompasses a wide horizon of design that is individually being targeted by global players separately.

Locally, Canvs.in is a frontrunner with its products and activities. With its focus on both art and design, Canvs.in also got into the Jobs space early; the competition has entered this area only more recently.

Talking about future plans, Roy says “We have been bootstrapped until now, but we received partial funding recently. We are looking for funds. We are currently a nine-member team. We are actively moving towards enhancing the product to bring together and concretise our community. On offline channels, we are looking at expanding our workshops and exhibitions geographically.”

Canvs.in is one startup to watch out for in the art and design space,.

Check out http://www.canvs.in/ for more details