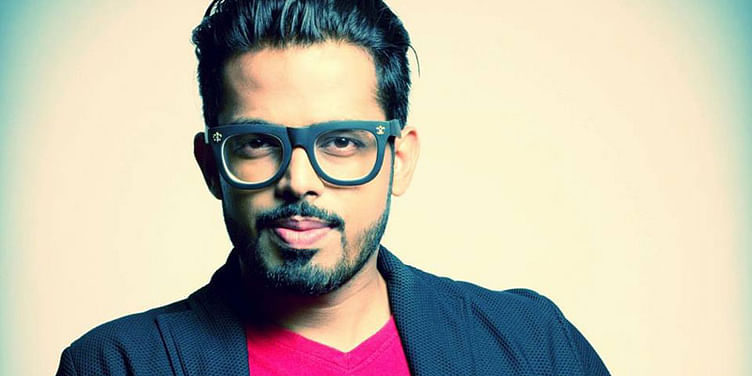 Danish Sheikh is everything India’s first charisma coach should be. He has an infectious vibe, drop-dead smile, a bunch of kickass ideas, and a clear trajectory that willtakehis charisma coaching startup to the next level. But here’s the twist: he is very much like us. He doesn’t evoke hopes of‘If-I-can,-so-can you’backed by unrealistic untested logic. His life itself is living testimony to his claim: Charisma is a skill that can be learned.

Although Indore-born, Danish Sheikh survived convent school, even his favourite teachers were wary of what the future held for this introverted, bespectacled, bullied boy. Since his Class X grades were insufficient for the Math stream, he had to change schools, and barely passed his Class XII exams on the second attempt.

“Books were my only friends then,” he shares. It was one such book– Dale Carnegie’s famous ‘How to win friends and influence people’ – that was destined to make him introspect. Soon, 16-year-old Danish was testing the theories he read in books and applying them to real-life situations. He developed a policy of talking to one stranger each day. “I have interacted with 5,000 strangers in the last 12 years,” he claims.

“If I hadn’t got into the habit of speaking to random strangers, I would have never met one of my best friends,” he said during a recent TEDx talk on the Human Network at Mumbai’s Jai Hind College. The talk was very well received by the students.“I love observing people. Human psychology is all around us, we just need to stop and take notice,” he says. Danish has derived his charisma quotient from multiple sources, including observing people, and reading countless books and published scientific research.

Danish’s current journey began when he was just 18. Acting on impulse, he attended an interview for the post of localiser/language editor at Webdunia.com (IT/Media company) in Indore. He cleared it hands down, beating out more experienced, qualified linguists. Each subsequent success only helped boost his confidence and charisma. At the age of 20, Danish led a team of 100+ analysts on a challenging and successful Microsoft project. At 21, he joined Lionbridge Inc. as the youngest Global Project Manager in the company's history. At 22, he was hired by Yahoo! India, where he worked as the youngest International Product Manager (Yahoo! Mail, Yahoo! Messenger).

Danish’s life is filled with paradoxes. Although product management was his forte,he chose to work in communication and training. With no fancy B-school degree to back him, he became a voracious reader and today conducts seminars at educational institutes. Two years ago, he launched his portal www.danishsheikh.com – a startup that trains people in the art of charisma.

“Charisma was something that always fascinated me. I continued to do my own research during my free time. Eventually, I was able to develop a step-by-step teaching system that helps one become remarkably charismatic. I started delivering guest talks at business schools and charisma coaching soon changed from a hobby to a passion,” he says.

While he believes there can be several types of charisma, he focuses on: Authoritative Charisma; Visionary Charisma; and Empathetic Charisma. “For instance, Steve Jobs had visionary charisma, because of his futuristic product approach;Mother Teresa had empathetic charisma because of how she connected with those in need. However, I try to develop a charisma quotient that works in all situations,” says Danish.

Danish is realistic in his approach. “I know that I may not have answers all the time. Despite that, I have a clear-cut system. I always approach each individual differently. I make and break rules. Human beings are unique and deserve to be treated thus,” he says.

Danish has a varied and impressive clientele spanning a Miss India winner to CEOs, law professionals, managers, startup founders and successful entrepreneurs,. “Once a journalist asked me why I was being talked about and published.Which famous names have you worked with? I said I couldn’t disclose any names as part of my business ethics. I have always followed that rule even at the cost of losing interviews,” he shares. Danish reveals his humorous side, saying: “One of my high-profile clients has become such a good friend now that I might ask him to create a transformation story video the way TVCs do.”

Danish has recently expanded operations to the UAE and plans on taking his Charisma Training to the UK early next year. And despite this success, he stays humble. “When I moved to Mumbai, I lived in a small flat in Goregaon. Now, I live in Pali Hill, but my past struggles keep me grounded. I have drawn knowledge from those experiences. And I teach my clients to optimise their charisma by drawing from their personal experiences,” he says.

Danish is against any conventional approach to training. “I have observed life coaches and most of them have a formal methodology. I have never lived my life conventionally, so I cannot teach that way.”