A pair of lost glasses. The frustration of buying an overpriced replacement. A gap in the online glasses market.

The inspiration behind Warby Parker, an online glasses retailer, is a classic example of a desire to use technology to disrupt an industry that had not innovated for decades. What was unique about Warby Parker, however, was its founders’ staunch belief that they could use their for-profit business as a means to changing the world for the better.

From this belief sprung Warby Parker’s buy-one give-one model, which provides a free pair of glasses to underprivileged communities for every pair of glasses it sells. To date, Warby Parker has donated over a million pairs of glasses to the needy. With consumers becoming increasingly ‘purpose-driven’ and aware of the social impact of their purchases, companies like Warby Parker and Toms, a shoe manufacturer that employs a similar socially conscious business model, have been able to drive goodwill and loyalty through their social initiatives. For Warby Parker, this has translated into a rumored private market valuation of over $1 billion.

By now, it’s very clear that the startup bug has well and truly bitten India. According to NASSCOM, India has the fastest growing and third largest startup ecosystem globally. While many Indian startups have matched their Silicon Valley peers in terms of customer acquisition, revenue growth, and fundraising, most mainstream startups—that are not explicitly social startups—have been slow to pursue business models that drive both commercial and social impact despite the relative simplicity of such models and the numerous social issues in India. The reasons are manifold. Startups may believe that social impact and profitability are not synergistic, investors may be forcing their companies to strictly focus on immediate financial outcomes, and consumers—excited by the new supply of offerings that simply didn’t exist previously—may lack the discernment of their Western counterparts.

However, an increased focus on social initiatives can be immensely beneficial to companies. Many studies suggest that mission-conscious companies grow faster than companies without any public stance on corporate citizenship. Similarly, a focus on employee well-being results in superior performance. Our research on corporate social media marketing has also shown that messages about corporate philanthropy generate the highest levels of social engagement and virality (e.g., Likes, Comments, and Shares on Facebook) relative to messages sharing information about product quality, pricing, and promotions. The issues a company and its employees care about is a key aspect of brand personality for consumers.

The notion of corporate citizenship is by no means new in India. In fact, India’s new Corporate Social Responsibility (CSR) law, which mandates that companies spend 2% of profits on social development, positions Indian companies as innovators in corporate citizenship and is starting to have great impact. Many US corporations look at Indian firms as thought leaders in terms of how to marry philanthropy with the usual financial mission. Amazon India’s Gift a Smile program, which allows customers to donate goods to NGOs through Amazon’s website, is just one example of an innovative approach to CSR taking root in India. While the CSR law does not apply to young startups, innovative startups can nonetheless also drive change in this regard.

Flipkart, which offers an allowance of Rs 50,000 to employees looking to adopt children, and Zostel—a recent winner of Wharton India Economic Forum’s startup competition, which recently launched an incubation program for entrepreneurs looking to launch their own backpackers’ hostels—are two of the few young companies in India which have taken a proactive approach to CSR. As Indian startups become the country’s next great companies, it will be imperative for them to also don on the role of social impact leaders.

It is worth asking, when entrepreneurs need to start thinking about a social mission and how important a priority it needs to be. According to Neil Blumenthal, CEO, Warby Parker, their social mission is not the top reason why customers buy eyeglasses from them. “Customers put fashion and design first,” he says. Next in the list is the cost of the eyeglasses followed by the quality of the product and service. The social mission is fourth at best. But Warby Parker’s social mission creates a brand personality towards which customers gravitate. The value of the brand affinity that results is hard to quantify but it is nonetheless very tangible for the company. Furthermore, it is a valuable recruiting tool for Warby Parker. Many studies show that millennials prefer working for socially conscious companies.

The story of Warby Parker provides insight on how Indian startups can profitably pursue social missions of their own. Firstly and most critically, as Blumenthal states, the product is king. Without a true, novel value proposition, companies will fail to attract loyal customers, no matter how philanthropic is the rest of their business model. Secondly, authenticity is key. So choose a mission that is consistent with the values of the team—Neil previously worked at VisionSpring, a nonprofit, trying to provide equitable and affordable eyeglasses to the poor. Thirdly and finally, simplicity. Warby Parker’s messaging is effective because it is straightforward—a single charitable partner, an easy to understand buy-one give-one model, and a basic metric to track impact (glasses donated).

The implications for Indian startups are clear. Finding product-market fit and delivering value to customers will always be more important priorities. The social mission may well be a lower priority but it is hard to wake up one fine day and force fit a social mission. A social mission is more genuine and impactful if it is always part of the company culture.

(Vikram Arumilli is an MBA candidate at The Wharton School and co-chair of Wharton India Economic Forum’s Startup Competition.) 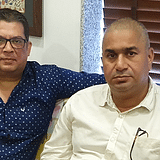 This Gurugram-based dairy startup has new ways to fight adulteration 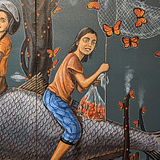