When you run out of money (and ideas) 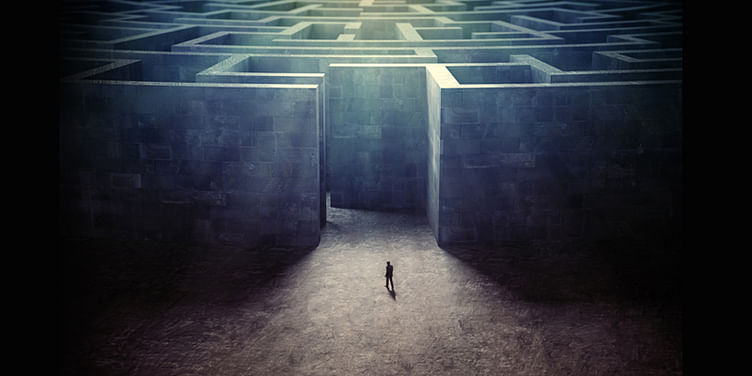 I was 20 when I started my first company. I responded to fellow IIT alumnus Rakesh Mathur’s challenge to a hall full of students on campus to come up with a startup idea and prototype that he would fund if he liked. A competitive IITian, I teamed up with two of my classmates to race to the finish and win that challenge. It was 1999, and college kids around the world were starting up and getting funded. It was a once-in-a-lifetime chance to ride that wave. It was the cool new career alternative. Why follow the traditional route when you can be different, I thought?

A few months into the startup, the tech bubble burst. It took us a few months to learn that it did. We had no idea how we were going to make money. We had focussed instead on getting lots of users. When Rakesh started asking us about revenues rather than eyeballs, we conveniently thought it was his responsibility to tell us how. After all, he invested in the idea and said we should focus on getting a million users before thinking about the revenue model. We were just students who had given up big jobs because of him, right?

It was easy for me to shrug my shoulders and say oops! I had my life in front of me. Rakesh had a crore to lose. While we kids could not reach a consensus about the way forward, he parented us and suggested an exit strategy. After only a year into the startup, we returned whatever money we had left in the bank (roughly half what we had raised) to Rakesh, took back the initial capital we had invested as students, and sold the company for stock in the acquiring company in Silicon Valley looking to hire in their Indian office. It was a face-saving acquisition of my startup, once on the front page of New York Times and the cover of Business World. I had to swallow my ego and deal with failure.

In hindsight, it would be fair to say that the entry and exit were driven by the investor. Not because he wanted to but because we were young and stupid and did not take responsibility. However, the lack of closure and not being able to return money or get anywhere near our dreams kept nagging me like a bad rash that does not stop itching.

Seven years later, I moved back from Silicon Valley to India to start my second company. I was ready and inspired. My ideas inspired my angel investors and early team members to join hands in making it happen. I remember turning down two friends at different VC firms who wanted to lead that angel round. I chose Anand Rajaraman as my angel and told my VC friends that I would come to them after proving my idea in a test market. I proved it to my satisfaction and started knocking the doors of VCs in October 2008, the same week that Sequoia Capital publicly released a presentation titled “RIP Good Times” that the investment community worldwide adopted like religion. I failed to raise VC money and failed to make the business profitable in time before burning through my invested capital. A year-and-a-half into the company, I was staring at the wall.

I had given up a lot more this time to start this company. I had given up a well-paying job in Silicon Valley, convinced my wife to give up a great job and a great life in California, got others to quit their jobs to give this a shot and got Anand and my friends, family and mentors (including Rakesh) to part with a crore-and-a-half of investment. I was inspired by an idea I felt strongly about and the bad rash from the old wound started flaring up again as I feared failing a second time as an entrepreneur. The muscle memory of entrepreneurial failure was strong enough to make me focus on a revenue model from the start that only got stronger with every pivot of the business. I pooled in my personal reserves and invested more money in the company. Anand and existing investors took that as a strong signal and proportionally invested more. We put another crore in the bank and were on a path to profitability. Another year later, we achieved profitability and were growing revenues 100 per cent month-over-month. We had two options – a three-way deal between us, a VC and a media house; and an acquisition by a leading e-commerce company, which was larger than Flipkart and Snapdeal at the time, and the subsidiary of the leading retail group of India. We picked the latter and sold to Future Group.

In hindsight, it would be fair to say that the entry and exit were driven by the entrepreneur. The investors made 2-3x their investment in two years, the team and I banked a good chunk of change, and we were excited about the larger canvas we could now paint on. The team and I believed that we could make the bonus round worth even more than what we had banked and that we had reasonable control over the outcome.

In the last few months, I have interacted with dozens of entrepreneurs staring at the wall, unable to raise money and wondering what to do next. While it’s easy to give someone advice and pep-talks without having skin in the game myself, a few of these entrepreneurs run startups that I am invested in.

Entrepreneur X shrugged his shoulder and said oops! He and his co-founders withdrew their own invested capital, got themselves jobs at a competing startup, took the company assets with them (though there was not much) and left investors high and dry. They announced the company as acquired, though investors did not get either cash or stock from the “acquiring” company. Quite literally, the entrepreneur cut-and-run in an episode where he had to flee from the back-door and go absconding because of creditors mobbing him at the front-door. He ran the company over the cliff, burned through a crore a month (out of a four crore raise), and called for the first time after the investment when there was a week of cash left in the bank. In hindsight, he had quit his job to start the company only after funding was lined up, and had as easily quit this startup to get back to another job when another round of funding was not forthcoming. He behaved like an employee operating on behalf of his employer, the investor, and lacked any imagination about a possible option other than quitting.

Entrepreneur Y called key investors with a few months of cash in the bank. He was honest with himself that he had started up because the space was tipped to get hyper-funded. He had been confident that his startup would grow fast like other celebrated Indian startups, apparently with the least operating loss compared to the most funded competitor. Now that the loss-making business could not continue without funding even at zero salary to employees, he took the decision to shut down operations. He had the option to join a competing startup without returning cash or stock to investors. Key investors said they would be okay with what he decided and that they appreciated his call to talk about it. He made a list of alternate business ideas along with his co-founders, allowed one of them the option to leave the startup given the change in circumstance, and chose to power on with the remaining money in a new direction. He behaved like an entrepreneur who reinvented his company from a momentum play to a value play when faced with changing externalities.

Entrepreneur Z had once wanted to raise a quick angel round as a non-event and get on with building a product. A VC had intervened to lead the round and appointed a junior associate on the board. Much to my dismay, the startup had started focusing on vanity numbers so they could race to the next round before product/market fit. The founders had disagreed on the company’s strategy but had enough money in the bank to continue without resolving the differences. Only when the VC warned that they should not count on them for another round of funding, did they wake up to the reality of having to get on a focused plan. A few tough conversations later, the entrepreneur took the issues to the board and re-aligned the startup with more urgency. The premature focus on vanity metrics set them back in delivering the prerequisite to growth - obsessive focus on getting a product/market fit. The entrepreneur started with a value play, allowed himself to become a momentum play and started behaving like an employee following VC instructions. He started re-discovering himself as an entrepreneur when faced with adversity and now finds some cracks in the foundation that he ought to have fixed earlier.