No NSA, CIA or Big Brother watching your mails anymore 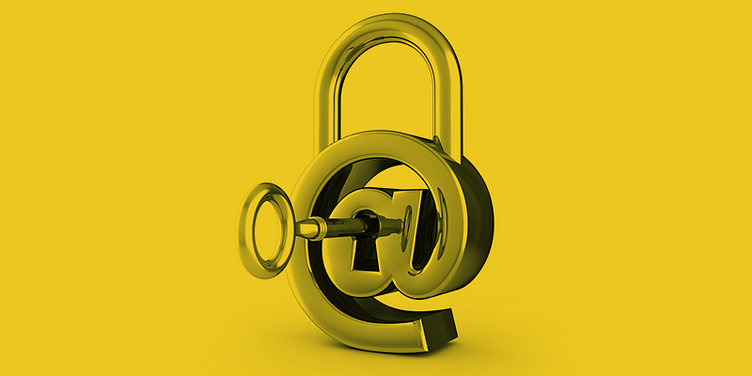 National security, invasion of privacy and high-tech espionage. No, we aren’t talking about a new television series or a work of fiction. We are talking about the worry most people have of having the state-run intelligence US organisation National Security Agency (NSA) peeping into their inbox. Whether it is web history or data privacy, the ongoing debate on whether government agencies keep tabs on civilians and their Internet history has reached an interesting turn.

Students from Harvard and MIT are working towards ‘building an Internet that protects privacy', starting with email. So, basically, they have built a super secure mail service that can keep even the NSA out. It’s called the ProtonMail.

Their wesbite says: “We are scientists, engineers, and developers drawn together by a shared vision of protecting civil liberties online. This is why we created ProtonMail, an easy-to-use secure email service with built-in end-to-end encryption and state of the art security features. Our goal is to build an Internet that respects privacy and is secure against cyber attacks.”

Jason Stockman, Co-founder of ProtonMail, said that it was the Snowden leaks that got them started. He told The Huffington Post that they were working at the CERN, the nuclear research facility in Switzerland and the incident really got them thinking.

ProtonMail has its servers in Switzerland and uses end-to-end encryption software that protects users’ email communications. Jason has been quoted saying that even if ‘they’ do somehow manage to tap into the Internet and extract the data, all they are going to get is completely scrambled and encrypted information.

Being in Switzerland, the servers are located outside US, making it inaccessible under the PRISM Program, believed to be a clandestine surveillance programme, where the NSA allegedly collects Internet communications from some of the major Internet companies.

The advocates of Internet privacy believe that security cannot be trusted to any corporation, as it might be forced by authorities to hand over data or even decrypt it. This is why the founders of ProtonMail ensured that even they cannot decrypt (or read) the information that is being communicated, thus ensuring foolproof security.

After starting a crowdfunding campaign in 2014, ProtonMail, which was invite-only, has opened its doors to civilians and is live on both Android and iOS apps. They had explained the delays on going live date to stalling and issues faced from the US government.

The closed beta has been tested by journalists, activists and businesses. The team at ProtonMail predicts that end-to-end encryption is going to be the future standard for web-based services. But they agree that every system can be hacked and nothing is simply 100-percent secure.

To secure or not to secure

The past three years has seen several debates on privacy breach by the US government and NSA. The most famous being the Snowden issue, where a former CIA employee Edward Snowden revealed that global survalliance programmes were run by the NSA. While the complete list is unavailable to all, it is believed that the NSA was harvesting millions of email and instant messaging contact lists, searching email content, mapping and tracking the location of cell phones.

Most recently, the tiff between the FBI and Apple too has wrought mixed debates. There are two very strong voices at play here. Invasion of individual privacy and national security. It is a very chicken-and-egg situation, however, and one cannot deny the legal right of an individual to his or her own privacy. Once long thought of as ‘conspiracy theories’ seem very plausible and strong in today’s day and age.

The issue isn’t black or white. With the growing world of technology, we are looking at powerful tools of information and networks. Many believe that while the transparency of the platforms are great they also lubricate several criminal networks around the world. The stakes in fact are growing. There is a significant amount of data that is captured every minute today. While we might willingly open up about our holiday plans and trips on the Internet, the government accessing private Internet communication is very George Orwell’s 1984 like.

Many might believe this to be more of an American problem, the Snowden episode showed that privacy of people across the globe can be affected. No wonder then that people are now taking steps to ensure security of their private and business data.