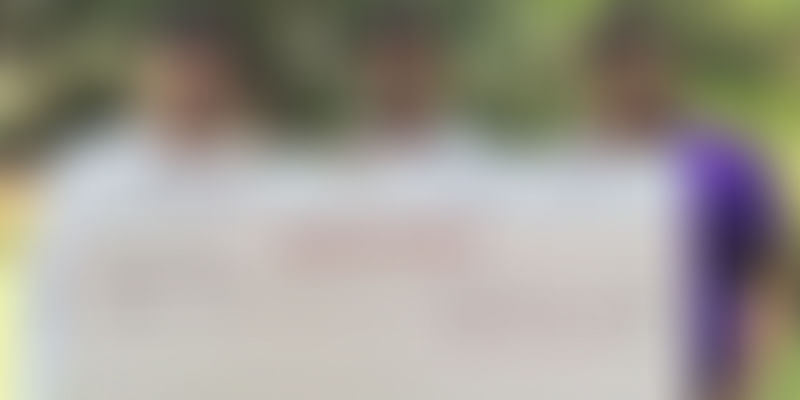 Seed-stage venture fund Prime Venture Partners on Wednesday announced investment of $7,50,000 in KredX, an invoice discounting platform. The investments will be used to ramp up their technology, while opening offices in various cities around the country.

This is the second investment for Prime Venture Partners in almost a month, with the earlier one being in women’s health tracker LoveCycles in March.

Founded in 2015 by IIT-Kanpur alumni Manish Kumar and Anurag Jain as well as Stanford alumnus Puneet Agarwal, KredX (previously called Mandii) essentially is a connecting point for credit-worthy MSMEs to raise working capital, against their unpaid invoices, from individual financers. The financers, in return, receive an opportunity to earn above average financial returns on investments within few days.

While building the venture, the founders discovered that almost 97 per cent of the Indian SMEs reported for having experienced late payment of their invoices, the highest for any country. Further, 56 per cent of the SMEs in India faced working capital issues due to either late payments or unavailability of bank credit.

On an average, customers in India pay almost 34 days after payment due date, while the SMEs already give close to 29 days to make the payment, taking the total to 63 days.

The potential of the market instigated Manish, Anurag, and Puneet to start KredX, which claims to get funding to SMEs within 72 hours of financers buying out the invoice.

On successful completion of work, an SME raises an invoice on a Blue chip company. After raising the invoice, the SME lists the invoice on CredX on a certain discount. According to Anurag, COO, discounts are the main reason for investors or financers to invest. “From an investor’s perspective, the discounts are interest returns (for the time period the cash is invested), whereas for the borrowers (SMEs) it can just be seen as an operating burn to receive faster cash,” he says.

On successful payment of the invoice, the full amount gets credited to the investors directly. But what about the risks?

To this Manish, CEO, says that they don’t promise the platform to be a risk-free one. However, stating metrics he says that if only 2.2 per cent of the total invoices remained uncollected last year, the chances of it being uncollected from Blue chip companies reduces the possibilities even further.

But in any case if the customer and SME goes bankrupt, the financer takes the risk.

However, the firm has a proprietary risk assessment tool. They have three stages while on boarding an SME or borrower. First, they ask the SME to submit certain documents and check on the credit health of the SMEs through their balance sheets, etc. The second stage is physical verification, where the team checks on the office and credentials provided by the company. The last being the credit sale modelling, which calculates the risk involved with the invoices uploaded by the SME, while relaying this information to the financers of the ecosystem.

An example of this risk calculation – an SME has a monthly average invoice of 50 lakh. If it uploads an invoice of 10 crore, the platform will advise financers to not invest more than 50 lakh.

The firm has taken a bottom-down approach, where KredX ties up with Blue chip companies and then partners with their vendors. This not only gives them an insight into the dealings with the vendor, but also allows them to be privy to the internal dynamics, which the corporate holds with certain vendor. Hence, helping the invoice discounting platform to assess better.

How are they growing?

When asked as to how the industry is taking the platform, Manish and Anurag reply by calling it a ‘taste factor’. They say,

“Once the investors sees actual returns coming (especially within 90 days), he/she feels really excited and positive about the whole things. Further, it incentivises them to start referring the platform to more of their peers in their circles.”

The firm claims to have closed and discounted more than 1,000 invoices since June 2015. The average ticket size or value of invoices range from Rs 5 lakh to 1 crore. The venture also claims to be growing at 30 per cent month-on-month.

Although not disclosing the number of SMEs or corporates on the platform, Anurag claims that the platform is seeing a 100 per cent repeat rate with zero invoices been unreturned as of now. Having investors from all over the country, the firm also currently has a strong base of SMEs from Kolkata and Bengaluru. Moving forward, they are also planning to open their offline assistant centres in these two cities for non-online SMEs.

“For us, our investments have always been about the founding team and their differential approach to technology. In this case, we clicked with Manish and Anurag from the first call. We believe that the space of ‘alternate financing’, they are functioning in will be huge considering the market size. Also, you’ll see a lot of activity in the space with things like consumer play coming in to the picture.”

Today, the platform is running with artificial and machine learning machinery at the backend. Puneet Agarwal, CTO of KredX, tells us that after the data is collected from the SME, the platform further goes on to collect the digital fingerprint of the SME (on their permission). Once all the information is collected, a score is created to mark the credit worthiness of the borrower, which is presented in terms of data visualisations of investors. It also informs financers of the date (of payment) and risks involved for the investment. However, it is a no brainer that the platform will get intuitive once more transactions will take place, giving the platform both speed and scale.

Another focus on technology moving forward is the user interface of the platform. Puneet says,

For sure the startup is going after a niche sector, but one cannot deny that the data points collected by the firm is going to power their next level of growth. The consensus between the data and technology is going to be enabler for KredX to run their additional offerings. Moreover, they will also predict trends, while having one of the largest knowledge bases of the SMEs transactions in India.

KredX counts as the 13th investment for Prime Venture Partners, which usually follows a pattern of close to six investments a year.