3 lessons for young entrepreneurs in the legacy of Tim Cook 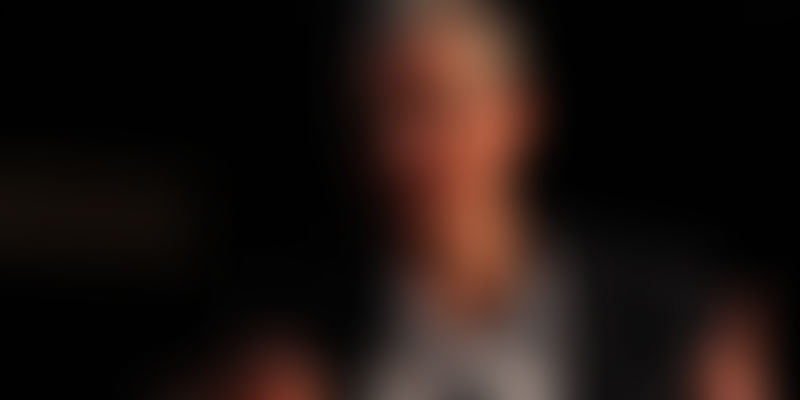 Last fiscal year, Apple managed to earn the highest revenue in its history. We learnt this in the last month’s Apple earnings call, which disclosed the year as the most profitable year ever. The credit definitely goes to the wonderful product line of Apple, which is led by the iPhone and followed by other products like Mac, iPad, iPod, and newcomer the Apple Watch. According to reports, Apple has sold some seven million units of Apple Watch since last month.

Every entrepreneur has a lot of lessons to learn from the journey of Apple. Founded and led by the iconic Steve Jobs, Apple had reached a point where its biggest rival Microsoft invested in the company to save it and now it is seeing its peak. Former Microsoft CEO considers the investment in Apple as one of the biggest mistakes of Microsoft.

A lot has been written about Steve, and now after five years of his death one can watch the movie on his legacy as well. For many, Apple is not more than a shadow of Steve. But now when we look at the position where Apple stands, in term of business and profit, we cannot ignore the role of Tim Cook, who succeed Steve as the CEO of Apple and under whose leadership Apple has seen new heights of profits.

It is never easier for someone to set free the company from the traces of such a strong personality like Steve and build an aurora around his own personality. There are some important leadership lessons young entrepreneurs, especially those who are ready to take the charge of a profitable business, can learn from Tim. Under the leadership of Tim, Apple is not only growing and expanding but also bringing more and more innovations to its products. And this was only possible with a strong plan Tim is following.

Whether you accept it or not, Tim has successfully managed to build his own charisma around Apple and all credit goes to him. Especially when we look at companies that are struggling after their founders left the role of leadership. For example Microsoft, where no other CEO has managed to build such a strong charisma like Bill Gates.

Let’s have a look at the strategy that helped Tim built his own legacy around Apple, which was already surrounded by Steve’s legacy. A three-step strategy does not look difficult to follow, but only strong leadership can follow it successfully.

1) You sit on the shoulders instead of destroying legacy

Every new leader wants to take credit for the success of the company as soon as possible. On the other hand, if the company is declining, one tries to blame the former leadership. In this race of being No. 1, new leaders often try to bring down the legacy of former leadership by negative criticism and blaming them for many reasons. But Since day one, Tim has given more importance and credit to Steve for everything Apple holds today. On the fourth death anniversary of Steve, Tim sent an internal email to his employees:

What is his legacy? I see it all around us: An incredible team that embodies his spirit of innovation and creativity. The greatest products on earth, beloved by customers and empowering hundreds of millions of people around the world. Soaring achievements in technology and architecture. Experiences of surprise and delight. A company that only he could have built. A company with an intense determination to change the world for the better.

Many top leaders would try to bring themselves in front at such occasions, but there’s no “I” words in this whole email. Such small things not only build the trust of team but also the trust of shareholders and board on you as a strong leader.

2) You change the course gradually

Steve was fond of producing great ‘i’ products – either it was an iMac or an iPhone or an iPod or an iPad, all began with ‘i’. Even different services of Apple were names as iCloud or imessage, but it is no more the case. Now we have Apple Watch, not an iWatch, we have Apple Pencil not an iPencil, and there are reports about the Apple Car but not an iCar. There is no difference in the ‘iProducts’ and the Apple Products, but one can understand easily that there is a change not only in the thinking but also in the leadership of the company.

3) You accept past mistakes

Steve got a ‘reality distortion field’. It not only gave him an edge over his competitors, but also became a hurdle for him. One can debate on the reasons that ended in the exit of Steve from Apple in the 90’s, but Apple was getting stuck somewhere after the saturation and tough competition in the smartphones market. One will always give a due credit to Tim, who accepted as opposed to Steve, that the large screen phones were the need of the time and introduced bigger screen iPhone 6 and 6 Plus. This not only stopped the advancement of Samsung in the smartphones market, but also brought the new heights of the profits for Apple itself. Similarly, Steve was the biggest critic of stylus and he though iPad display size was perfect. But now we have the large screen iPad Pro and Apple Pencil, which for many will definitely fulfil the dream of Steve which he saw about the iPads.

Leading the company in a way that not only expands its product line but also profits is not an easy task. Tim successfully managed both the tasks. Apple is not only expanding its product line with successful products like Apple Watch, but also has new heights of profits as well. And Tim made it possible by having a company-centric approach instead of self-centric approach.