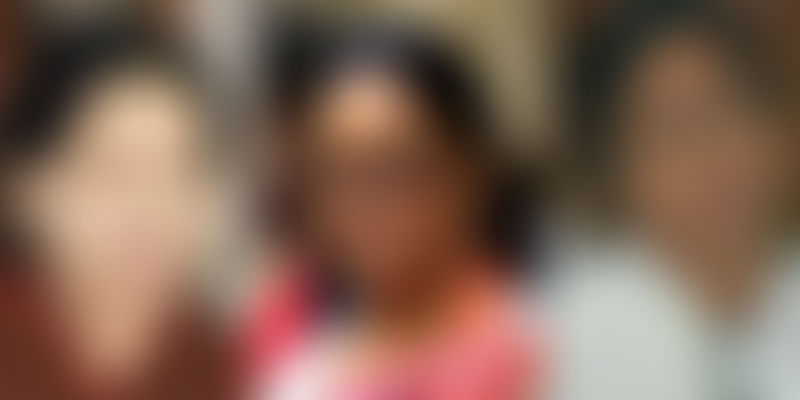 The iron lady of India- Indira Gandhi – became the country’s first female ruler, and at once, cleared doubts surrounding a woman’s leadership qualities. Since then, India has seen 15 other visionary women serve as Chief Ministers, and one woman serve as President. While progress in the representation of women in politics has not been at the rate we would have liked, today, five women have been entrusted the fate of five vibrant and buzzing states in the country. But how much do you know about these women, about how they rose up the rungs, and what their defining moments of glory are?

The first woman CM of West Bengal, Mamata Banerjee is fondly referred to as Didi, and it is an image she embodies

through and through, clad in simple white sarees and maintaining her stance as a people’s leader. She started out young as a part of the Indian National Congress and served various terms as a Member of Parliament from the Kolkata seat after the 1989, 1991, 1996, 1998, 1999, 2004 and 2009 polls. In 1997, Banerjee started the party – Trinamool Congress – that currently occupies Writer’s Building after separating from the Congress alleging corruption in its operations. In 2011, she formed an alliance with them to pull off a historic overthrow of the 34-year-old Communist Party of India (Marxist)-led Left Front government.

Known for: She was voted the most honest Indian politician by the India Against Corruption movement in 2013. She also became the youngest parliamentarian when she first held office, and served as the first woman Railway Minister of India, Minister of Coal, and Minister of Statefor Human Resource Development, Department of Youth Affairs and Sports and Women and Child Development in the Cabinetof the Indian government.

Tamil Nadu’s “Amma” greets you all over the state through life size posters made by her reverent ‘followers’. The actress-turned-politician is currently serving her fifth term as chief minister. She joined the party she would stay loyal to for 35 years – then, the All India Dravida Munetra Kazhagam (AIDMK), now the All India Anna Dravida Munetra Kazhagam (AIADMK) – in 1982, and made an iconic speech that same year, which came to be known as ‘Pennin Perumai,’ or, the greatness of a woman. In the years to follow, she has served as Leader of the Opposition as well as CM, mostly contesting against Karunanidhi of the DMK for the Chief Ministerial seat. A women’s champion, in her first term itself, she introduced almost 57 all-women police stations, as well as other all-women establishments like libraries, stores, banks and co-operative elections. She introduced 30 percent quota for women in all police jobs. The pending Monorail project, proposed in her second term but shelved when she lost power, remains to be a thorn in her side. But her schemes like the Amma Canteen with highly subsidised meals for the masses have painted her as a people’s leader.Landmarks in her journey:In 1989, Jayalalithaa was the victim of heavy violence and borderline molestation inside the house, ordered on her by the ruling DMK party members. The image of Jayalalithaa in her torn saree created huge sympathy for her in the state. Subsequently, she became the youngest CM to serve the state. Last year, Jayalalithaa became the first incumbent chief minister in India to be disqualified from holding office due to conviction in adisproportionate assets case on 27 September 2014. She was acquitted last year, and resumed her role as a result of winning fresh elections.

Anandiben Patel also became the first woman Chief Minister of the swiftly developing state of Gujarat, succeeding Narendra Modi, after the latter was elected Prime Minister of India. Prior to that, Anandiben Patel has served four terms in office, first as a member of Parliament in the Upper House in 1994. She then stepped down to contest Assembly elections with her party, the BJP, and served four successive terms winning from the Patan constituency. When she served as education minister, her scheme Shala Praveshotsav increased enrollment in their schools by 100 per cent. The scheme continues to be the education ministry’s flagship project. Later entrusted with Roads and Development, Anandiben Patel led the connection of Patan and the Narmada canal for the welfare of farmers; created 174 check dams in the region; built one of the largest water filtration plants to provide citizens of Patan with pure drinking water; creating more than 700 km worth of road networks and underground drainage systems.

Lesser known fact: Anandiben Patel’s foray into politics was an accident, when she heroically jumped into the Sardar Sarovar Reservoir on a school picnic to save two drowning classmates. She received a president’s bravery award and made an impression on BJP’s high-level party workers, who invited her to join the party. She joined BJP as the Gujarat Pradesh Mahila Morcha President in 1987. She was also a district-level athlete in her school days, having won the “Veerbala” award for excellence.

Vasundhara Raje Scindia has been the incumbent Chief Minister of Rajasthan since 2013; and, like most women in this list, was the first female Chief Minister of her state. She joined politics in 1985, and served the BJP as vice president as well as in various capacities before she held office in her state and central government. She held five consecutive terms in the Lok Sabha as Union Minister of State, External Affairs, Small Scale Industries and Agro & Rural Industries; Department of Personnel and Training; Department of Pensions and Pensioners’ Welfare in the Ministry of Personnel, Public Grievances and Pensions; Department of Atomic Energy and Department of Space. She then contested the state elections and was elected CM in 2003. She lost the next round and became leader of opposition, and returned to power in 2013 as Chief Minister.Noteworthy measures: Vasundhara Raje’s two-year stint since being re-elected has proved to be one of the most fruitful ones. Getting Rajasthan out of the group of states known as BIMARU, she made it an attractive business destination, ranking 6 out of 32, with landmark events like the Resurgent Rajasthan Summit. She also brought about significant reforms in the state’s labour laws to increase employment, in what got coined as the Rajasthan Model. She has also taken strategic decisions to up spends on irrigation in a state that is semi-arid and drought prone.

Mehbooba Mufti is the newest woman leader on the block to helm a state.when she was sworn in as the Chief Minister of Jammu and Kashmir on Monday. She took oath of office as the whole state wondered why this hadn’t happened a lot earlier as she has been a crowd favourite ever since 1996, when she first stood for elections. The daughter of Mufti Mohammed Sayeed – who founded the People’s Democratic Party – she has held two terms as MP, and three as MLA, before she was selected to step in as Jammu and Kashmir’s chief minister, after her father’s sudden demise while he was still in office. Mehbooba now heads the state with “special status” under Article 370, in a coalition government with the BJP.

Defining Incident: As she only took over a week ago, her crowning glory is yet to surface. However, all eyes are on her state, since poll results in 2014 resulted in a hung vote, and for the first time ever, the INC-National Conference alliance lost, and instead, voted in the BJP and PDP alliance. Scholars cite the convergence of Indian nationalism and Kashmiri regionalism as the deciding factor. And at the centre of this new change is Mehbooba Mufti.