There are many passionate entrepreneurial stories from across the world, but tales of building something by surpassing a personal crisis are the most inspiring. One such story is that of Anjali Rajgopal, a public relations and communications entrepreneur, based out of Chennai. My two-hour conversation with her left me inspired like never before, not only because of the amount of confidence she oozes, but also the life-changing moments that have strengthened her spirit.

YourStory caught up with Anjali, Founder of Touché PR for an exclusive interview, where she insists on how trauma of any form is not the end of the world and that life only gives you struggles that you can handle.

She was a Lucknow-born Tamilian, whose father was a young cop serving in North India under the Indian Police Service when she was a child. “When my mother was pregnant with my younger brother, it was the time of Indira Gandhi’s assassination up North and there were a lot of riots and bloodbath everywhere. So, we moved as a family to the South, to Chennai with my dad’s service transfer. He actually started disliking his job due to rampant corruption in the South. After a few years, my dad chose the entrepreneurial path and began managing his own business,” Anjali says.Anjali completed her Class XII in Sishya school and a foundation programme in ‘Economics and Political Science’ from the Cambridge University in United Kingdom. She then wanted to join the undergraduate programme in ‘Economics and International Relations’ in the United States. At this juncture, her life changed overnight.

“It happened on March 16, 2002. I was about 19 years old. My mom, her friend and I were travelling in our car on the Chennai – Bengaluru highway. Our car collided with a huge cargo lorry that came from our left at a road intersection. There was no air bags system at that time. I was the worst hit victim of all and I had 455 skull fractures. I had also lost my sense of smell. I was admitted at the CMC, Vellore hospital.”

The accident had left Anjali’s skull in an almost unimaginable state. “My skull was almost equivalent to powder. I wasn’t even a human being. I didn’t have a face. My vision and sense of smell were gone. I contracted meningitis at the hospital. All I could hear was people screaming around me. My consciousness was floating in and out. The essential fluids from my brain which were necessary to keep me alive were leaking out,” she recalls. Anjali had to fight for her life in that condition for the next 50 days.She had also lost her memory power. “Every morning, my dad would remind me my name, my age and what had happened and I would forget them all over again. I used to think that I was sleeping but actually I had lost my vision. I had to be shifted to some other hospital for treatment because at that situation, my bones could not be left to re-grow on their own, else they would lead to deformities. But the scary part was if my head moved, I would be dead because the fluids were leaking badly.”

Although she was shifted to another hospital temporarily, doctors could do nothing more than try to keep her alive every other day. At that point, she had no idea whether she would get up alive or just remain in the vegetative state for the rest of her life.

“But still, I kept telling myself that it will get better. I told myself that nature had taken a decision for me but I was not going to accept it. A kind of anger started growing within me which I decided not to let go off. “

Anjali was later shifted by air and admitted to the Cranio-Facial Reconstructive Center in Chicago where she underwent numerous surgeries that kept her in the hospital for 10 months at a stretch sometimes.“Through these times, I didn’t see my face in the mirror. One night at the hospital, when I had to use the restroom, I pushed my wheelchair on my own and moved. That was the first time I accidentally looked at myself in the mirror in the hospital. I felt completely broken. Nobody had mentally prepared me for what I was looking at, in the mirror. I couldn’t believe that I was looking at myself. I was alone at that moment and felt emotionally unsupported to handle that.”

With help of the surgeries, Anjali’s face was reconstructed with metal and bone graft.

“I was fighting. I was in a situation where if I was mentally dead, that would be the end. I strongly etched the thought of ‘no giving it up’ all way through,” Anjali says.

After this period, it was essential for Anjali to cope up with her completely new appearance. It was not easy again and she required a lot of mental strength to overcome that.

“Sometimes, I used to feel unappreciated and I judged myself harshly. I also joined University because I had already cleared my exams even before the accident. Making friendships was not easy. But, I did find a few valuable friends who supported me, despite the differences.”But the struggles still continue. “I still struggle with partial vision in just one of my eyes and lack of taste buds,” Anjali says.

Now, life has evolved for Anjali a bit. After turning entrepreneur, she runs her own public relations firm. She established Touché PR in 2013 in Chennai. Speaking on how women in this particular field are performing, Anjali says, “There is a glass ceiling for women. There is a misconception that PR is about partying and celebrities. I want to break that. As a woman, I want to establish myself in brand PR, strategic communications etc.”

While working on this dream company of hers, Anjali also intends to carve an identity for herself and help others discover their own identity, through another initiative she is about to launch.

“It has taken me nearly 10 years to make my entire life experience as my strength. So, I decided to launch ‘Face It’, an initiative to bring traumatised people out of helplessness through therapy and counselling. We are working on building the identity of this initiative and will soon roll out for people to get in touch and take the conversations forward.” 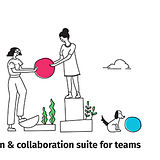