Reading between the new FDI guidelines in e-commerce 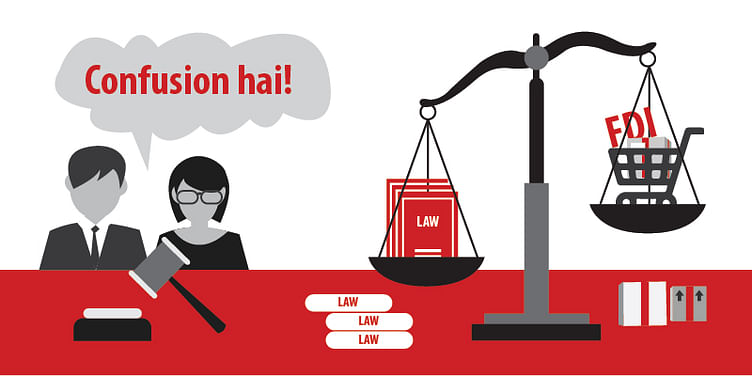 The recent guidelines issued by the Department of Industrial Policy and Promotion (DIPP) relating to foreign direct investment (FDI) in e-commerce appear to have evoked a mixed response from the industry. Some people term it as ambiguous with much of the literature left to interpretation. The impact of the new guidelines could spread beyond the deep discounts that many have already written extensively on.

An e-commerce activity refers to ‘the activity of buying and selling’ by a company through the e-commerce platform. It further clarifies that such companies would engage only in Business to Business (B2B) e-commerce and not in retail trading and concludes that FDI restrictions in domestic trading (or physical retail) would also apply to e-commerce.

In contrast, the new guidelines define e-commerce to mean the “buying and selling of goods and services including digital products over the digital and electronic network”.

What changes in the definition of e-commerce?

The guidelines also define ‘inventory-based’ and ‘marketplace’ models of e-commerce. In an inventory-based model, the entity owns the inventory it sells, and in the latter, the entity is only a facilitator. For example, if FabIndia were to sell its clothes through its own online store, it would be an ‘inventory-based’ model. Were another online entity, say Flipkart, to sell FabIndia’s clothes online (hypothetically), it would be termed a ‘market-based’ model. Per the guidelines, FDI shall not be allowed in an inventory-based model but 100% FDI is allowed in the market-based model. Further, the guidelines provide that a marketplace entity may provide support services in the form of logistics or warehouse or call-centre or payment collection support.

Per se, hosting an online marketplace is not expensive. Is it then fair to deduce that entities can form another company providing such support services where FDI maybe allowed?

Are some of the conditions provided in the guidelines imposing? Two in particular stand out.

So would the next 12-18 months differentiate the ‘winners’ and provide them the holy grail of digital e-commerce, a defensible moat? To borrow from Shakespeare, we know not what it is, but know not what it may be.