FedEx acquires rival TNT Express in a $4.8B deal 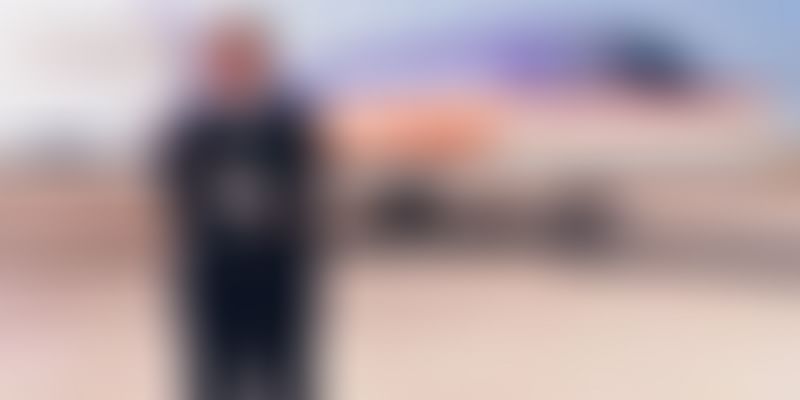 FedEx or Federal Express as it was originally known till 2000, was founded in 1971 by Frederick W. Smith as an air transport and logistics company. Within three years of the founding of the company, Federal Express was on the verge of bankruptcy. It was losing over $1 million a month, due to the rising fuel costs. At its zenith, the company had just $5000 to its name. Frederick made a final pitch to General Dynamics for more funding but that request was turned down.

With the company on the verge of bankruptcy, Frederick flew to Las Vegas and played Black Jack that weekend with $5000, all of the company's remaining company funds. On Monday, the company's management had a pleasant surprise as FedEx had $32,000 in its bank account, which was just enough to cover the fuel for their planes and to continue operating a few days more. Soon after, the company was able to raise significant amounts in funding and grow.

Over our 43 year history, FedEx has repeatedly reinvented and revolutionized the industry, from the first overnight express service backed by a money-back guarantee to the invention of internet shipping.

Thomas Nationwide Transport on the other hand was founded in Australia after the second World War, when Ken Thomas started the company with a single truck. At the same time, Hungarian immigrants Peter Abeles and George Rockey had formed Alltrans. In 1967, Alltrans merged with Thomas Nationwide Transport, and the combined companies became TNT Ltd., operating then in both Australia and New Zealand.

In May 2011, TNT N.V was set up as a standalone company, when TNT Express and TNT Post were separately listed on the Amsterdam Stock Exchange. At the time of the acquisition TNT Express was operating in 200 countries around the world. Frederick, Chairman and CEO of FedEx said,

We are proud to celebrate the joining of two iconic companies and the approximately 400,000 team members. The timing of this event is important, particularly in the current market environment where global e-commerce is growing at double-digit rates. Adding TNT’s capabilities to our existing suite of services, including GENCO and the recently relaunched FedEx CrossBorder, will further expand the ability of FedEx to support business connections around the world.

Now that FedEx has acquired TNT Express, the integration process will begin immediately. FedEx has track record of successful acquisition integrations in the U.S. and with this integration, the combined companies aim to leverage investments in technology, infrastructure, facilities and operational capabilities for long-term growth. Alan B. Graf, Jr., FedEx Executive VP and CFO believes that this strategic acquisition will add significant value for FedEx, particularly in Europe where FedEx will establish a strong new competitor.

In the near term, customers can expect to interact with each company as they always have had. Once the integration is complete, FedEx expects customers to enjoy an expanded global offering that draws upon the breadth of expertise from both companies. FedEx competes globally with other global courier delivery players like DHL and UPS.