From the beginning, the North-East of India has remained more or less isolated from the rest of the country. It shares just about 55 km of border with India and is surrounded by over 5, 000 km of international border with China, Myanmar, Bhutan, and Bangladesh. Naturally, the richness of the region has remained largely hidden from the public eye, which hasn’t tapped in to this ‘green goldmine’ of many unique fruits, vegetables, herbs, and medicinal plants.

But a relatively young and highly-motivated team at Zizira has begun work in Meghalaya – a state richly endowed with a salubrious climate, abundant water, and rich soil –all of which are enabling nearly 70 percent of the population to engage in agriculture; by default, many follow organic methods of cultivation. Started in 2015, Zizira’s vision is to ‘pioneer the development of natural products, proving the underutilised potential of the region (Meghalaya) in a way that sparks a movement.’

The story behind Zizira

Joanna and her husband, Ralph Budelman visited India in the 1990s. In 2004, they co-founded Chillibreeze in Bengaluru; one of the first virtual writing companies of India that provided a platform for professional women, who were on a career-break, to work remotely. The same year, the duo visited Shillong on a leisure trip. Recollecting the warmth of the locals, an excited Joanna says,

People are simple and so grateful for whatever they have. I particularly remember how families would pray before they had their tea and how the Khasis would always offer kwai (betel nut) to their guests, no matter how poor they are. Their creativity and humanity is what brought us to do business here.

So, the following year (in 2005), Chillibreeze added design to its portfolio and moved operations to Shillong. Joanna says,

It was a really firing situation; to move from a Tier-1 city to the North-East where there was no existing company that we could look up to as a role-model. The hardest thing about starting up and pioneering is breaking ground that had never been broken. But perseverance and ethics go a long way.

Over the next decade, this company grew to become one of the most-known companies in Shillong boasting a steady workforce of 60 people. A proud Joanna says, “We have worked with renowned players such as Microsoft, Pepsi, and Walmart. And it’s amazing to see the entire journey of these people who never had a job and were raised by Chillibreeze and how they have blossomed.”

Talking about revenues and numbers, she says,

Our company has been profitable enough that we have a reserve. And to mark our decade-long presence in Meghalaya, we decided to invest back in the North-East by creating long-term sustainable potential, and that’s how Zizira took birth.

A lean startup model, Zizira is constantly looking to discover unique crops that will grow and flourish in Meghalaya and process a new, high-profit product for both the company and the farmers. Currently led by a young team of Chillibreeze members, who are utilising their web marketing and designing skills, Zizira is a small e-commerce company that has started selling its high-potential products nation-wide. Its vision aside, what sets Zizira apart is its exploration to discover the unique products and potential of Meghalaya. To do this, it works closely with varied stakeholders; farmers, scientists, academicians, the government, and institutions such as Indian Council of Agricultural Research (ICAR).

Among the many products the company is offering are – unpolished black sticky rice, high-protein black Colorado quinoa, high curcumin Lakadong turmeric powder, winged prickly ash powder and bird’s eye chilli – all of which have benefits in abundance. For instance, the black sticky rice has high antioxidants, phytochemicals and fibre, which significantly lowers the risk of heart diseases, diabetes and cancer. It’s a little known fact that this variety has double the fibre as the much-hyped brown rice. The ‘high-curcumin Lakadong Turmeric powder,’ which is sourced from Meghalaya’s Jaintia Hills is one of the finest in the world with its high curcumin content that has anti-inflammatory properties. Another interesting traditional product is Sohdanei, an alternative to lemon and lime, which is an evergreen fruit in the state also known for its medicinal properties such as improving digestion and weight loss, and treating blood cancer.

The company also sells a range of spices, dry fruits and teas. Recently, it has tied up with e-commerce website Amazon, to make availability wider and easier. Joanna says,

We are more focused on the Indian market and don’t have plans to be an export company. We believe that Indians are passionate about unique food and Zizira is working towards creating a dent in that.

Even though the state’s agrarian population stands at a staggering 70 percent, there are many factors that are holding back the potential of Meghalaya’s agriculture sector. As Joanna highlights,

Given that only 2 percent of the entire area is connected to the rest of the country, there is the lack of a proper supply-chain which has severely impeded trade and commerce. Inaccessibility and lack of storage facilities (none provided by state government) don’t allow farmers to engage in large-scale production.

Lack of mechanisation is also another major hurdle; the high curcumin Lakadong turmeric is manually cleaned, sliced and dried adding labour costs and forcing the farmers to sell it at a lower price. According to Zizira’s research, if the farmers are able to adopt mechanisation, the selling price would be higher too. For instance, it’s currently sold at Rs 180 – 220 whereas it can actually be sold over Rs 300 a kilogram.

Challenges are a plenty. And Zizira has just stepped in to the space. According to Joanna, “Our current focus is to learn the market trends; what crops farmers can grow to increase their incomes; and how best can we truly unlock the local potential in a long-term and sustainable manner that others can follow.” Her husband and CEO, Ralph, says,

We want to raise up our network of farmers to be entrepreneurs such that they experiment with planting unique crops, understand potential trends and dynamics of the sector; and improve their own livelihoods.

Zizira has been operational only since September 2015. It already has a consortium of nearly 100 farmers from whom all the sourcing happens. The team is exploring unknown crops and how to create a market for them, which can provide farmers a safety net, every day.

There are few companies, which aren’t about numbers and rapid expansion; Zizira is one of them. When asked about growth plans, Joanna fondly recalls a story of Sequim, a small town in Washington that spent 20 years transforming its arid farmlands in to a purple paradise; to be finally nicknamed as the “Lavender Capital of North America.” Today, it’s a major tourist destination and produces some of the best high-quality lavender in the US. Joanna hopes Zizira manages to do the same for Meghalaya’s agricultural sector. Aware that it’s a hard path ahead, she says, “We are on a slow road and aren’t looking for any quick wins.”

Ending the conversation, Joanna sums up her and her husband’s beautiful journey in Meghalaya and gives a piece of advice to budding entrepreneurs,

Do something that most aren’t willing to because that’s what will be worthwhile, and you will break in to new areas that you didn’t even know existed.

In a remote corner of Garo Hills, Meghalaya – the story of Two designers, Three Machines and Three Seamstresses 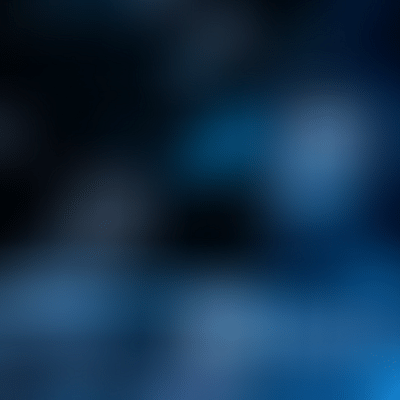 How to build a startup like Unacademy and WhiteHat Jr: Pratik Poddar of Nexus Venture Partners