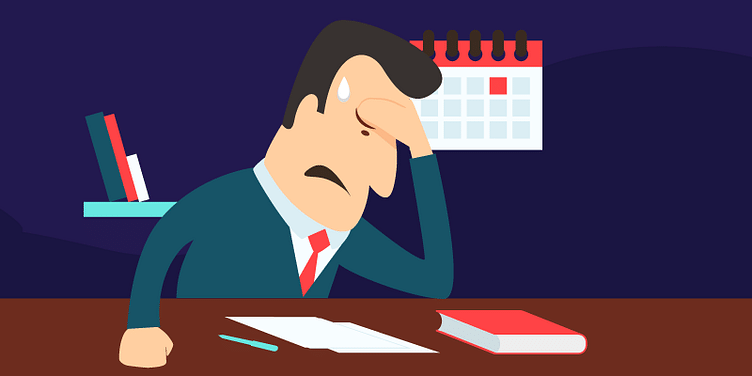 In this day and age of entrepreneurship, there are startups that take care of basic needs such as food, clothes, and a roof for shelter. If you’re hungry, there is Foodpanda. If you have a party to turn to and can’t find anything to wear, there is Myntra and Jabong to the rescue. And Housing.com provides, well, housing.

India is seeing a growth phase under the leadership of able people. However, there still exist many challenges that need to be addressed. To solve these challenges and problems, the country as a whole must be engaged, and talent must be brought from outside the government domain, especially where domain knowledge or entrepreneurial leadership is required. People who are passionate create great things, and companies that aspire to solve bigger problems do much better than those who just look around for funding and money.

A combination of talent and diverse experiences backed by strong political will are the key ingredients to coming up with out-of-the-box solutions to address the many challenges we face as a developing country. We look at some of the real issues in India that startups can aim to address.

One of the most critical needs today is access to good healthcare. Billions around the world, particularly people in the Indian subcontinent, struggle because they do not get proper access to healthcare. Even those with access have a sour experience. We have apps that let us book movie tickets and seats in a jiffy or even find that perfect restaurant! However, finding doctors is still unbelievably tough. Patient records are either maintained in fat files or if they are online, they are often not accessible or understandable. Doctors do not usually have the time to go through all the reports and this may lead to a compromise on the health front.

Health-based startups can address a lot of issues plaguing instant access to healthcare in India. Healthcare is undergoing a major change and smartphones will soon replace doctors for more than 80 percent of health-related problems!

State-sponsored mass transit systems are unable to keep pace with people, private enterprises haven’t been able to do enough, and dated regulations have not allowed them to do enough to try to fill the breach.

Private car ownership has exploded and so has the surge of taxi majors like Ola (in 102 cities with 20,000 vehicles on its platform) and Uber (announcing billions investment to expand in India). The explosive growth of newer options such as Uber and Ola shows there is a massive need for public transport options because not everyone can afford these cab services, and private enterprises can fill the breach left by state-sponsored infrastructure.

Lack of sanitation is a major problem in developing countries like India. Much deliberation has given way to the fact that the private sector is needed to tackle sanitation service problems. It is imperative to invest in solutions by offering different sanitation products and services at appropriate prices. Improved sanitation is considered to be a huge market for private businesses, since 2.6 billion people or 41 percent of the world’s population until now does not have access to basic sanitation. An increased focus on sanitation and hygiene is something that can be a motivating idea for startups. Sulabh is a glaring example of a startup that began work in this area and has today raised the benchmark for many others in this field.

Urban areas of India generate 1,88,500 tonnes of municipal solid waste (68.8 million tonnes per year), and waste generation increases by 50 percent every decade. More than 80 percent of this waste reaches open dumpsites causing public health issues, environmental degradation, and resultant climate change. Plastic and e-waste form the major chunk of this waste, with minimal facilities to take care of such environment degrading substances. India needs to find solution to these problems. Fresh and innovative ideas in consonance with the ambitious Swachh Bharat Abhiyan are required to solve this problem, which otherwise can have drastic repercussions in the near future.

Pollution in India is a definite offshoot of many other environmental problems ‑ be it air, water, land, or noise. New technologies have the potential to revolutionise the way air pollution research and policy are conducted, with a more efficient people-focussed approach. Technology can also help harness new sources of energy. One major source of environmental emissions are cars. A typical driver spends 106 days of his/her life looking for a parking space. This commute itself contributes to increased traffic and air pollution. India needs smarter transportation options as well, and this is where startups can pitch in apart from other ways to tackle pollution. One such way is carpooling; this will have a two-way benefit in the form of reducing pollution (both air and noise) and the traffic on the roads.

The odd-even traffic rule imposed by the Delhi government to combat toxic air pollution in the national capital also kicked off on a good note. An MoU signed between the Delhi government and University of Chicago in December 2015 was a step aimed at combating the pollution levels in the city. A two-month-long challenge called the ‘Urban Labs Innovation Challenge – Delhi’ was planned under this to invite fresh ideas to improve air and water quality in the capital. The best idea would be rewarded with a seed fund of Rs 2 crore.

Startups are now making a beeline to address this issue and they are the best in the field both in terms of technology and intelligence. Smart Air Filters, a Delhi-based startup, produces an indoor air purifier that is highly effective against PM 2.5, the primary air pollutant affecting urban Indian cities. This PM 2.5 results from combustion, such as exhaust from cars and trucks (diesel and petrol), coal production, and other biomass burning.

Higher education in India was earlier limited to only a handful of people who could afford training and coaching. Coaching institutes and classes were meant only for some. Today, despite increase in incomes, access to quality learning is still limited to what is available to students around. This is where startups are and can be the game changers. Ed-tech products have proved to be a boon in this regard.

Gaming is an addiction with the younger generation who feels happy and satisfied with rewards. Why not then change study into play and develop apps that can educate students while making it a child’s play, literally! More such innovative and out-of-the-box ideas are the need of the hour for easy access to quality education. Education in India is undergoing a transformation like never before. Ed-tech startups can thus champion the cause of access, quality, and performance.

A simple device like an incubator needs continuous supply of electricity. In smaller towns, particularly for hospitals catering to old people and new born babies, electricity cannot be a major impediment. It has to be a way ahead. Innovating products and services around the conditions prevailing in the country is the need of the hour. One such condition is unreliable and fluctuating power, particularly in the rural and semi-urban clusters. This does not need any fundamental technological breakthrough but innovative solutions.

There are problems related to phase balancing, overload, and loss in the distribution network as a whole. A Bengaluru-based startup has come up with an innovative product that guarantees zero power loss due to theft and commercial reasons. The product designed by them enables peak reduction without causing any inconvenience to customers. It also eliminates the need for power cuts and automates the entire power distribution, billing, and payment processes.

The National Crime Records Bureau (NCRB) reveals that there were 3,09,546 incidents of crime against women in 2013 in India. Crimes against women have only shown an increase in the last five years. Safety is definitely one of the growing concerns in our country, particularly with regard to women. Technology and access to it can solve many issues that women face in their day to day lives. Many startups have already taken the initiative to introduce products in the form of apps to ensure safety for women. They utilise features like GPS tracking, safe and unsafe areas on maps, ways to send alerts to emergency contacts, and scream alarms.

In most semi-urban areas of India, the tap gets water every two to 10 days. However, mostly it is difficult to say which days. Another point to ponder is whether this water is fit for human consumption or not. Access to clean drinking water is one of India’s biggest challenges. A growing population, rapid urbanisation, and the growing demand for water from agriculture, energy, and industry are the other contributing factors. According to UNICEF, only a quarter of the total population in India has drinking water on their premises and nearly three-quarters of all diseases in India are caused by contaminants in the water supply.

As an example, P. Lakshmi Rao, a self-made entrepreneur, has decided to ensure that people have access to clean drinking water. In November 2015, she launched the water ATM facility, where people can draw a litre of clean water for as little as Rs 5. This water ATM purifies the water extracted from ground water and municipal corporation water. It is no ordinary purifier. The machine follows a seven-stage water purification process.

Startups are the right platform for innovative solutions that can provide access to clean water in the country.

In India, where crime rates shoot above the roof, the need of the hour is for innovative and technological solutions to prevent and address crime. Much has been spoken about funding for startups, but are the entrepreneurial minds developing something to address crime?

For instance, Shruti Dixit is one among the many entrepreneurs working to solve this problem. Deeply disturbed by the molestation and rape incidents at schools and a parent herself, she decided to develop mySafeBus, a hardware smartphone-like device that is embedded with a software, and can be fitted in school buses for real-time visual surveillance and monitoring. While technology is one of the ways to monitor crime, the solution is not this alone. Changing the fabric of the society and the government is also imperative.

India is changing everyday and it’s changing to get better. Although, India does not require the ‘cut and paste’ innovation, it needs to address these issues by creative ‘out-of-the-box’ thinking and resolve various pain points which are not addressed by the traditional ways. At present, there are more than 3,100 startups established and running, which are focusing and working tirelessly to address various pain points to make our lives simpler and efficient. However, the challenges mentioned above still require serious contemplation and robust solutions.