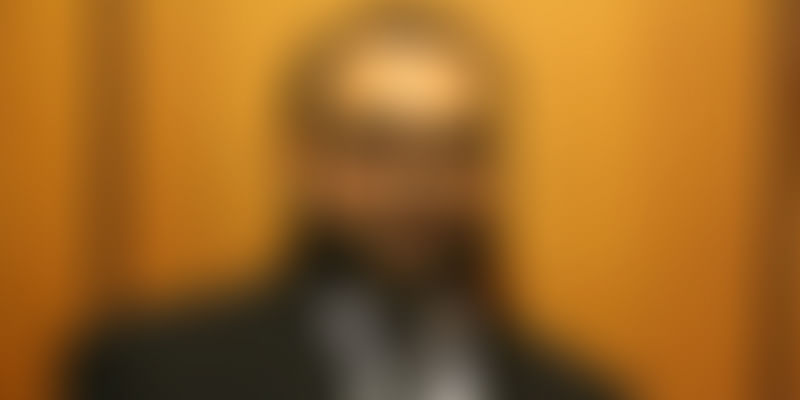 Gamer Vitek Goyel hatched a plan B with doubled up as his B-Plan, when he was but 22 and doing what he did best: slamming it out on his console. “I had been a gamer ever since I was a little kid, and all through college there was this huge IT boom happening in India with outsourcing etc. I wondered what if someone wanted outsourced game development?’” says the 34-year-old founder of a company that has found its feet in helping your virtual experience be as real as can be.

The kid’s got game

Vitek graduated from RPI in New York with a Bachelor’s of Science in Electronic Media, Arts and Communications. Upon graduating, he was looking for job opportunities, but nothing really turned up. “I think I was just too 'out there' to take on a corporate job, so I wasn’t getting anywhere with the job hunt. I decided to take a risk and start my own company, and Pixeltek started as a one-man show in 2004.”

In the early days, he saw that development costs for games were huge. In the heyday of the ‘next gen’ consoles of Xbox 360 and PS3, developers would look at any way to bring those costs down. “We used that opportunity to offer our services to them, and show the value of offshore production,” says Vitek.

Pixeltek started out as a very niche offering – game art outsourcing, and within that small subsection, they only did 3D modeling and texturing. Over the years, they expanded to include other services for game developers, including end-to-end development, sound design, animation etc.

“We struggled for the first couple of years to be taken seriously. However, we got a lucky break in 2006 when we got a big project from one of the world’s largest entertainment companies,” Vitek recalls.

Gamification of the gamer

He then went on to amass some big-ticket clients like Hero Group, Sterling Holidays, Genpact, Smaaash, and more. Pixeltek also left its mark overseas and worked with global companies like Ubisoft, Atari, Sierra, Vivendi, to name a few.

When the virtual reality (VR) revolution gained form, Pixeltek wasn’t one to miss the bus. PixelTek’s umbrella expanded to take on the newly booming space, which became a core chunk of their business. "The great thing about VR is that its uses are pretty much limitless.

The company created VR-based experience for everything, from real estate walk-throughs to training simulations, and also several experiences for marketing platforms.

Pixeltek created an app that takes one into a virtual room through computer-simulated reality, so you can visualise the design even before your flat is furnished. It took this technology to Hero Homes, a discovery portal that simplifies the shopping experience for home and décor.

This app basically shows clients exactly what their residential apartments would look like before construction has even begun. Clients can walk around the room untethered and experience everything.

“We have virtually created the entire township and a built a walkthrough, with animated characters who show you all the features and walk you through a show flat as well,” Vitek adds.

Hero has seen massive benefits from using this technology, and they not only set up a VR experience centre in their sales office, but also signed off on multiple VR-based walkthroughs for their upcoming projects in Punjab. “Real estate is certainly the lowest hanging fruit for this technology, but what we’re very passionate about is the training and education space. We are currently developing training tools for some of India's leading vehicle manufacturers, as well as BPOs such as Genpact. We've seen a crucial impact in terms of savings, be it on consumables in the case of training, or efficiency caused by experiential-based learning,” he explains.

Apart from the above, they have also worked in the entertainment space, having created VR-based rides for Smaaash Entertainment, and experiences for companies in fields as diverse as biotech, holidays and resorts, and many more.

With the rise of their VR wing, they are now targeting all sorts of entities – from brand managers, marketing directors to teachers, doctors, biochemists, military personnel and more. “We have seen a lot of growth, especially since taking on VR projects. Where earlier our revenue was 100 percent game based, now we see 2x coming just from VR alone,” Vitek says.

The global games industry was recently valued at over $1 trillion, and the VR space is poised to grow to $150 billion by 2020. Other companies using VR to augment the home decoration experience are homelane.com, the funded SmartViz that builds ‘immersive technology’ solutions using VR for real estate and other industries, and Ahmedabad-based startup The Roots, which is hoping to close the year at revenues of Rs 10-15 crores. Vitek, though, opines that the stiffest competition surfaces from Chinese and Eastern European countriesthatare setting up shop in India, or the larger ones like EA, currently one of the market leaders.

As far as the overall applications of VR are concerned, the industry has players like Meraki, Absentia, SmartVizx, Tesseract. While Meraki will create immersive experiences for tourism clients, SmartVizx and Tesseract are funded for $500,000 and $200,000 to build software and hardware for VR, respectively. They are all on pilot mode. VR is considered the third large paradigm shift in technology, after web and mobile. Now that Facebook and Google are aggressively building for consumers, adoption would speed up.

Pixeltek, completely bootstrapped so far, is now in talks with investors about raising a potential round.