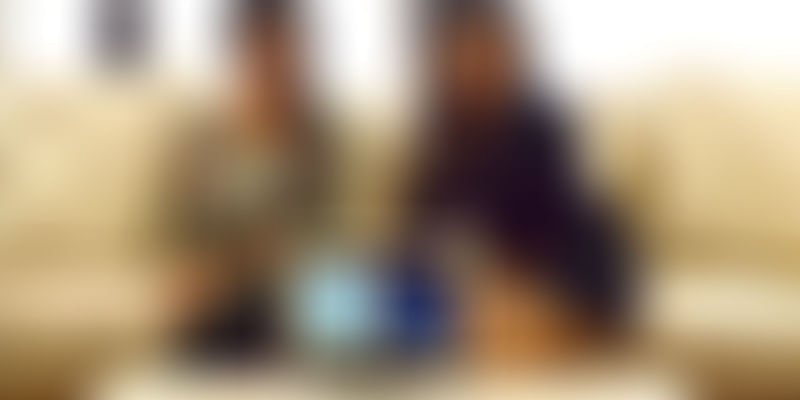 For this duo, it all brewed over a cup of chai. From being colleagues to close friends to co-founders, Nikita Burman, 24, and Bhavishya Bhan, 27,were working together at Zomato when they realised that restaurant owners had several pain points. Communicating with different points of contacts was leaving the restaurant owners with no time to optimise on any one platform. Moreover, this also meant that they were left with little or no time to do their core work. Nikita and Bhavishya realised the pressing need for a solution that could put an end to all these problems. After numerous discussions over cups of tea, the duo founded The Bluebeans, an agency that could take care of the end-to-end digital marketing needs of restaurants in early 2015.

“It was indeed a conscious leap,” say the founders, recalling the time they took the entrepreneurial plunge.

Starting up and challenges

Nikita and Bhavishya got their first few clients on board by talking to restaurant owners they had met during their stint at Zomato. However, like every entrepreneurial journey, this one came with its own set of challenges.

“Hiring was difficult as ours is a human-driven business. We wanted a fully dedicated team with no compromise on quality. Yet, we also realised how difficult it was to make people believe in your beliefs, especially when you plan to bootstrap.” They say adding they had tears of joy when their first employee quit his cushy corporate job to join them. From then to now, Nikita and Bhavishya have come a long way as they’ve now built a team of 15 members.

The Bluebeans currently offers its services to 40 restaurants in Delhi NCR, and will also be expanding to Dubai. Why did the founders choose an international market when they could expand in India?

After the business started growing in Delhi NCR, and The Bluebeans started making profits, the founders started exploring different markets with a view to expand. It was during this time that they discovered the thriving F&B industry in Dubai.

“The restaurant owners there were acclimatised to working with agencies, and hence, along with a relatively higher ROI, we also felt that they would be able to understand the kind of services we offer”

While the major chunk of the team is based in Delhi, two people take care of sales and client servicing in Dubai.

The bootstrapped startup is growing fast, but the founders have no plans of raising funds anytime soon.

“Sometimes, the best option is not to seek funding at all, but rather to cut corners wherever you can and make things happen. It also helped us focus on clients and execution and build traction without outside interference,” they reason.

The startup is currently growing at a rate of 15 percent MOM.

“We were also able to set up our business in Dubai solely out of the profits that we earned in India say the proud founders.

The market size and competition

With a new agency popping up every other day to capture a share of the market, it will be interesting to see how The Bluebeans fares as it will be taking on various big players operating in the four areas they are servicing.

While taking on the industry is a broader challenge, Nikita and Bhavishya have also dealt with gender-specific challenges.

“It certainly is tough, even in these advanced times. The late-night meetings and all nighters were never appreciated. The biggest concern for both our families was, how do we ‘settle down in life’ and ‘who would like to marry us?’ One day, a male client casually expressed a concern on what would happen to the business once both the founding female members get married. “Without a blink, our prompt reply was ‘The same that happened to your restaurant when you got married’,” they share.

But instead of feeling let down, the girls chose to study the market well and doing what they do best, solve real problems. They are now looking at achieving the same success in Dubai as they have back home.