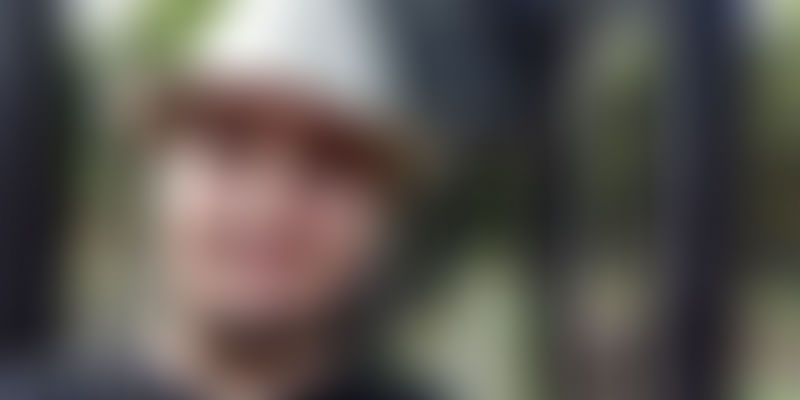 The first lesson on barter for every kid is mostly through comic books. Researching carefully on what comic to read, painstakingly finding out which kid in the neighborhood has it and convincing him/her to exchange it with a comic you’ve got. Those were the days!

However, the craze of comics is no longer limited to children as adults are also equally hooked onto them these days. Case in point is the Comic Con. While the number of people who attended the Comic Con in 2015 in India was lesser compared to the previous year, the buzz isn’t dead. With the growing number of Indian writers, artists, and publications in the scene the market space is poised to grow.

Twenty-six-year-old Rajeev Tamhankar, a 2012 silver medalist from IIT Roorkee had always been a comic buff and an avid writer since childhood. After graduating from college, he joined Flipkart to work on private label brands. During this stint, he authored the book Get corporated before you get fired!, a corporate satire. Post it’s launch, he received feedback from a lot of the book’s readers about how it would have been more interesting if the book was in a graphic novel style. Around the same time, Rajiv was also working on a script around the mysteries of the submerged city of Dwarka, under the title ‘Varun,’ which was being written in the format of a novel. Rajeev realised that there was so much happening in the script that it seemed much more fun to present it using graphics. That’s when the idea of a comic books startup struck him.

He decided to build a platform called Thought Bubbles Studio (TBS) and wanted it to stand for imagination, creativity and freshness. Since he wanted TBS to be a complete planet of imaginary heroes, villains and events around them, he also came up with the brand TBSplanet.com.

“Comic book business is quite complicated to start. You need to get the right stories, the right sketching, inking, colouring, printing and top this with the regular business requirements of sales, distribution, marketing, logistics, finance and operations. For me, getting the first team to sketch and colour was the biggest challenge. I searched for over four months but was unable to find quality work,” says Rajeev, speaking of his initial challenges in starting up in the comic space.

But when you really want to do something, things automatically seem to fall into place. It so happened in Rajeev’s case that a school friend with a studio in Gujarat agreed to work on his first project, ‘Ved’. Armed with design help and his own writing prowess, Rajeev then started working on building the in-house team, which now has five members.

The team is working on a range of comic books and graphic novels projects, which include creating Indian superheroes, corporate humour, political satires and household comedies. “From conceptualisation to getting the actual product on shelf is a complicated process,” says Rajeev, while explaining how the entire business is heavily dependent on ideas, hence making it a lengthy process. So how does the team go about it?

Once a concept is ready, the writers get to script it. This is followed by a preliminary edit. The edited script is then followed by story-boarding. Based on these storyboards the illustrators get to sketching, inking, colouring and lettering. After this process, the book goes in for a final edit and is then submitted for a sample print. Once this sample gets approved, it goes for mass printing.

But the speculation around the Indian comic industry is aplenty, with many questions being raised about its lost sheen and the end of the era of Amar Chitra Katha, Tinkle and Chacha Choudhary, all beloved and iconic indigenous comics.

The graphic novel as a genre is taken very seriously in the West, raking in hundreds of millions of dollars in sales every year. It has repeatedly attracted the fancy of Hollywood, where comic book crossover movies are box-office hits. In India, however, despite the large fan following for international comics, indigenous comics have only now begun to shed their Tinkle-AmarChitraKatha-ChachaChoudhary shell.

But Rajeev is hopeful.

“I believe as long as there is fresh content coming up, the industry will keep flourishing. After all, we all love to read good stories. And that’s why it has been flourishing in US. The Indian comics industry had seen a spike in eighties and nineties, with popular characters like Chacha Chowdhary, Pinki etc., which connected with the Indian masses. I think it is always the content which is important. Movies, social media, videos, books are all just different mediums of communicating content. Thanks to the advent of events like Comic Con and movies around action superheroes, comic books are gaining popularity once again,” Rajeev says.

TBS is competing with DC, Marvel and all other leading comic books and graphic novels.

“When a comic fan visits a bookstore, he has variety of options –from TinTin to DC to Marvel. And yet for him to choose our book, our content has to be very relatable, fresh and exciting. We aim to do exactly that,” says Rajeev, adding that their USP is that the story, characters and events are with an Indian backdrop, hence making it relatable.

However, in the Indian space TBS has quite a few established players to compete with.

The Indian comic publishing industry is estimated to be worth over $100 million and is expected to grow more in the coming years. The country is currently home to sales of five million English comic books annually, and together with all the regional languages, the figure is around $30 million.

Diamond Comics is making an investment of $94.42 million to launch a 24X7 cartoon channel based on its popular characters, and even Amar Chitra Katha has ventured into animation and merchandising.

In 2008, Vimanika Comics had launched its e-comics, which have been well accepted by online readers. The company is now looking to clinch deals with telecom players for mobile download.

TBS is currently bootstrapped, with Rajiv using his personal savings for the initial investment towards the illustrations, book development and printing. The startup is all set to launch its first comic in the second week of June and has a current print run of a 1,000 copies. The team is targeting a 10,000-copies-per-month run rate by the end of next quarter.

Can TBS become the next big thing in the Indian comic industry and give it a new lease of life? We need to wait and watch!