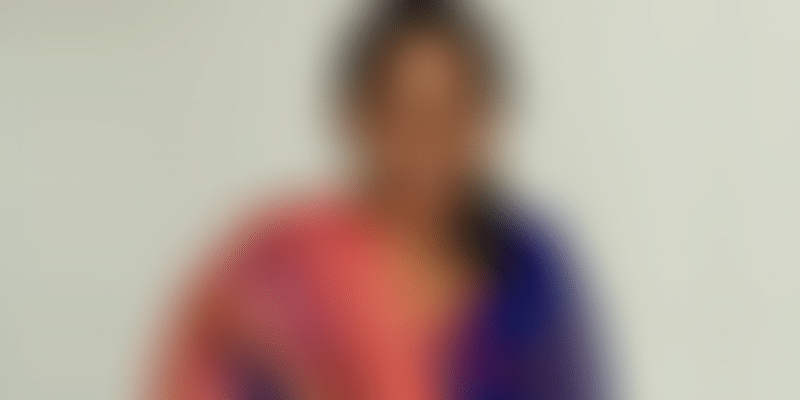 “In the course of my career, there is one incident I can never forget. We had a client in Chennai who we had been looking after for more than four years. Her son lived in the US and there was no one to take care of her back in India. She passed away one night in her sleep due to a sudden cardiac arrest. Although her son got on a plane as soon as he received the news, it would take him not less than 24 hours to get to Chennai. Meanwhile, there was not a single soul to let mourn her death, or be with her. It was just us and the staff who were with her, and that made me realise the importance of what I am doing.” says 36-year-old Anitha Arockiasamy, a doctor-turned-healthcare management professional. Anitha is now the City Head of India Home Healthcare Services. Although her career choice seemed less lucrative and unglamorous to many of her contemporaries in the beginning, her faith and dedication towards what she is doing has only grown with every client.

When Anitha was in her third year at Government Medical College in Madurai, she realised that she was inclined more towards the management aspect of medicine. Having studied in a Government college, which had limited resources, she was exposed to many loopholes that existed in the hospital management field. She went on to do her Masters in Health Finance and Management at John Hopkins University in Baltimore, USA, and continued to work in the University hospital for two years. She moved back to India in 2006 and started working at a startup hospital in the St. John’s campus in Bengaluru. Anitha was offered a role at India Home HealthCare (IHHC) when she was working with Technopac Advisors, a Gurgaon-based management consulting agency. Having moved to India only recently keeping her aging parents in mind, Anitha realised the need for expert homecare and was more than happy to take it up.

IHHC was founded by Frank Goller, a German national, in 2009, to provide quality care for patients at their bedside. Although they began operations in Chennai, the team realised the increasing need for a personalised home care for elders in more cities. Since Bengaluru had a similar demography, IHHC expanded to the city in 2011 and appointed Dr Anitha as The President and City Head. Around the same time, US-based BAYADA Home Health Care invested in the venture as they were looking for a strategic partnership in India.

Anitha had chosen to take up healthcare management as she had noticed discrepancies in the management of hospitals, but leading a homecare firm exposed her to newer revelations.

“Most of our patients are over 70 years old with kids who are settled abroad. More than medical care, all they want is companionship,” she says, explaining the need for staff who are not only expert medical caretakers, but also sensitive to the patient’s emotional needs.

“Hospitals in India do more of firefighting. We need to be more proactive when it comes to hospital management” says Anitha, talking about the difference between India and the states.

Being a woman has worked to her advantage, Anitha feels, as she could pay more attention to detail and patients were comfortable in confiding in her. She is trying to make IHHM as customer friendly as 9possible. Every client has two points of contact – a client relationship manager, who is responsible for all management issues, and a clinical manager, who is a trained medical professional. The clinical manager is responsible for assigning and assessing the nurse to each client.

Anitha’s morning starts with reviewing the dashboards for all the offices and talking with relevant people to address concerns, if any. She then touches base with all the Directors of the offices, overseeing the operations. As the company’s growth is heavily dependent on the manpower, she spends a considerable amount of time planning for recruiting and retaining a high quality workforce. Anitha also looks at strategic planning and business development, as and when required.

Managing her personal life alongside her demanding job

“I am grateful for having a supportive family. I also take care to make sure that I do all my face-to-face meetings during the day and schedule calls later in the evening. This allows me to spend my mornings and evenings with my two kids,” she says.

IIHC is currently working on expansion of the business in the four cities they are currently in and are focusing on penetrating these markets further, while also looking at other favourable markets to expand in the South.

India occupies the second position in the world in terms of the growing number of elderly population, raising concerns about addressing the health issues of senior citizens. The home healthcare segment in India, which comprises of small and unorganised players with the substandard nursing services has also added to the woes. This is one of the reasons why Anitha and her team do not mind competition.

“More players will help in establishing an identity this space deserves. With the help of more streamlined services and better trained staff, we look forward to serving the elderly in the best way possible.” she concludes.