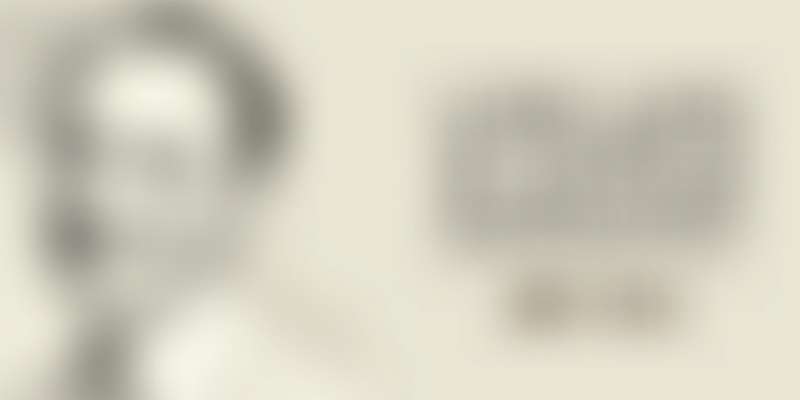 Everyone knows the Tatas. Some of you, at some point, might have even worked in an enterprise they run. But this multibillion dollar business conglomerate did not root in solid ground overnight. It was the hardwork, commitment and vision of one man, who took what he had and made it the best one in the playground.

Jehangir Ratanji Dadabhoy Tata, or JRD Tata as he is famously known, was a man of the ages. Born into the illustrious and industrious Tata family, he grew up imbibing two polarised cultures – one from his sophisticated French mother and the second from his Parsi father. Born in 1904, Jehangir spent the first few years of his life in France, even serving a year in the Spahis regiment during the First World War. His father, Ratanji Dadabhoy Tata, had decided to move the family to London at this point. But shortly after moving, JRD’s mother passed away and the family returned to India.

In between his many travels, JRD grew up to be a restless seeker of adventure and strived for excellence in every aspect of his life. His name ‘Jehangir’ – meaning conqueror of the world – was rightfully given as he conquered the business world in India when he took over the reins from his father in 1938, at just 34. It was under his leadership that the Tata assets climbed from Rs 62 crore in 1939 to more than Rs 10,000 crore in 1990.

On his 112th birthday, we celebrate the legacy of a man who took the business world by a storm and created a legacy that continues to exalt even today. Here are some of JRD’s defining characteristics that can serve as a guide to entrepreneurs everywhere.

“Nothing worthwhile is ever achieved without deep thought and hard work.” - JRD Tata

JRD Tata may be remembered for his fool-proof business strategy and unbelievable turnovers, but his true legacy as an entrepreneur started with thinking outside the box. At a time when the World Wars were in play and the world was advancing in mechanics and technology, JRD decided to put his love for flying into action and turned his attention to the then less-popular aviation industry. He not only became India’s first licensed pilot but also founded India’s first commercial airline in 1932 – Tata Airlines (now known as Air India). Hailed the ‘Father of the Aviation Industry’, JRD’s success lies in the fact that he decided to dive into an industry, the potential of which was gravely underplayed in the Indian market, and create history among the skies. Like every entrepreneur, he came up with a unique idea and made it a global success through sheer force of commitment.

At a time when the World Wars were in play and the world was advancing in mechanics and technology, JRD decided to put his love for flying into action and turned his attention to the then less-popular aviation industry. He not only became India’s first licensed pilot but also founded India’s first commercial airline in 1932 – Tata Airlines (now known as Air India).

“To lead men, you have to lead them with affection.” - JRD Tata

As one of the senior Tata executives, Darbari Seth, once said, “Mr Tata was able to harness a team of individualistic executives, capitalising upon their strengths, downplaying their differences and deficiencies; all by the sheer weight of his leadership.” JRD always emphasised the need to work one a team to achieve success for the company as a whole. And, despite being applauded for his many contributions in raising the stakes and numbers, he always humbly credited his team first. This is the key characteristic of being a successful entrepreneur – knowing how to work one as a team to its maximum potential and giving credit where it’s due.

Taking risks to the maximum

“Making steel may be compared to making a chappati. To make a good chappati, even a golden pin will not work unless the dough is good.” - JRD Tata

JRD created business history at a time where India was straight-jacked by an economic limbo, even forty years into its Independence from British rule. Being able to secure and promote an industrial revolution, so to speak, as the pinnacle of a new kind of entrepreneurship was a serious risk that JRD was taking. India had not yet recovered from its economic ‘drain of wealth’ and every effort was being pooled in to recover our natural assets. Not only did JRD dive head-long into a pile of ‘could-be’, he managed to take the situation by its head and turn it into a multi-crore success. Although the Tata Group had been flourishing at the time of his ascent, he was the first to preclude it into the array of success it currently enjoys by bringing a whole new set of ideas to the table.

“If you want excellence, you must aim at perfection. It has its drawbacks, but being finicky is essential.” - JRD Tata

JRD constantly co-related perfection with excellence and stated that it was only in the quest for the former that the latter would be a natural consequence. To this end, he followed a business mantra of ‘Humata, Hukhta, Hvarshta’, which translates to ‘good thoughts, good words and good deeds’. His success motto was fairly simple – to be committed to a single idea and to do everything in one’s power to make sure that it reaches its maximum potential.

Thinking of the bigger picture

“No success or achievement in material terms is worthwhile unless it serves the needs or interests of the country and its people and is achieved by fair and honest means.” - JRD Tata

JRD was a man of the future. He was the first to incorporate a functioning HR Department in his company. He also altered the selection process to be on the basis of merit instead of dynasty. He also introduced the concept of ‘paid leaves’ that was soon to become vastly active in the workforce. JRD also pioneered for the eight-hour day, before even the United States or Britain had formally incorporated it into their legislation. A philanthropist by nature, JRD has always claimed that he wanted India to be a ‘happy country’. To this extent, he wished to offer her the chance to meet other nations on an equal footing on all levels, starting with taking a lead in the world of business.

We salute you, sir!