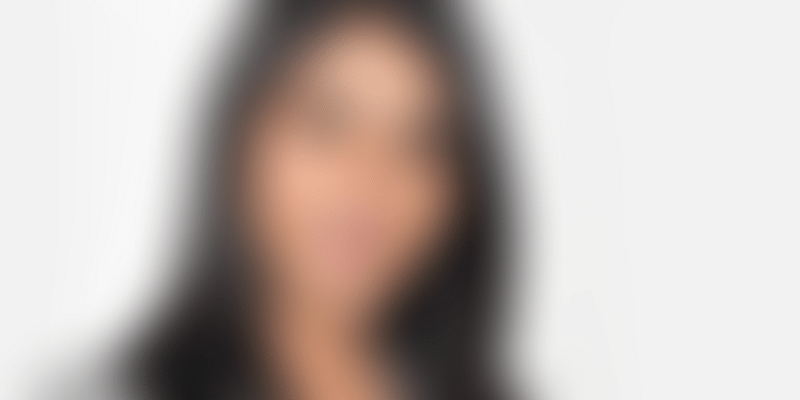 We live in a world full of opportunities. Most of us are in professions we never thought we would be in, or are not qualified for, but are totally enjoying the ride. Pooja Prabhakar’s journey of entrepreneurship is a leaf out of that book. From being an IT engineer to working with leading insurance firms and healthcare firms in the US, and then opting to leave a successful career to return to India to join her father’s legal firm as a Director, her journey has indeed come full circle. Pooja Prabhaka, 39, was born and brought up in Bengaluru. She studied IT engineering at BMS college and moved to Connecticut in the US to do her master’s in management. After graduating, she became a part of the startup movement, which was just about beginning to gather steam. Just as she was getting the hang of things, her company was forced to shut down following 9/11. She went on to join one of America’s largest medical insurance firms Cigna, where she looked at IT Management, and was nominated by her manager to the IT Leadership Program, an experience that changed her life, Pooja says. Her next stint was with United Healthcare, and involved auditing and compliance. During this phase, Pooja went from strength to strength, and went on to head the auditing and compliance division for one of United Healthcare’s subsidiaries. While her career was on the fast track, Pooja refused to be complacent and chose to do something that left everyone around her perplexed. She decided to move back to India and take over here attorney father’s 45-year-old law firm, BCP Associates, in Bengaluru.

From corporate America to a family-owned business

Pooja and her family moved to India in early 2010, and as expected, the ride was not easy. Apart from the initial shock of working in a setting with limited resources compared with what she had become used to in corporate America, Pooja faced the daunting task of showing her father what she could do. In addition to this, she was leading a team of senior lawyers and commanding their respect was not going to be easy. She was appointed by her father to take over BCP Associates and was practically the boss. Pooja worked as an employee would for the first few months. She accompanied the team on all audits and did everything possible to familiarise herself with the minutest details of the procedures. “Continued ground work and effort enabled her to envision better and set up a suitable strategy,” she says. This helped her a great deal in setting up processes and simplifying the whole workflow, much to the delight of her father and all the firm’s senior partners. Today, all of BCP Associates’ auditing processes are automated and hassle-free. While getting acquainted with the minutest of details like what the opening statement of an audit discussion should be, Pooja also owes her successful transition to customers who blindly trusted her during crucial times. Recalling one such incident she says, “A CEO of a leading MNC in Mumbai was frank enough to tell me how I was more expensive than the other law firms in contention, but he chose me because he could sense my willingness to learn and wanted to give me a chance to prove yourself.” Pooja had indeed risked it all by choosing to leave her well-paying job in the US to take up entrepreneurship, but she would not be where she was today if not for her corporate stint. “I would never come in with so much clarity, had it not been for my corporate stint in the States. I came in with a sense of process and clarity, which helped me simplify how things worked at BCP. Also, I was treated with respect because people could tie in more to what I was doing as they knew I came in with a global perspective,” she explains.

She is currently working with corporates and startups in the area of sexual harassment in the workplace. While the formulation of a law has indeed made things change for the better, we still have a long way to go in curbing the menace, feels Pooja. “Women in general need to be more aware of their rights and how this particular law can protect them. In my experience, more and more working women are feeling confident about speaking out, and are shunning the fear of retaliation. Awareness is a double-edged sword,” she says. While Pooja is working with a large group of corporates in this regard, her firm has recently tied up with a bunch of startups as well. So is there a same level of seriousness towards the issue among both parties? “While corporates are more proactive in their approach towards the issue, startups are more reactive. They wait for something to happen, and are often vetted by investors or incidents.” she reflects. BCP Associates was also one of the first law firms in India to launch an e-module on the law for corporates and startups in 2014 under Pooja’s leadership. The firm is now working on an e-module for individuals as well.

Her decision to leave behind a successful career and a perfect life was termed as crazy by most, but it was family that helped her stick to it. The shift to India was not easy. A young son, a new business to take over, and a thousand expectations to meet. While it was easy to maintain a work-life balance in the US, thanks to mom-friendly work places, family support became her strength here in India. “I owe it to my husband and my family for believing in me and supporting me at every juncture. My successful transition would never have happened had it not been for them. My son was all of six when we moved to India, but every time I don’t make it on time he says, ‘Amma I am proud of you and my day is made,” she gushes. Pooja also belongs to the fast-growing group of daughters who are taking over their fathers’ businesses, and taking them to greater heights. How does she feel to be riding the wave of change? “I feel special. Indian families are changing, and it really doesn’t matter who is taking the business forward as long as there is someone who is doing it out of genuine interest. I have a brother who is pursuing a successful career in New York, and the option of taking over my father’s business had always been open to both of us. My parents never discriminated between the two of us,” says Pooja. And as she continues to steer her venture in the right direction, she has some advice for all the aspiring entrepreneurs out there, “Work hard and remember respect comes out of knowledge. As an entrepreneur, make informed decisions and stand by them, no matter what the consequences are.” We cannot agree more!