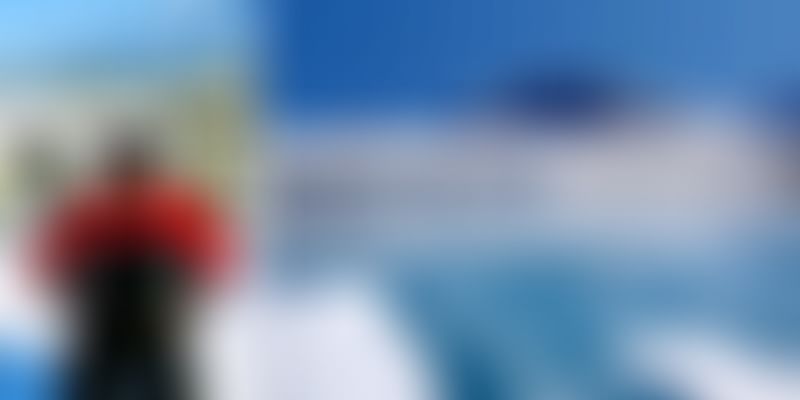 A male nurse by profession, Rajasthan-based Rajiv Kumar’s 13-month stint in Antarctica enduring difficult living conditions has made him extremely popular. So much so, that he is today the most sought-after person for schools of his area. The schools in his locality believe no one else can explain Antarctica in a better way except Rajiv, to school children, as he was one of the 21 member-team of 34th Indian Scientific Expedition to Antarctica.

A resident of Rilau village of Rajasthan’s Sikar district, Rajiv is the only nurse from India to be awarded the title of ‘polar man’ by head of scientific expedition of three countries – India, Russia and China. “I am the only male nurse, who has the title of ‘polar man’. The title is given to all who successfully complete the expedition,” Rajiv told The Times Of India, adding that Antarctica is a zero population area. “It’s difficult to survive in Antarctica as temperature goes down till minus 40 to minus 50 degrees Celsius,” he stated.

After returning from Antarctica, his life has completely changed. “People have started treating me in a different way. My work in Antarctica has earned me respect,” he said. He pointed out that those 13 months were quite difficult for him but he showed courage and earned “polar man” tag. “Since, the place is used for research purposes, nobody was allowed to throw any kind of objects like even chocolate wrappers. Even we had to collect urine in bottle, which is transported through ships to dispose it off outside Antarctica,” Rajiv said.

Rajiv’s job was to provide healthcare facilities to other members of the Indian team conducting scientific researches in Antarctica. “We went there in November 2014. It concluded in December 2015. After I came back, I decided to utilise my time by educating school children on Antarctica. Schools invite me, but I do not take any money from them for it,” Rajiv said.

“Here in schools, there are chapters on Antarctica. Many schools have started inviting me to share my experience with the students so that they would be able to know more about it and write exams in a better way,” Rajiv said, adding that so far he has gone to nine schools – government as well as private schools – to make children aware about Antarctica. Rajiv said that he had distributed videos and photos of Antarctica to students and teachers.