Starting up as mother of a toddler, Sonia Sharma now turns dreams into ‘good work’ 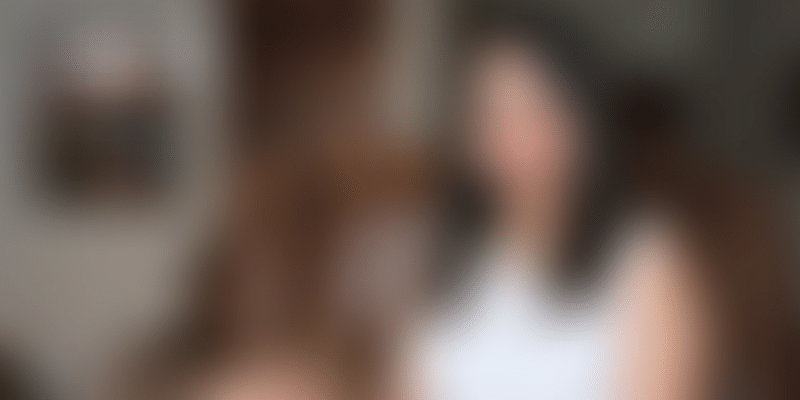 First, there is an idea. Then the mind gets working on it to develop the idea, and make it a reality. Then there are efforts; hard days and sleepless nights. Then an entrepreneur is made, who finally gives birth to the startup, and, ultimately, growth.

Every bit of it was true for Sonia Sharma, Founder and Managing Director at GoodWorkLabs, a Bengaluru-based tech product firm. A software engineer by education, 34-year-old Sonia co-founded her software business in 2013 with her husband, Vishwas Mudgal.

Sonia inspires with her passion, determination, and dedication to her venture. But what makes her unique is her story – a long one that started in the mountains and travelled all the way to the Garden City.

One step at a time

Growing up in hilly Shimla, Sonia dreamt of becoming an entrepreneur from when she was a little girl. After graduating from Himachal Pradesh University with B.Tech in computer science engineering, she took up her first job in Hyderabad, at Esoft Technologies. “There was not much exposure in Shimla. I had always wanted to go to big cities,” says Sonia.

Well, you can take the girl out Shimla, but you can’t take Shimla out of the girl. Hyderabad’s heat and spicy food was tiring – and she moved to Bengaluru in 2006. “It was the next big thing to happen to a Shimla girl, especially the weather. Also, I wanted to see how things are done – so I worked for a US-based company [Arcot Systems] for two years, to understand the culture in a product-based company,” Sonia says.

In 2007, she co-founded employer review website ‘Jobeehive’ with Vishwas Mudagal and Sandeep Gudibanda. “We had heavy traction and userbase. But we did not know how to make money. In two years, it shut down,” Sonia says. Meanwhile, Sonia and Hubli-based Vishwas got married in 2008. Sonia joined another software company, Avexa Sytems, as senior software engineer in the security domain.

During the three years she spent at Avexa, Sonia won several awards for her performance – even during her pregnancy. “I became pregnant in 2010, unplanned, although I had plans of doing MBA. Although I cancelled by MBA plan, I did not want to quit my job,” says Sonia. It was difficult, but not impossible to continue to work as a new mother. A little less sleep, and a little more work – Sonia managed to work for two more years.

One dream at a time

For those who are passionate about what they do, stagnancy is unbearable. “I got frustrated that I was not climbing up the ladder. As a new mom, I could not acquire any more skills; I was only doing the same things for two years,” Sonia remembers.

Despite the financial independence and security the job offered, Sonia dared to quit and start up in 2012, as the mother of a two year old. “I knew I had enough bank balance to keep me going. I took a two-week break before starting my new business – just to sleep well,” she smiles. With initial funding of Rs 25 lakh, they started working out of a small office in Whitefield.

Sonia was determined that the business has to be sustainable and profitable. From her past experiences, she says: “You may be very kicked about the idea. But if your business idea is not solving a problem, you won’t be able to sustain and it will shut down.”

Sonia and Vishwas decided to start a company for products rather than services, which is monetarily more reliable too. “We wanted to differentiate ourselves by design thinking, and be known for our quality offerings,” she says. They chose the name GoodWorkLabs as they wanted the brand to denote what they do.

GoodWorkLab’s first customer was luxury brand ST Dupont. Flipkart was the second customer, and then there was no looking back. They have had more than 50 customers so far, and have plans to expand to US, Europe and Canada.

Sonia calls herself a practical dreamer – “I have one dream at a time. Right now, $10-million revenue is my dream,” she smiles.

The company presently has over 20 projects running. Sonia is in charge of implementing best practices in development – including SCRUM and Extreme Programming, and Lean UX processes. “It’s not possible to be involved in all projects at the coding level but I do guide my team from tech architecture and design perspective. I am responsible for delivery and project management. I am also involved in pre-sales and business development,” she adds.

According to Sonia, the only challenge is the dearth of talent in design thinking. “We have an HR department, but I am also very hands-on with hiring. We look for people with problem-solving capabilities, attitude and passion,” she says. They have a 70-member team, with about 30 percent of the workforce being women.

Technology has evolved since GoodWorkLabs started. Sonia keeps a tab. “The mobile apps and products we used to build before were transactional in nature mostly. Nowadays, it’s all about creating a great experience for your customers. We now focus on how we create a great user experience and customer experience by forging aesthetic design and robust technology,” she says.

Sonia notes segments like Internet of Things (IoT), big data, augmented reality and virtual reality have seen significant growth and advancement. “Even when you look at tech stacks there are new things happening all the time. For example we have seen a spurt in the usage of MEAN Stack (AngularJS, Node js, etc.). We have to be constantly on our toes and look at not only spotting the trend but creating it as well,” says Sonia.

Being the change you want to see

Sonia stresses that being a woman did not hamper her growth as an entrepreneur in a way. “We are two brother and two sisters at home. We did not have gender-specific upbringing. So I am deaf to any such differentiation,” says Sonia.

She believes that Indians should change the way they bring up children to boost their self respect. “My parents believed in me, which made me believe in myself. Now I am giving the right message to my child when I continued to work after giving birth,” she says, adding that Vishwas is an equal partner at work and at taking care of family.

For Sonia, more happiness comes when she inspires other woman to embrace entrepreneurship. Asked for her message to entrepreneurs, Sonia says: “Ideas and willingness to execute is not enough; real-world problems have to be solved. So think before taking a plunge.”

Today, with annual revenue of $2.5 million, GoodWorkLabs has reported 500-percent year-on-year growth. Sonia is confident of the future – the journey has only begun.