You don’t have to ‘search’ for women at Google anymore 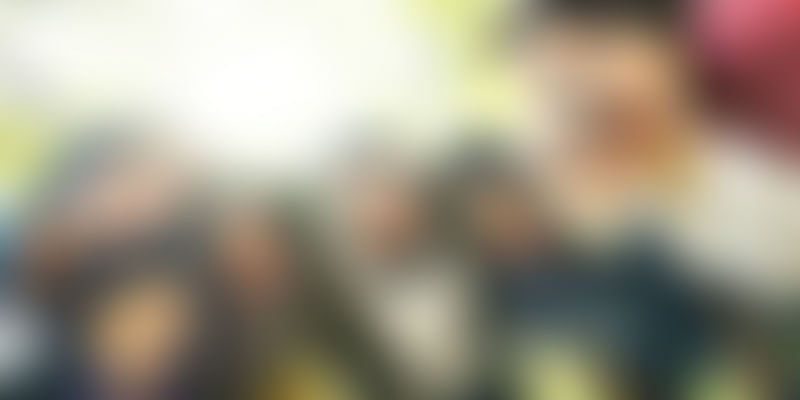 Internet search giant Google is one of the most fascinating organisations in the world. It was probably the first company to destroy the impression of workplaces being boring and dull. There is a huge amount of fun trivia about the organisation floating around in cyber space. From new employees being called ‘Nooglers’ and being given a propeller to wear on their head on their first Friday after joining, to the famous Google Doodles being created by a team of employees called what else – ‘Doodlers’, fun is the first word associated with the Google work culture.

But the organisation takes disparities and issues within its workforce very seriously too. In 2013, when founders Larry Page and Sergey Brin realised that the majority of Google employees were white and Asian men, they decided a major emphasis on diversity needed to percolate within the organisation.

Nancy Lee, Google’s Vice President of People Operations, recently spoke about how attracting more women and minorities is really high on the list of the organisation’s goals. In 2014, Google spent $115 million on diversity initiatives, which went up to $150 million in 2015.

Just a decade ago, diversity was a taboo topic. Poor participation of women, African Americans or Hispanics was almost accepted as part of tech culture and nobody thought to question the status quo till Google did. In May 2014 Google published a report that revealed the worrying statistics of its employee demographics. Seven out of 10 people who work at Google were men and racial minorities constituted a mere five percent of the workforce. Soon a wave of similar reports followed from Facebook, Apple and others.

What did Google do to bring about change?

A recent report from Google, though, shows a stark change. Today, women comprise 31 percent of all Googlers, and there has been an especially strong growth of women in technical and leadership roles. One in five of the organisation’s technical hires in 2015 were women. Women currently hold 24 percent of leadership roles across Google, up by two percent. Their hiring for African Americans in 2015 was four percent and Hispanics was five percent, which is higher than the total representation of the minority groups. Twenty-one percent of new hires were women during the same period.

Google has also ensured gender pay equity for their workforce, which automatically makes the organisation an attractive place for women employees.

Often, hiring managers or people as such are not overtly racist or sexist people trying to suppress minorities and women. They are usually people with subconscious biases that they may not even be aware of. So Google organises workshops to educate their employees of their subconscious prejudices and thought patterns. Awareness of unconscious bias has also increased with the Implicit Association Test that Googlers are encouraged to take.

Sometimes, there were unusual problems that Google identified through research. Sometimes women sell themselves short due to a lack of confidence. Googlers in engineering or product management roles can nominate themselves for promotion, but few years back it was discovered that women in technical roles were less likely than men to self-nominate. By emailing these findings to all technical Googlers, the rate of women self-nominating went up and now the gap between men and women has been closed.

Indian organisations can take a leaf out of Google’s book. After all, India’s corporate sector has only four percent women at senior positions compared to the average of 11 percent in Asia, according to a 2015 McKinsey report. While the number of women at the entry level is 25 percent, it comes down to 16 percent in mid-management, petering off on the way to the top. It is also possible that many organisations follow socio-religious-cultural biases when it comes to hiring or promotion of employees. A bit of initiative from the corporate managements can lead to a diverse and rich workforce.