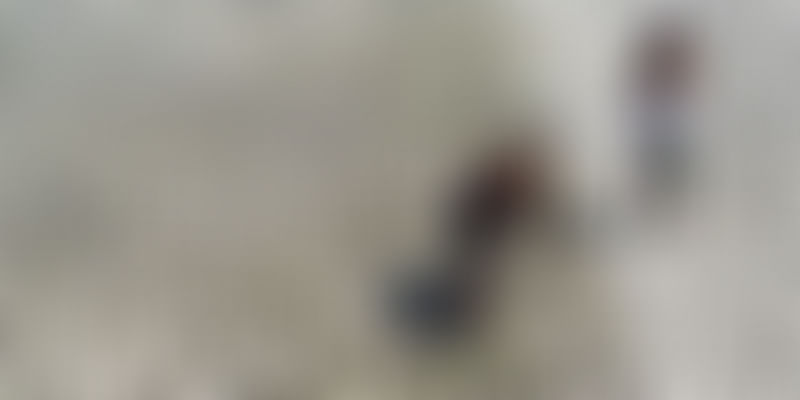 Liberalisation, privatisation, globalisation. With these three words, the ’90s ushered in a new era of economic reforms in India. The country has propelled towards significant growth and development in the decades since, becoming an important destination on the global trade map. But while the manufacturing industry grew, and ideas and cultures began to be absorbed, our primary sector fell behind. Liberalisation was necessary for the stagnating economy at the time, yes. Unfortunately, the present agrarian crisis is rooted in the theoretically ideal policies that followed it.

During the green revolution that happened from the early 1960s to late 1980s, Indian agriculture was lush with public investment, modern mechanisation and unprecedented growth rates. This, however, changed with the signing of the World Trade Organisation (WTO) Agreement in the age of reforms. The expectation, of the government and economists alike, was that the alignment of domestic prices with that of the global would increase farm revenues. Consequently, higher prices would encourage farmers to increase production and attract investment. However, the response was counterproductive, as was seen in the case of cotton farmers. To compete in the international market and enjoy greater earnings, many farmers switched to cash crops like cotton. When it came to deliverance on returns, the market became oversaturated with cotton exports resulting in a price crash

Farmers were exposed to price fluctuations and market volatility, and with tariffs on imports drastically lowered, and restrictions on quantity removed, the Indian market was flooded with cheap agricultural imports. They pushed down domestic prices and drove up competition for local farmers. Added to this, public investment was reduced to offset the high fiscal deficit at the time, and there weren’t enough incentives to interest private companies. Hence, agriculture was left in an infrastructural limbo.

There has been a slow but obvious increase in agricultural growth rate in recent years. However, compared to other sectors, its progress is poor. Low farm incomes, crop failures, poor employment rates and increased incidences of farmer suicide point towards a multidimensional problem that continues to afflict the system. We’ve listed some of the main issues in our agricultural sector with probable solutions in this article.

Nearly 85 percent of Indian farmers are small or marginal cultivators. Due to high costs of inputs like seeds, fertilisers and pesticides and low incomes, they barely make enough to cover household spending. In a lecture at the Delhi Assembly last month, P.Sainath suggested that agriculture should be declared a public service and farmers guaranteed cost of production plus 50 percent as fixed returns. While this might not be feasible immediately, a gradual move toward it could protect farmers.

Most farmers depend upon exploitative moneylenders for farm loans as they do not have the collateral to avail them from banks. Their inability to repay the loans is the main reason for suicide. Forming cooperative societies would help them in this case. They could be each other’s backers or combine resources to buy necessary inputs. However, once again, major change can only come from the government in the form of investment. Ensuring greater credit supply to all farmers irrespective of small, marginal or tenant through Cooperative and Regional Rural Banks (RRBs) would help them beat the vicious circle of moneylenders.

Irrigation facilities in India are disproportionate. Even villages that have irrigation potential are unable to utilise them due to the lack of simple infrastructure like canals. A majority of farmers have to depend upon rainfall. Marathwada has been facing a severe drought since 2012, which could have been avoided if not for incomplete irrigation projects, poor water management and corruption. There have been citizen initiatives for water conservation like that of Rajendra Singh’s projects in Rajasthan, which helped over a 1,000 villages combat water crises. Water management projects by farmers could aid them during low rainfall and reduce dependence on government irrigation facilities.

Agricultural land sizes are shrinking in India. The average size of an operational piece of land is 1.33 hectares. Such small holdings result in low outputs, which mean low income. Farmers use that same patch of land repeatedly reducing its quality. Also, taking a loan out on marginal property becomes difficult. These small lands will be further fragmented among succeeding generations increasing ineffectiveness. Cooperative farming is one method of land consolidation that could benefit farmers. They combine their lands and split the returns, which would be higher than if they cultivate on individual property.

The agriculture industry is exempted from taxation. Hence, in the 2014-15 fiscal year, agri-giants Kaveri seeds and Monsanto were able to claim tax exemptions to the amount of Rs 180 crore and Rs 98 crore respectively. If the government establishes an income limit beyond which even agriculturalists have to pay tax, the money from it could be used for rural development.

Between the farmers and markets, there function a number of middlemen who distort food prices. Lacking market information and storage systems, farmers are forced to sell at unfair prices. Some relief comes from startups which, in recent years, have stepped in to bring farmers directly to the market and ensure fair prices. Poor post-harvest management is one of the biggest problems faced by Indian agriculture. Bad storage and transportation facilities account for a majority of food wastage. Better investment in cold storages, roads, and food processing and packaging systems is an absolute must to counter the drawback.

Farmers can best battle the crisis if they are aware of their rights, market functioning, new technology, sustainable methods of farming and alternative sources of income. NGOs like SRIJAN work to promote sustainable methods of farming and work with farmers for rural development. The government has made its efforts as well. In 2000, the e-choupal initiative was launched to deliver information about various agri-related issues to farmers through the internet. It is the largest project of its kind. However, it has had its share of setbacks due to insufficient infrastructure and with ensuring necessary skills to farmers for using it.

The agrarian crisis is of grave importance to the country. While a small section of us move forward with the benefits of development, over 600 million citizens remain oppressed under a neglected system of corruption. Successive governments have failed to lift the rural community out of distress. But the rest of the country is to blame as well. Our lackadaisical approach towards seeking a solution must not continue. As a democracy, we have the power to pressure our representatives for change and its time we did so.