From a startup that pioneered food trucks in India to getting acquired by InnerChef, co-founder of Flavour Labs shares her learnings and experiences 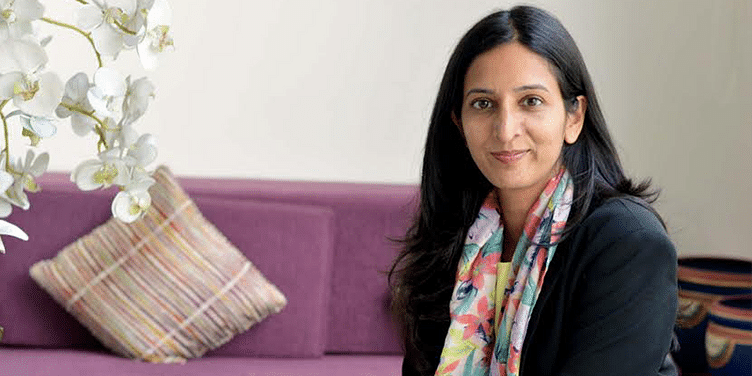 This article is sponsored by Stanford Ignite.

From starting as a concept in a classroom study programme, to being listed among India’s top food trucks by the Condé Nast Traveller, the transition for Nandita Shetty’s startup idea has been phenomenal. The neuro-imaging researcher-turned foodpreneur, and co-founder of Flavour Labs, recollects how it all happened.

Moving back to India from Boston, Nandita volunteered for a year at a non-profit in Uttar Pradesh. Following a brief stint at a biotech startup, she went on to co-found her maiden venture – Flavour Labs – one of the first startups in India to pioneer the concept of fun dining via food trucks.

When asked what sparked the entrepreneurial bug in her and gave the confidence to chase her other passion – food, she says, “In 2014, I chanced upon the Stanford Ignite programme and saw it as a great opportunity to hone my skills.”

Key milestones in her journey, from finding co-founders, learning the art of delivering a convincing pitch in under a minute that opened up new avenues for Flavour Labs, to actually starting up, are all linked to this particular programme.

Flavour Labs – the evolution of the concept

“The concept – we called it ‘Culinary Tales’ back then – took root even before the programme officially commenced,” she says. “A core part of Stanford Ignite is the conceptualisation of the venture idea. A week or two before the class met for the first time, all of us were asked to submit a venture idea (which could be completely new or at an early stage of execution), and the top 14 ideas were selected.”

The people with the shortlisted ideas then delivered a one-minute-pitch on the first day, following which the class voted for the top eight ideas. The participants were then divided into eight teams based on the idea they wanted to work on.

Nandita was one of the eight idea generators. On the first day of the programme, just before she was to deliver her pitch, when faculty director Yossi Feinberg asked if she was ready. The entrepreneur says, “It was my first meeting with him. I told him that I was going to keep it spontaneous and that I hadn’t really thought of what exactly I was going to say. He said, ‘This will be the last time that you will not be prepared for a pitch.’”

Nandita says she is glad that he had communicated a very important lesson right at the very beginning, because sometimes all you get is a few seconds to get people to buy in to your idea. Being prepared, according to her, does not mean that one has to rehearse a pitch, but that one needs to be able to articulate the idea clearly in a matter of a minute or maybe even less. Nandita adds, “In my case, that moment came a little less than two years from that day. It was during an event hosted by Rajesh Sawhney and Bal DiGhent, co-founders of InnerChef, that I got a chance to talk to Rajesh. He was hurriedly stepping out to attend another meeting. The time I had to pitch my idea was the walk between the café and the elevator. The 40-second pitch was what eventually led to the acquisition of Flavour Labs in January 2016.”

Keeping your ideas real and grounded

The co-founder laughingly remembers, “The programme was a reality check. I remember, in the initial few classes, during group discussions and meetings, as a team we would come up with some thoughts and frameworks which we believed were really awesome. But, through interactions with the faculty members, we would realise how naïve we were. They kept us grounded and real. They helped us rationalise and think differently. Over time, we got better.”

Nandita says the Stanford Ignite programme is well-planned, “because you get formal coaching and in parallel you continue developing the startup idea. Let’s say you had a session on building business models. The assignments for the day involved elaborate readings as well as exercises on the topic related to the venture idea.” The first-time entrepreneur says this really helped them strengthen their concepts and execute better. As a matter of fact, their go-to-market strategy of executing first in the B2B space rather than B2C stemmed from the programme, which Nandita says “was a good decision.”

Getting co-founders on board Flavour Labs

It was here that she met Rohan Rajgarhia and Vasanth Kamath, two of the three other co-founders (Ankur Agarwal being the third), during the programme. “Rohan, a mechanical engineer, had considerable experience in the hospitality space. He was mentoring our group during the programme. His insights helped us understand better the nuts and bolts of the food truck business, as well as some operational aspects involved in running a restaurant on wheels. And Vasanth, like me, was a co-participant. Being passionate about the concept and voting in favour of the idea, he was part of the Flavour Labs journey from the very start. He’s super creative, has a lot of understanding on consumers and was also instrumental in designing the food truck and our early product offerings,” explains Nandita.

As a first-time entrepreneur of a successful startup, Nandita believes if you have a good idea, a sound business and revenue model, and a driven team, you are good to soar. She says,

“I do not believe that securing funding or an acquisition is the milestone or a metric that defines success. It’s only a part of the journey that helps you get where you want to be.”

The confidence to venture out on your own strength

The programme design and the curated curriculum are two big plus points for aspiring entrepreneurs, says Nandita.

“Given that the programme is a little over nine weeks, there is a lot going on at any point of time. We dabbled in various aspects of entrepreneurship including Building Business Models, Marketing, Design Thinking, Operations, Finance, Negotiation and Strategy. One could potentially get overwhelmed with the overload of information. But this is where the brilliance of the faculty at Stanford comes in – their teaching style, the case studies and readings helped us get a deep understanding.”

Explaining further, she says, “For instance, Professor Seungjin Whang’s case study on ‘Tamago-Ya of Japan’ and Professor Jim Lattin’s class discussion about ‘Crossing the Chasm’ were a revelation. They were so insightful. What I found really amazing is how they had mastered the art of covering, in depth, so much in such a short span of time. Each class was stimulating – whether the faculty were physically present in the room or online.”

Nandita reveals that despite years of R&D experience in one of the best imaging institutes in the world, when it came to entrepreneurship she was still quite naive.

“I am grateful to have been a Stanford Fellow and to have been part of the Ignite programme. It was the push I needed to give me enough confidence to venture out on my own,” she says.

The neuro-imaging researcher turned foodpreneur says that she has learnt a lot from the Flavour Labs experience and the acquisition. After the acquisition by InnerChef, she was involved in responsibilities related to smooth transitioning of the food truck operations, strategic discussions and overseeing operations, as well as new product and new city launches.

Today, her entrepreneurial journey has brought her yet another exciting opportunity. A few months ago, Nandita was selected to be part of a programme called the Remote Year, in which a group of professionals from all over the world spends 12 months travelling between 12 cities/countries. She says, “Now two months into the programme, it has been super exciting. I am enjoying the mind space it offers for me to work on my next venture.”

She looks forward to eventually integrating healthcare and food towards helping people lead a better lifestyle.

Join a global community of visionary entrepreneurs and innovators with Stanford Ignite ⎯ Bangalore, a transformative programme where innovators like you learn more about core business skills such as prototyping, marketing, accounting, leadership, and much more from top Stanford Graduate School of Business faculty.

The next batch of the programme is January 20 -- March 26, 2017 and fellowships are available for four exceptional, self-sponsored applicants. The application deadline is October 21. Learn more and apply today!