The UX/UI design studio behind the building of the brands of Stanford University, Narayana Health and Myntra 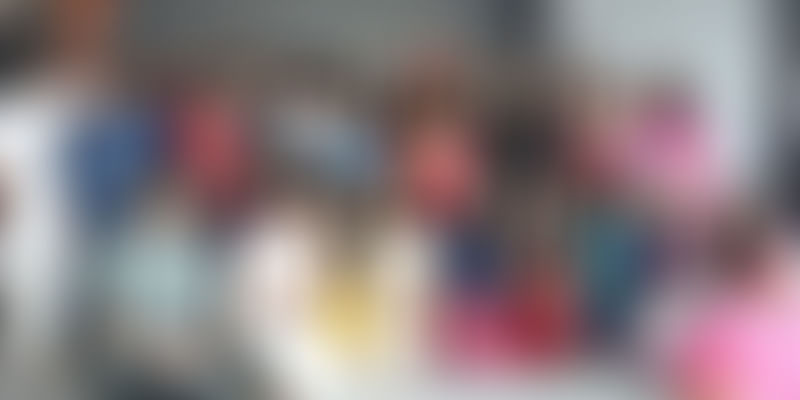 An artist at heart and a designer by choice, Anil Reddy has had a flair for art and design since his school days. The journey that started with simple sketch competitions in school has led him to the digital world. Having completed a masters in visual communications and art from Design & Arts College of New Zealand, he designed digital/web campaigns for companies like Coke, Adidas, BP, Nissan and Sony Play Station.

After working for nine years in New Zealand, Anil found his true calling on coming back to the Silicon Valley of India - Bengaluru. The thought of setting up a design studio was in his head, and he took the first step towards that by laying the foundation stone of UI/ UX design studio Lollypop in 2013.

"Honestly, it was a tough decision to give up everything and come back, but the voice inside my head never stopped,” said Anil.

Anil had hardly anything in the way of seed capital when he started Lollypop. All he had were his pencils, sketchbook, iMac and monitor, coupled with his experience. During the initial days, Anil used to be filled with feelings of resentment, re-evaluating the decision of entering entrepreneurship every now and then.

Anil recalled that since awareness of the design field was severely limited, attracting investment was a difficult task. He said, “Everyone would spend millions on a physical office, the product and its packaging, but would not spend on their digital presence. So, I began designing at exceptionally nominal rates. Thanks to my good repute in the field, I got enough projects from New Zealand, and I was able to scale up my team to seven members within six months.”

70 percent of Lollypop’s clients are startups. The company conducts a workshop of a day or two to understand the client’s challenges before taking up a project. The next step involves dedicating a team for each project, with project managers becoming the point of contact for clients.

Anil fondly remembers how one of the founders of Upstox (a subsidiary of RKSV) approached him with the concept of disrupting the stock trading market in India. They started working on the project with the research and insights they had, and discovered that the competition was tight with the big players in the US market.

They then proposed having a single pager digital pitch and building on two products, as all other players had just one. After much discussion and thought, the entire team agreed on the proposal. Then the team at Lollypop concentrated on ideating the name, logo and brand identity, taking a couple of days to design the logo and structure the brand guidelines.

“Upstox is a very renowned name in the stock trading market and is becoming the corporate image, with RKSV taking a back seat,” says Saurabh.

Currently, Lollypop has multiple projects, with ScoopWhoop, Narayana Health, Stanford University and Accenture being a few of the noteworthy ones.

Though Anil did not quote any specific number in terms of month-on-month growth, he did say that, sometimes, the revenue growth scales up to 75 percent (depending on the size of the project). He even added that in some months, the growth becomes negative due to a delay in cash inflows.

Lollypop has a team of 40 members. Besides the usual designing work, Anil envisions teaching and training students from small villages and building their career in design. By the end of the year, Lollypop has plans to branch out to Mumbai, with a goal of establishing a global footprint and expanding to the US the year after that.

The growing demand for design in the competitive business world has given a fillip to the market landscape of UX/UI designs. Hyderabad-based prototyping and testing platform CanvasFlip allows product managers, UX teams and entrepreneurs to validate their ideas and check user experience without having to write any code manually. Another entrant in the field, Bengaluru-based startup GoodWorkLabs designs and builds mobile apps, software products and games. YUJ Designs Consulting provides user experience design solutions for software products.

“In terms of revenue, we are estimating that we will achieve 100 percent growth this year, which is very evident from the current 4 months’ picture; we are already 30 percent ahead of our revenue as compared to last year,” said Anil.