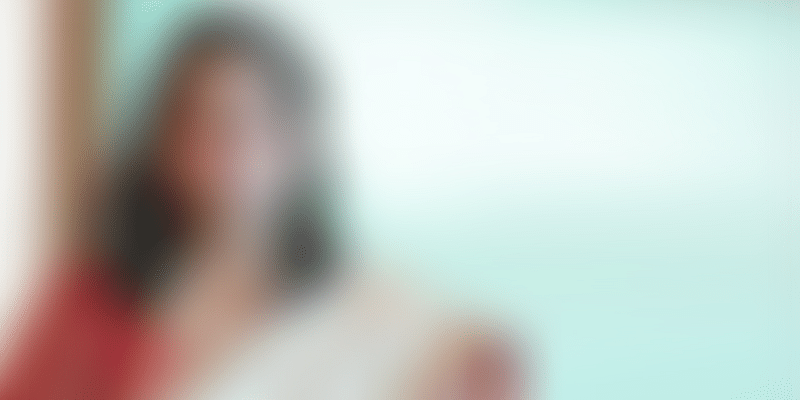 A 95-year-old bedridden great-grandmother in Mumbai burst into tears when she managed to see her great-grandchildren after 11 years and talk to them via skype. Just the click of a button made this exchange happen. It was a moment that had everyone in tears, including Vidushi Daga, who had made the exchange possible.

I clearly recall the shock on my maternal grandmother’s face when she and I skyped a few years ago. She could not believe that it was possible to see me in real time. While technology gets better and sleeker, not everyone has been able to keep pace with it. It is kahaani ghar ghar ki that parents, uncles, aunts and grandparents struggle to figure out the intricacies of technology, from apps, WhatsApp, email and Facebook to just their smartphone’s interface. Obtaining the gadget is not a problem, operating it is.

Vidushi’s venture Clone Futura, a company based out of Mumbai, solves this very problem. It provides onsite and customised technology training and support services through computers, iPads and smartphones to people of all age groups. “Technology is growing and people are getting handicapped due to complications with new ways and methods of dealing with each other in daily life. So, we invented new ways of training them in technology and doing so in a simple and fast manner, especially for kids and young adults, who spend as much as 700 hours on social media and games in a year,” says Vidushi.

On a break from work after the birth of her second child, Vidushi realised that people above 45 years of age were falling into the trap of the generation gap, and technology was making the divide feel wider. “I realised that this gap existed when I discovered that my aunt was struggling with her newly-purchased phone. Her frequent queries wouldn’t get solved even after repeatedly requesting her son.” Additionally, when she saw her own son spending hours on social media and games, she decided she wanted to use this institution for technology and channelise it better, making this exposure to technology productive.

She got started in 2012, but registered the company only in July 2013. At the beginning, the 37-year-old was helping three to four children in her apartment. To take this a step further, she approached the National Sports Club of India at Haji Ali and trained the 81 seniors members associated with it. The next big step was when the popular Lodha builders approached her and asked her to train 10,000 people as part of their CSR activity. Vidushi completed the project with just one trainer. It was from here that things took off, and she began to hire more trainers as demand increased.

From the Bombay Stock Exchange to entrepreneurship

Vidushi’s stint with entrepreneurship, though recent, has not been difficult. A natural hustler, she started early. By the age of 14, she was part of new multi-level marketing efforts like Amway and Oriflame. Studious, ambitious and driven, Vidhushi bought products from wholesalers and sold it at exhibitions to earn good profits.

The knack for making profits took her to the Bombay Stock Exchange at the age of 17. Initiated into it by her grandfather, Makhanlal Damani, she spent 14 years there as an arbitrageur. Named the ‘Queen of Arbitrage’ by those at the Bombay Stock Exchange, she possessed all the right qualities that the job demanded. “I was young, had good eyesight, a knowledge of computers, discipline and the instinct to learn.” She quit only to take a maternity break and dedicate time to her children.

Vidushi’s focus has been business strategy and development, while her husband has been supporting her by managing the backend operation.

Clone Futura’s focus is on women, children and seniors. “We are training kids to be productive and innovative online, we are training women to start their own businesses and sell online, and we are training the seniors or elderly to bridge the digital divide and generation gap by empowering them with knowledge of the current tech scenario. We have customised training for principals, teachers and students as per their requirements in the comfort of their homes.”

Their differentiator is that they cater to a diverse age group, and especially to those who can’t travel or are bedridden.

The team comprises of 12 core members and 300 freelance trainers.

The Uber of training

An automated system drives the entire process. “It’s almost like how Uber works. The trainers and the trainee get an SMS. The trainer knows in advance what he or she has to deliver. The trainees can also give feedback after the course. At any given point of time, I can track any trainer and know where they are and what course they are training.”

From general technology and digital training, the trainers also extend their teaching to topics like coding, digital marketing and cloud computing. They are paid a percentage of the fees for training. “Trainers are mostly in the age group of 18-24 and earn enough to even fund their MBAs abroad or buy a motorbike or MacBook,” says Vidushi. They also have online video manuals for their teachers, with automated assessment and certifications in place to ensure quality is not compromised on. The demand is mostly from the metros, though the Tier I and II cities are not far behind.

Given that Vidushi had started out with an investment of Rs 15,000 and the company is today clocking a revenue of Rs 1 crore, which they aim to push to 3 crore by next year, the rise of the company has been astounding. Funding will come in handy for quality trainers and marketing their initiatives such as JuniorWhiz, a competition that encourages kids to innovate. “Since the systems and processes are already in place, all we need is the funding to scale.”

Given the response the company has garnered in Mumbai, Vidushi has also initiated pilot projects across India. They are planning to expand and open home based centres across India by this year-end. Vidushi is also looking at expanding the team of trainers from 300 to between 4,000 and 6,000 in the next two years.

In the service sector, Cloud Futura has found a niche for itself, which it can tap to make money while doing good for those who feel digitally excluded. While private tutors and small institutes make up the bulk of their competition, they face global competition from the likes of Apptrainers.in, which trains people on how to use apps by nurturing a community of app trainers.

It is yet to be seen how quickly this model can be scaled.