7 YouTube stars who became millionaires by following their passion 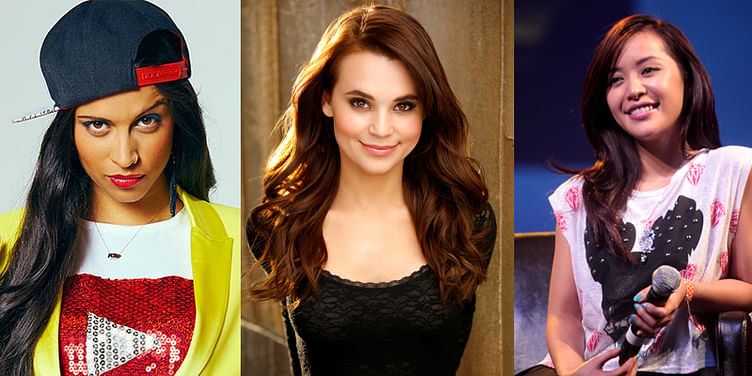 From make-up tutorials to comedy acts and video gaming, YouTube has proved that when it comes to talent, there are neither rules nor limits. Get inspired by these young YouTube stars who’ve earned the millionaire tag by doing what they love.

Who’d have thought that playing video games could make one a millionaire, let alone one of Time magazine’s "The World's 100 Most Influential People"! But that’s exactly what Felix Arvid Ulf Kjellberg, known to his YouTube ‘bros’ as PewDiePie, has done. With 49 million subscribers, this Swedish sensation has the highest number of YouTube subscribers, surpassing even Rihanna’s Vevo account to become the most viewed channel ever.

When PewDiePie dropped out of college to focus solely on his YouTube career, which entailed him commenting on and reacting to video games as he played through them, his parents (quite understandably) went bonkers. But he still followed his passion, and worked at a hot dog stand to support himself while his YouTube channel began its rise to fame. As the richest YouTube star today, it was all worth it in the end for PewDiePie.

There just can’t be anything better than sharing a career worth $8 million with your childhood best friend. The duo of Ian Andrew Hecox and Daniel Anthony Padilla make up Smosh, a sketch comedy act known especially for their live-action skits based on Pokémon games. Smosh doesn’t just have a single YouTube channel – they have ten of them! With over 22 million subscribers and 6 billion views, Hecox and Padilla show no signs of slowing down. In 2015, they even bagged a Hollywood deal, with Smosh: The Movie being released in July last year.

Brothers Benny and Rafi Fine came up with an odd but simple idea of making YouTube content of them showing viral and over the top videos to kids, teenagers, elders and other YouTubers and capturing their reactions. These made for such an entertaining watch that the Fine Brothers’ YouTube channel even went on to win a Daytime Emmy Award. Their online success paved the way for a TV show with Nickelodeon in 2014 called React to That.

This self-taught beauty expert isn’t just a YouTube star, but also an incredibly successful woman entrepreneur. In 2010, Phan was made Lancôme’s official video make-up artist, while in 2013, L’Oreal launched a new cosmetic line by her called em. She has also co-founded a monthly beauty products subscription service called Ipsy, which is valued at over $500 million. With her sharp knack for business, she is surely a classic example of beauty with brains.

Comedians are some of the most popular personalities on YouTube, but there’s none like Lilly Singh, a Canadian of Indian origin. Singh’s raked in millions through her YouTube channel ||Superwoman|| that features satires on her ethnic Punjabi culture and regular day-to-day life issues. In 2016, Singh got down to business by launching a red lip stick named Bawse and releasing her first documentary film titled A Trip to Unicorn Island. What’s most inspiring about Singh’s story is that she first started making YouTube videos as an emotional release while she was struggling with depression. Undoubtedly a great example of where your passion can take you.

While she initially wanted to pursue a career in acting, it was Pansino’s passion for baking that made her a celebrity. Inspired to cook by her grandmother, Pansino’s cooking show Nerdy Nummies has peaked as the most popular YouTube channel about baking. In 2015, Pansino published her first cookbook titled The Nerdy Nummies Cookbook: Sweet Treats for the Geek in All of Us, which was featured on the New York Times bestsellers’ list.

The best thing about YouTube is that it provides a platform to the most unconventional of talents - ones that wouldn’t find a place in the real world. Lindsey Stirling is a fantastic example of this. She is a performance artist who plays awesome violin while dancing. After initially being rejected by a major record label (oh, how they must be pulling their hair out over that stupid decision), Stirling found massive success on her own through her YouTube channel. She sold one million singles worldwide in 2014, and her eponymous debut album went platinum in Europe. She won the 2015 Billboard Music Awards for Top Dance/Electronic Album for her second album Shatter Me.