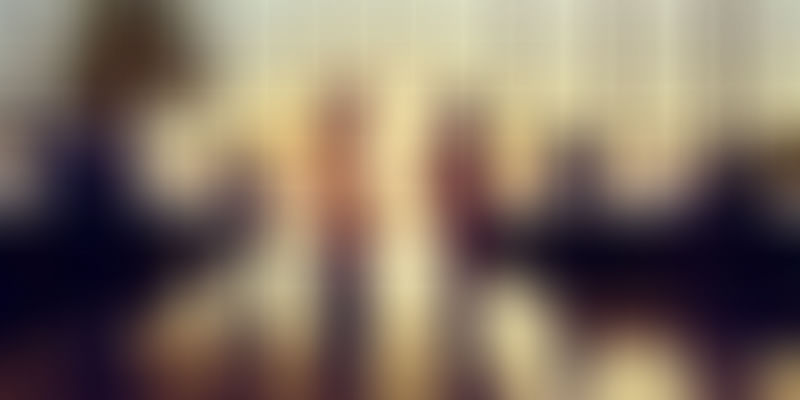 Networking is almost biblical to entrepreneurs everywhere, who understand its pivotal role in helping their business grow. Forming connections with all the right people is one of the first guidelines to becoming a successful entrepreneur, the second being to follow up on these connections. There is a common misconception that networking takes great public speaking skills and an air of supreme confidence. But while both definitely help, they are far from a dire necessity.

If you are passionate about your product or organisation, then transmitting this passion across to a third party will come as a second nature to you. That being said, there are certain tricks to the game that will make you stand out among the hundreds in the race and help you make the connections that matter.

While this has been addressed in great detail, we would like to take a different approach. Here, we note the common misconceptions about networking, and why they need to be debunked.

A waste of time

Those who haven’t been part of the networking race long enough, consider it to be a ‘waste of time’. Their idea of ‘my work will speak for itself’, though commendable, is redundant if they don’t make a little effort to promote it among those who matter. Once you branch out, the people you rope in will then promote your idea to ten more people who will pass it on to five more, and so on. This happens until it reaches that one individual or organisation that will take an active interest in it and pool their collective forces behind it. However, as with everything else this requires good strategising and active follow ups to help you build the network you require.

Another common networking myth is that only extroverts make good networkers. This is as far from the truth as it gets since good networking depends on your strategy, not your personality. In fact, some reports even suggest that introverts often make for better entrepreneurs in the long run. That being said, you can’t sit out a networking meet and expect people to notice you anyway. You have to battle your insipid fear, mask it, and go out there and talk about what you’ve been putting heart, body, and soul into for so long. The inherent passion in your voice will attract all the right people and take you to all the right places.

It’s a lot of trouble to carry out

The stereotypical image of a man in a suit, with a briefcase in one hand, and a business card in the other, travelling to reach out to the potential big guns doesn’t quite add up to where the world is currently at. Today, a rising interest in entrepreneurship has led to the creation of various networking meets across the country and even the world at large. Social media platforms are being used for the same purpose, allowing entrepreneurs to reach out to anybody in the world, without having to move an inch from their laptop. Technology has brought networking to your fingertips, allowing you access to anyone and anywhere, through a four-squared digital window.

It’s all about who you know

Networking isn’t about who you already know, it’s about who you should know. You may have a dedicated group of friends who are happy to promote your organisation on Facebook with a call to ‘like and share’, but that’s not all there is to it. As an entrepreneur, you have to build your circle, and reach out to all kinds of people – some who you like and even those you don’t. You need to step out of your comfort zone and branch out vigorously, relentlessly, and dedicatedly. Then, and only then, can you finally turn the heads of those who can help you establish and change the face of your business.

The bigger the better

Although it is imperative that you branch out beyond existing circles and secure new connections, as and when possible, you should also know where to invest your time. As it applies to everything else, the concept of ‘quality over quantity’ is essential here. You don’t want to waste your time working to build connections with people who do not show the slightest indication to help you in the future. In these scenarios, it is always good to follow your gut and take the time out to reach out to fewer people, but those you know will help you when the time comes. Your networking circle could be smaller than you’d imagine, but it also needs to be stronger than even that.

So it is time to get these wayward notions out of your head once and for all and start reaching out to the people who matter. Who knows, it could even be someone reading this article…