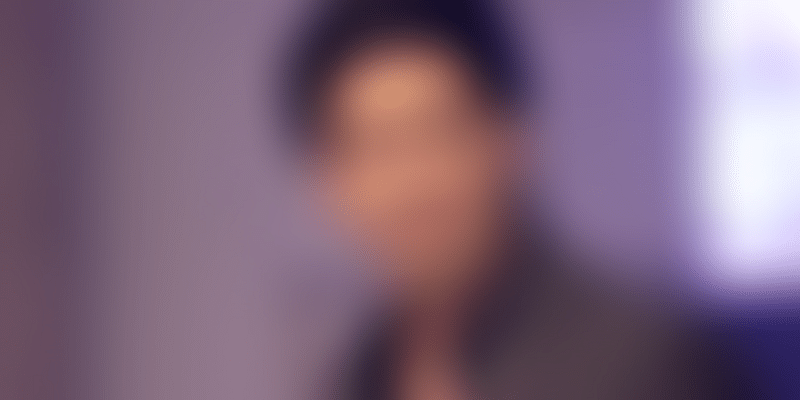 “There is only one religion in the world – hard work”

Shah Rukh Khan is a name of many titles – King Khan, King of Bollywood, King of Romance, and surely many more have been ardently granted to posters on the walls of his devoted fans. Whether or not you’re a fan, let’s take a moment to consider what could have been – the possibility that Bollywood’s most prized possession belonging instead to the Pakistan Film industry. Shah Rukh Khan’s father, Meer Taj Muhammad Khan, was an activist during the Indian freedom struggle in Peshawar. It was only after the Partition of India that he, with his wife, migrated to India. It was on this day in 1965 that the boy who would grow up to be throned as the King of Bollywood was born.

He may be celebrated for his Bollywood presence, he may be loved for his wit and charm, but there is a visionary in him – a businessman – that gets little attention. Today on his birthday, let’s gain some insights from his little-known, but impressive, business feats.

In 1999, Shah Rukh collaborated with actress Juhi Chawla and director Aziz Mirza to establish his first production company, Dreamz Unlimited. A year later, he produced Phir Bhi Dil Hai Hindustani, which turned out to be a commercial failure as it was outshined by then newcomer Hrithik Roshan’s film Kaho Na…Pyar Hai. In 2001, he produced yet another film, Asoka, which also failed to draw a good response. The company continued to face losses until in 2003, due to conflicts with his partners, the production endeavours of Dreamz Unlimited screeched to a permanent halt.

A businessman needs to have foresight

Alongside his work with Dreamz Unlimited, Shah Rukh envisioned and conceived his website, srkworld.com, with an intention to create a “platform wherein the film industry can synergise completely and provide users with the kind of information and pictures that are not found anywhere on the Net… also a convergence of talent and business resources…” The internet as a medium of information was only just picking up, and Shah Rukh showed a foresight that gave him a head start in the converging world of business and film.

He demonstrated similar forethought soon after his new production company, Red Chillies Entertainment (RCE), took off in 2004. This company, an impressive rebound from the failure of Dreamz Unlimited, was created upon teaming up with Gauri Khan. RCE went on to produce films like Om Shanti Om that were among the highest grossing films at the time of release. But the defining moment for the production company came when in 2005, Shah Rukh created its visual effects studio, Red Chillies VFX. Visual effects hadn’t picked up in the Bollywood film industry as yet but there was a lot of potential. And promisingly, Red Chillies VFX soon produced Ra.One, which broke box-office records and became the second highest-grossing Indian film worldwide. It was the foresight of this company that also introduced Bollywood to 3D releases.

Always be willing to learn

Most actors, after signing endorsement deals, concern themselves predominantly with the product alone. Shah Rukh, however, has been known to show a keen interest in the business models of his endorsements. In 2007, the DTH service (direct-to-home) provider Dish-TV signed Shah Rukh to endorse their brand and services. During the ad shoots and between takes, Shah Rukh took time to question the COO, Salil Kapoor, on the clockworks of the DTH business. It is worth mentioning that his interest was not of a novice as he already had an impressive “knowledge of consumer behaviour and marketing. He could easily give a lecture at an IIM on the subject,” as Kapoor notes. Shah Rukh simply considered it important to understand a business before investing time, energy, money and, in his case, his name in it.

Passion, not money, must be your motive

In 2009, Shah Rukh partnered with Juhi Chawla and her husband Jay Mehta to acquire the ownership of the IPL cricket team, Kolkata Knight Riders (KKR). Although buying an IPL cricket team was an obviously lucrative investment, what really drove Shah Rukh was his love for sports. “I didn't buy an IPL team to make crores of rupees…I can make money by dancing at weddings,” was his witty response that you can imagine came with those deep dimples. It was for a similar reason that in 2012, he showed an interest in buying the shares of the Indian Football Club of I League. Although he acknowledges the profits pooling in from such investments, he still believes that “If you have a desire to win a business in terms of numbers, you are limiting yourself.”

The most important business lesson one can pick up from the King is the importance of and the power that being influential holds. Shah Rukh Khan, from his hard work and passion, has become one of the most influential personalities of this country. At the end of the day, there really is no other way to incite a change in the world.