After facing discrimination for being curvy, Mallika Angela is on a crusade against body shaming 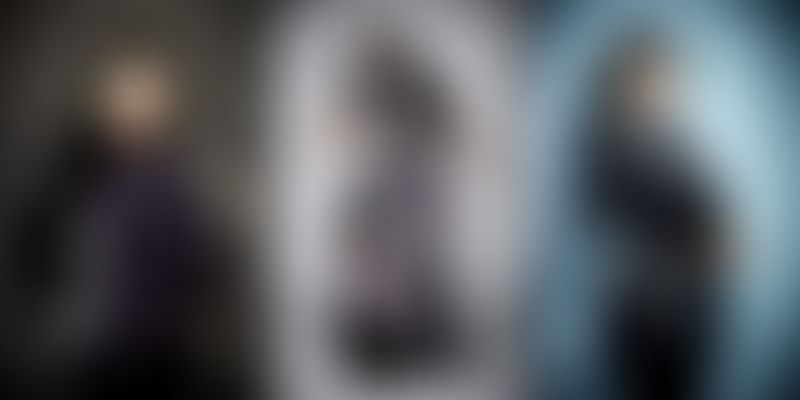 “You are beautiful but you are dark.”

“Aren’t you a little skinny for that dress?”

“Isn’t she too heavy to be acting in the movies?”

Every one of us must have either been part of or witnessed such conversations in our lives. These perceptions of people and ideals have been strongly embedded in our psyche that we have refused to accept anything that is not deemed 'normal' anymore. We often don’t realise that there are different kinds of people and every kind makes up the world.

Movies, media and the advertisements have pretty much shaped our opinion of the world. Not only do they tell us what the norm is but they also make us want to change what already exists in nature. Tired of such shunning and comments, stage actor and director Mallika Angela decided to start a campaign against these prejudices.

‘Love Every Body’ is a social campaign through the medium of digital, print and video advertising to promote body loving and end body shaming of every kind. Mallika strongly believes that multi-national brands that spend crores of rupees on their advertisements rule our minds and our thought processes. She says,

“I’ve been a curvy girl for quite some time now, and I’m proud of who I am. I want everybody to feel accepted and loved.”

Mallika, who was born and brought up in Canada, talks about the kind of discrimination that she has faced here in India, as she gives us insight into the experiences that she has had here.

Taking a fascination to Indian culture and arts, she decided to move to India in search of a career. She says, “Before moving here, I knew little about the discriminating mindsets of Indians. From where I come, people are generally more accepting, considerate and I didn’t face shame body shaming on a daily basis.”

She talks about how confident women are about their bodies, and how everybody is advertised regardless of the shape or size.

After moving to India, Mallika began to realise that she is indeed a world away from home, as she started facing discrimination for being curvy. After a couple of years of shunning and humiliation, she decided to wake up and start fighting these stereotypes. She says,

“One day I realised that I do not have to succumb to these stereotypes and I asked myself, ‘What am I doing? Why am I letting the world control my perception of myself and how I feel about myself? What kind of a role model and what kind of an actor will I be if I let people decide my happiness?' These questions were on my mind and drove me to start this campaign and I want to do my bit to break these stereotypes and help people overcome these prejudices.”

Mallika feels that the concept of a person who looks different from the society’s norm cannot have a normal lifestyle or should be treated differently has to change. People are afraid to be themselves and have let others decide how they feel about themselves.

To portray these feelings and to speak on behalf of everyone who has been subjected to body shaming, Mallika has come up with a video. In the video, Mallika is seen wearing a body-fitting black dress and voicing the feelings of every girl who has faced discrimination based on her body type. She asks her audience to rise above all those norms and be proud of their bodies and themselves.

Talking about the video, Mallika says, “I chose to wear such an outfit because I wanted to show to the world that despite my size or shape, I can look good and so can anyone else.

Throughout the video, you can see another girl, who is representative of my soul. She spins, trying to dodge the shunning and the comments, and towards the end she falls down. I want to convey that, one day, your soul will stop feeling and stop responding to all these comments, because at the end of the day what matters is your opinion and not anyone else’s.”

Mallika hopes that men and women of all walks will connect with this message and that her campaign will bring about a change in the society.

She plans to spread the message as far and wide as possible through adverts of various kinds. She plans to advertise through bus backs, posters, lollipops, theatre halls (pre adverts), online ads, free merchandise and a lot of newspaper advertising to get people to listen to the message. She hopes to raise the needs for the campaign through crowdfunding.

On her next video, Mallika says that she is soon planning to make another short film featuring girls of every kind, with the message that there are all kinds of people.