Indian language social platform ShareChat has raised $4 million in a Series-A round of funding from Lightspeed India Partners, while existing investors SAIF Partners and India Quotient participated. The funding round also saw participation from Venture Highway (through VH Capital).

This fresh round of funding will be used to tap the vernacular ecosystem better and offer enhanced infotainment and utilities to the potential market.

In July this year, the startup raised $1.25 million, in a round led by SAIF Partners, which contributed $1 million, and existing investor India Quotient, contributing as much as $25,000.

Anand Lunia of India Quotient (the first investor in ShareChat) said that two years ago it was just an idea to build a social network for the masses. From the days of ideating, the team has come a long way and has grown along with the business.

Founded in October 2015 by IIT Kanpur alumni Farid Ahsan, Bhanu Singh and Ankush Sachdeva, ShareChat claims to be building the largest social content network in India with a focus on small town users and vernacular content. ShareChat started as a content repository app for sharing on WhatsApp, and has now evolved into a full-fledged social network.

“Our focus is to become the most essential, non-chat social app for a first-time Internet user, whether it is through local language content or through infotainment services that are relevant to them. They are hunting for things to do that are utilitarian (payments, commerce, etc.) – there’s plenty of choice here from Flipkart to Ola to Justdial to Paytm. They are also hunting for ways to kill time (TV, games, books, magazines, news, music, social media and more,” says Farid, who is the CEO.

ShareChat CPO Ankush Sachdeva, who has just returned from a survey trip to Alwar, Rajasthan, believed that the Indian user is very typical in his/her needs and this gives local players closeness to user problems when compared with global social networking giants like Facebook, Instagram, WhatsApp and Snapchat.

ShareChat is now available in six languages- Hindi, Telugu, Malayalam, Marathi, Gujarati and Punjabi. Tamil and Bengali are currently in private beta and will be shortly made available to all users. The app has been downloaded 3.5 million times, with roughly two million active users on the platform. On a daily basis, one million content pieces get shared from ShareChat.

“ShareChat is poised to be a big problem solver for the largely ignored mass market of India. The audience definitely needs a product which is relevant to their mindspace and we believe ShareChat balances this need of a content plus social discovery platform in the best fashion.”

Local language is here to stay

According to Google India, online Hindi content consumption is growing at a rate of 94 percent year on year compared to the 19 percent for English content. Google has also announced that its mobile and web advertising network Google AdSense will support Hindi content.

Like ShareChat, there is Matrubharti, a self-publishing platform for authors and an app for readers to download ebooks in local Indian languages. Pratilipi again is a self-publishing and reading platform for Indian language literature. The others in this space include Planet GoGo, a lock-screen app for content discovery in local languages, and Shabdanagari, the first social networking site in Hindi. 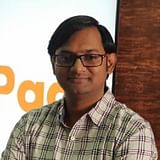 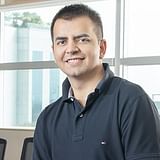