The way to start again is… 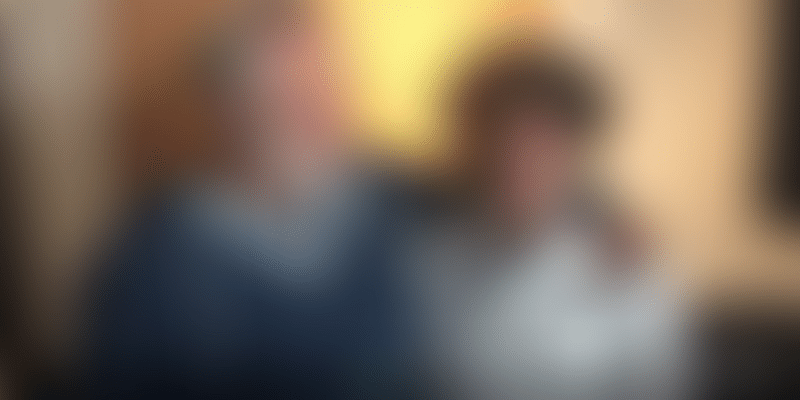 Brian Koppelman and his wife Amy Koppelman saved my life. Many years after he ruined my life.

First off: when he wrote the movie “Rounders” I became obsessed with poker. I went to the same club he played at and played for 365 nights, including the night my first daughter was born (I was there for the birth though!) .

I was an addict. But eventually I stopped in order to start another company. I wish I had never stopped because that other company cost me all of my money at the time.

Then he wrote several of my favorite movies after that. I didn’t even know it was the same director until the first time I interviewed him here.

Now he is writing and producing my favorite TV show, “Billions” on Showtime. About an aggressive hedge fund billionaire going after an equally aggressive US Attorney played by Paul Giamatti.

Brian has been on the podcast several times but there’s always so much more to talk about in terms of creativity and inspiration and how to succeed as an artist / entrepreneur.

Ditto for his wife Amy who has also been on this podcast and written three of my favorite novels. One of which was turned into a movie (“I Smile Back”) starring Sarah Silverman.

But here is how they saved my life.Awhile back I had a personal emergency. Things were going haywire.

Amy called me and said, “What’s going on?” I told her.

That was one time.

Another time: I lost millions of dollars in a half hour while I was on the set of “Billions” watching it be filmed.

I was called into an emergency board meeting by phone and found out the company was going to be shut down. It was a disaster.

But 90% of how we feel about a situation is determined by our choice of how we will react. Only 10% is based on the situation itself.

And since I was on the set of my favorite TV show being filmed, I decided to enjoy myself. Brian later said to me, “You lost what!? We couldn’t tell at all. You were making jokes, asking questions, and you were the last one to leave.”

I used being on the set of “Billions” to change my reaction to an otherwise horrible event. This allowed me to easily change my 90% reaction into a positive one.

So not only is Brian a creative genius, but he’s a good friend.

I went up to his offices where they are writing season 2 of “Billions” and I had maybe 1,000 more questions about creativity, writing, the arc of his career, and of course, billions of dollars.

But one thing stands out for me.

Everyone always says, as if it were advice that has come down from heaven to all writers: “Write what you know”.

Stephen King didn’t know what it was like to be a bullied teenage girl with psychic powers when he wrote “Carrie”.

Ernest Hemingway didn’t know what it was like to be an old Cuban man who spent his life fishing.

JK Rowling didn’t know what it would be like to be a boy attending Hogwarts Wizardry School.

This is the key to all good art.

In this podcast, we also talk about what it feels like to hit a dead-end. To be unsure how to move forward. To be scared that maybe the best was behind us.

How do you move past that. Recreate yourself. Start the work again. Flourish.

Related Reading: How to Self-Publish a Bestseller

James Altucher is the author of the bestselling book Choose Yourself, editor at The Altucher Report and host of the popular podcast, The James Altucher Show, which takes you beyond business and entrepreneurship by exploring what it means to be human and achieve well-being in a world that is increasingly complicated.