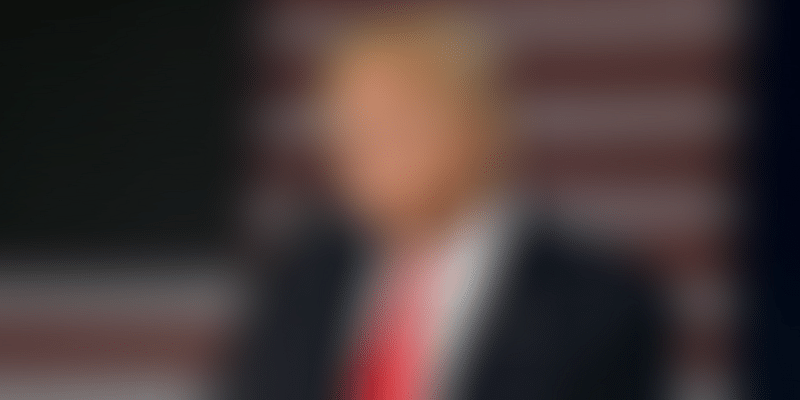 While most of America is stunned, the rest of the world utters inarticulate how’s and why’s. Everybody wants to know what happened. How did a man, with a blatant abhorrence, become the representative of an entire country? How did a man, despite being thwarted in Presidential debates, defy logic and become the President? Here’s an attempt at providing some insight to those plaguing questions.

Majority of Americans identified with him

For many, it was only ‘logical’ that Americans, in the end, would not vote for Trump given his controversial and depreciating statements against, well, everyone. The population against Trump identified themselves as liberals, a.k.a, the elite smart. So the logic held here was that there was no way ‘smart’ people would vote for someone like Trump. What went unnoticed, however, was that the middle and working class of America which isn’t privileged with adequate education is a significant portion of the American population. This majority, being in stark contrast with the more educated liberals, found themselves within closer proximity to Trump. Moreover, his lack of political experience played to his advantage as it made him more ‘human’ to the working-class when compared to the headstrong politician that was Hillary Clinton.

He won the hearts of Clinton’s rejects

Trump swooped down on the Midwestern states – Michigan, Ohio, Pennsylvania and Wisconsin – like a vulture claiming the carcass left behind by Clinton. Except that here, the vulture was dressed as the American hero with (of course) orange hair. These four states were traditionally Democratic but had consistently elected Republicans. Why? Because Clinton backed trade policies that left the industries of these states in a rubble. Trump won their favour by giving them exactly what they were deprived of – attention. When the Ford motor factory planned to shut down, which would have led to a surge of unemployment, Trump threatened them with heavy tariff charges on Mexican-built cars that would be shipped back to the US. The middle-class population of these states had been endlessly struggling and Tump’s promises were to them, the American dream they were denied.

He fed the ravenous bellies of male and white supremacy

Gender equality has improved in America over the years, but the idea of a woman as the President of their country is still unpalatable to many. In addition to that, white supremacists, who, for eight years, bowed to a black president, now had an advocate to forward their cause. Michael Moore, who had urged the American people not to underestimate the Trump wave, predicted – “White men over 35 are only 19 percent of the country, but that's 40 million voters, and I'm telling you they're going to be out there [at the polls].”

He symbolised the winds of change

Back in the 90’s, the people of Minnesota, which is one of the smartest states of the country, elected a wrestler (Jesse Ventura) as their governor. They did so to get back at the system, but more importantly, because they could. A simple reason, yet incomprehensible. A very similar thought process occurred during these 2016 elections. When weighed against a faulty system and the disappointment caused by Clinton, Trump posed as something ‘different’. Good or bad, a change nonetheless. All that most people wanted was to stir things up, and who better than the erratic Trump to do all the stirring, right?

He had what Clinton didn’t – fervent supporters

For the liberals, Clinton was the lesser of the two evils. She had made herself extremely unpopular, what with her vote on the Iraq War, the Benghazi attacks in Libya, and her controversial policy decisions during her husband’s presidency. Most people who decided to vote for her weren’t enthusiastic, and as a result, didn’t inspire others to vote, as a Trump supporter would. The Bernie spill over was even less enthusiastic to vote for Clinton, who, for them, represented a rigid political system. In the end, most voted out of necessity and some sat the elections out. Trump, on the other hand, had supporters who would not be swayed. He was a strong motivation for the lesser privileged classes to get out of their homes, get in the long lines, and vote, despite the snags that presented.

He was the ‘scandal-proof’ monk

It is probably this frenzied support that he had that ‘excused’ all the scandals he so easily breezed through. He insulted the war veteran, John McCain, was caught on tape proudly boasting his sexual advances towards women, had a rape allegation against him, and picked a fight with Fox News’ anchor, Megan Kelly – and these are only the highlights. He was probably the only presidential candidate in the history of America’s elections who was not significantly affected by a stream of scandals where all it takes for most is one to cripple their polls.

The fault in Clinton’s stars

It was only after the FBI announced its investigation into Clinton’s email controversy that Trump’s polls spiked. Although the polls were close, his rise in the standings increased in the weeks between the reopening and closing of the case. Clinton was cleared of criminal charges, but the damage was done. The distrust that people had in her was filled to the brim – spilling over to Trump’s advantage.

What was once an unimaginable future is now the undeniable present of the United States of America. The matter of Trump’s triumph has been picked to the bone. Now, the country does the only thing it can – await its new President’s actions.