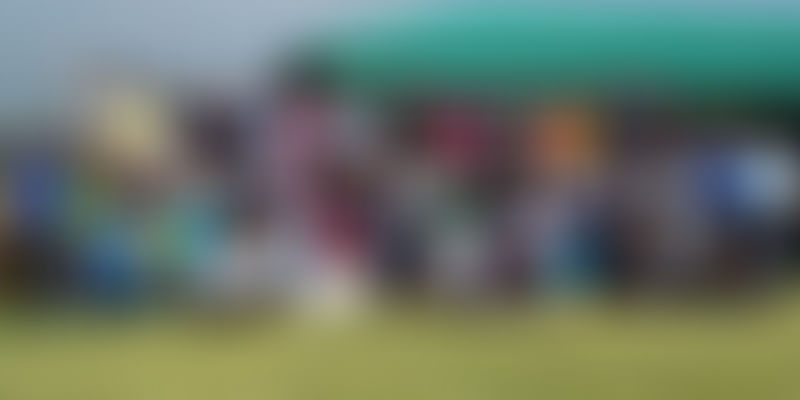 Solar is beginning to hit its stride, with the annual capacity installation in India expected to reach 5.4 GW this calendar year. If achieved, this will make India the fourth largest solar market globally (after China, the US and Japan). Prime Minister Narendra Modi has set an ambitious target of 100 GW of installed solar power by the year 2022.

From the time electricity became available to the common household, most consumers have been faced with a monopoly from the supply side. Only over the last couple of decades have a handful of countries started offering a choice of supplier to consumers, and in India, this privilege is available only to very large customers. With the developments in the field of solar energy, the smallest of consumers for the first time have the power to choose and to generate their own electricity. With the possibility of energy generation and storage at its source, it is going to be a very different world from the hitherto known centralised electricity grid. Keeping this in mind, Amplus Solar was founded in 2010 with an aim to provide an energy choice to customers.

After dabbling in many areas of the energy paradigm, including coal, gas, hydro and wind, the focus remaining on direct supply to consumers, Amplus finally zeroed in on disributed solar in 2013, and commissioned its first rooftop project in 2014 for an educational institute in Maharashtra. With an installed capacity of 16,699 kW and an under construction pipeline of more than 42,000 kW, it is one of the fastest growing distributed solar generation companies in India. Amplus has its corporate office in Gurgaon, Haryana with regional offices in Pune, Mumbai, Bengaluru and Chennai.

Amplus Solar had acquired SunEdison’s Indian Commercial and Industrial Rooftop Portfolio earlier this year. Following the acquisition, Amplus began to operate over 300 distributed generation and rooftop systems across India. Amplus provides integrated project delivery, operations and maintenance to commercial and industrial customers. “We continue to develop our rooftop portfolio and evaluate acquisitions in the renewable energy sector in India and beyond,” said Guru Inder Mohan Singh, Chief Operating Officer, Amplus, adding, “Amplus prides itself on the quality of its plants and the service provided to its clients. The facilities acquired from SunEdison India were built using high-quality equipment, and Amplus is implementing its proprietary remote monitoring and in-house data collection systems to ensure high uptimes and power outputs to existing customers.”

The acquisition brings with it relationships with global companies, including Intel, Amway, Standard Chartered Bank, Whirlpool and Delhi Metro, among others, and will cement Amplus’ leading position in the commercial and industrial rooftop solar sector in India.

Amplus Energy Solutions is providing distributed solar and energy solutions to industrial and commercial customers in India. It owns and manages a portfolio of operational and under-construction plants of approximately 60,000 kW, serving more than 30 customers at over 300 locations. Amplus Energy specialises in building rooftop solar power plants for on-building rooftops, car parks and open spaces on a Build Own Operate Transfer (BOOT) basis. The company’s business proposition is solar power with zero capital, no maintenance hassles and guaranteed savings for the customer from Day 1. The company is expected to generate a revenue of Rs 20 crore in this financial year.

Amplus has partnered with Walmart to provide solar power at 15 of the retail major’s Best Price Modern Wholesale stores across five states. In April 2016, Amplus commissioned India’s largest single-location rooftop solar installation for captive use of 4,000 kW for Yamaha Motors. The company has also partnered with leading Indian and multi-national companies like Dominos, Hilton Hotels, Fortis Hospitals and others to meet their sustainability and carbon-reduction objectives.

In October this year,Amplus Energy Solutions won a bid to install 14.5 MW of solar rooftop plants across 10 Indian states floated by SECI (Solar Energy Corporation of India). The tariffs offered are at a record low of Rs 3/unit in three states and vary between Rs 5.3 and Rs 6.2/unit in the other seven.

The incubation team at Amplus, comprising of CEO Sanjeev Aggarwal and COO Guru Inder, comes with a very strong background in electricity and project development. Most of the team members had worked together at AES Corporation, USA. After realising that the energy industry was changing rapidly, especially in the renewable energy sector, they decided to start Amplus Solar. Sanjeev Aggarwal, an IIM Ahmedabad alumnus and the managing director and CEO of Amplus, says, “It is a desire to create something long lasting that can keep you at the forefront of developing business and technological trends. The motto when we started out was very simple - to create a workplace where people would love to work and investors would like to invest.”

For most other players in the space, the rooftop segment forms a very small percentage of their overall business, not allowing them the focus required to address its unique challenges (grid scale and rooftop plants differ immensely in terms of challenges). Amplus Solar’s USP is that they deliver immediate, risk-free savings, with no investment required from the customer or any hassle of operations or maintenance.

Ankur Gupta from the company’s analytics team explained how the workplace at Amplus Solar creates a favourable atmosphere to work and excel. A horizontal team and transparency in the work flow ensures team bonding and has helped the company grow while keeping its principles intact.

The government has played a significant role in promoting the solar sector in India by setting ambitious targets, encouraging project developers, streamlining the regulatory framework and driving down costs over the years. Large scale solar projects face a different set of issues from distributed solar projects, and these issues would require a serious and concerted effort from the Government and its agencies. Hence, for the moment, the only real mechanism to tap solar power for the benefit of the people is distributed solar power. It is essential that there is a robust and streamlined policy and regulatory framework to allow the ramping up of capacity and large scale deployment of the technology.

Rooftop solar is naturally insulated against market-related risks (including land acquisition, SEB health and evacuation capacity). In fact, despite relatively higher capital costs, rooftop solar systems are a cheaper source of power vis-à-vis grid power for commercial and industrial users. Although the government is highly progressive and has taken several measures to strengthen the regulatory framework for rapid development of the sector, the ecosystem is still at a developmental phase. In order for the distributed (rooftop) segment to scale up, it requires the following enablers:

Consultancy and knowledge services provider Bridge to India expects the sector to reach a total capacity of 12.7GW by 2021.

The rooftop solar market in India has grown at a compound annual growth rate of about 90 percent over the past two years, while the cost of installing rooftop solar has fallen by 12 percent per annum for the past four years.

Others in this space

According to a report by Bridge to India, India will become the fourth largest solar market in the world by 2016 with expected capacity addition of 6 GW, overtaking the UK, Germany and France. The report also stated that a huge decline in costs and rise in the demand for solar installation fuelled the growth of India’s solar energy sector.

Capitalising on the growth of this industry, a few startups have sprouted up in the past few years. Hyderabad-based Fourth Partner Energy (4PEL) focuses on financing and building rooftop solar projects for commercial, industrial and residential clients. Last year, it raised $2 million in Series A funding. Started in 2011, Nuevosol Energy Private Limited builds solar mounting systems and structures for energy companies. Glowship is making solar solutions and services mainstream using e-commerce. IndiaGoSolar is an online solar marketplace. Cleanmax Solar is also one of the leading rooftop solar developers.

Amplus has a near 100-member team of dedicated professionals who are each experts in the power sector.

Amplus is fairly capitalised and competitive. Our plan is to accelerate deployment of rooftop solar projects across the country and provide customised solutions to cater to the needs of our customers. At the same time, keeping in sync with the market dynamics and changing technology trends across the world that will support us in continued growth, we are considering open access projects, storage projects, and creating a strong presence in systems monitoring and analytics.