How emerging economies will play a key role in global innovation 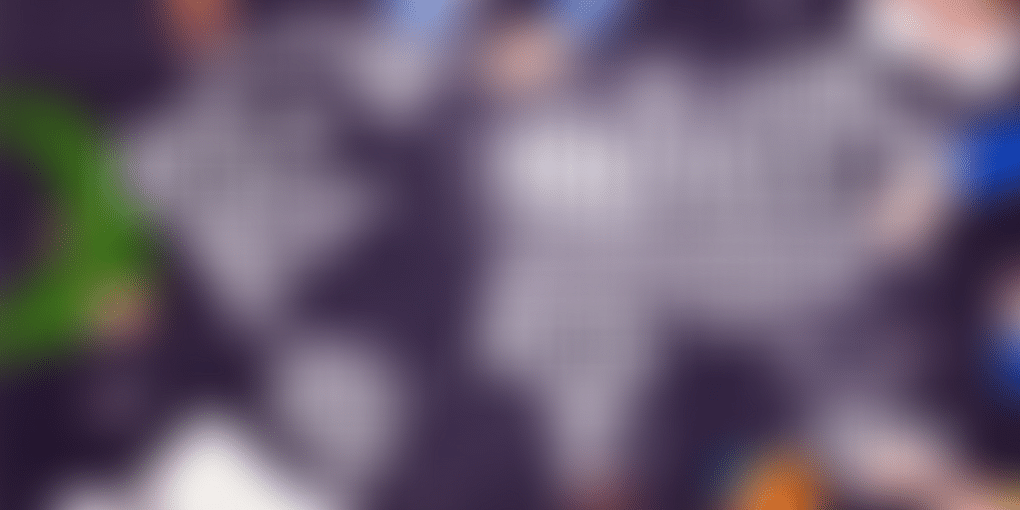 Constraints can be interpreted as a key driver for innovation – and, in the process, of overcoming their own constraints, emerging economies can innovate for the rest of the world as well.

MNCs are now tying up with startups around the world and setting up labs in emerging economies to innovate for local as well as global markets. “We need to transcend our national identity and develop global consciousness to solve major global problems,” said Navi Radjou, author of bestselling books Frugal Innovation and Jugaad Innovation, speaking along with a galaxy of experts and startups at the Africa4Tech Summit 2016 in Marrakech. (See also my reviews of the related books Lean Startups for Social Change, Gamechangers, and Global Tilt.)

“In the Age of Convergence, problems have no borders – for example, scarcity of food and water. We most co-create frugal solutions to these problems,” urged Navi. “Co-creation is the future of global innovation,” he predicted. Emerging economies in Asia and Africa can become a global epicentre of frugal innovation networks, and the speakers at Africa4Tech offered a range of useful tips for innovators.

Silicon Valley is certainly a trend-setter when it comes to digital startups, and there’s a wealth of knowledge and business models to build on and adapt elsewhere. However, each part of the world has some unique characteristics that open the doors to new types of local innovation, which can then be replicated or scaled elsewhere, as innovators from Asia and Africa are showing.

For example, Africa has a strong demographic advantage: the median age of Africa’s population is 18, as compared to 44 in Europe. Mobile is a fast-growing sector in Africa, and there are more than 400 African companies with $1billion+ revenue. Morocco hosted the Global Entrepreneurship Summit in 2014, and is promoting ease of doing business for local entrepreneurs.

“As Africa solves its pressing problems, it will provide innovation for the rest of the world as well,” explained Stéphan Eloïse Gras, Founder of Africa4Tech platform, to connect African innovators with counterparts and investors overseas. Their inaugural event in Marrakech featured 12 startup workshops, 15 digital talks, eight keynotes, and four roundtables. Four digital champions were nominated to present their work at the United Climate Change Summit (‘COP22’) in Marrakech.

“Treat adversity and constraints as a resource,” advised Juliana Rotich, serial entrepreneur and Founder of crowdsourcing platform Ushahidi and wireless connectivity device BRCK. Both these startups were conceptualised to solve the problems of scarcity - of real-time inputs during a crisis (Ushahidi during election riots in Nairobi) and affordable Internet access (for schools in Africa).

This calls for more teamwork and crowdsourcing of ideas and fudns. “Build home-grown talent and connect to the global networks. Entrepreneurship is a journey of discovery, of testing ideas and new business models,” she said. There are many ‘re-pats’ now in cities such as Lagos, or diaspora coming back to work in their home countries, armed with ideas, passion, connections, experience and funds.

Whether you are a digital pureplay or not, digital is a key enabler and platform for all manner of emerging startups. Digital helps bring in unprecedented scale of contributors and also to scale up impacts, said Juliana, describing her experiences with Ushahidi.

Ushahidi tapped a global network of collaborators and developers, and was used to monitor relief activity during earthquakes in Haiti and Japan, and to cover elections in the US as well as city planning in Dublin.

Digital literacy is not just about using digital tools but creating them. Digital creativity also needs to be learnt in new non-traditional ways. “The digital workforce needs to be able to learn without a curriculum, have high quality, and collaborate globally,” said Kwame Yamgnane, Co-founder of coding school Ecole 42.

Ecole 42 teaches coding without a teacher, curriculum or exams. All work is done in teams, not individually, according to Kwame. The line between thinker and doer is blurring, and industrial era education systems are going through a big overhaul in the globalised digital era where users are content creators and collaborators as well as consumers.

“Diversity is the spectrum of our humanity. Harnessed effectively it releases the most innovative expression of human possibilities,” according to Adewale Ajadi.

Design quality can improve with diversity of creators and users, and can be accelerated if a sense of empathy and inclusion is developed. “Empathic technologies and solutions can be truly transformational,” advised Juliana. Inclusion is not just about diversity, it is about good business and corporate citizenship.

“If inclusion is in your foundation, you will find the path to success,” said Juliana. This includes not just open source and open space but open conversations about needs and collaboration. “If you want to go fast, go alone; if you want to go far, go together,” goes a popular African proverb, which was widely cited at the conference.

Partnerships have helped m-payment fintech models to scale effectively. Kenya’s m-Pesa has an estimated 26 million users today, and accounts for the flow of 44 percent of Kenya’s GDP. Digital startups can be ‘the new industrialists’ and can launch without the burden of legacy.

New models have been built by piggy-backing on m-Pesa (such as mKopa Solar - pay-as-you-go solutions for solar energy) and Kio Kit (local content for schools along with BRCK connectivity). Speakers at the conference also called for better bridges between SMEs and government in terms of getting new product ideas and promoting successful startups.

Entrepreneurs will need to build broad as well as specialised skills. For example, in education, blended learning will be one of the most important features of edtech and delivery in emerging economies, observed Bontle Senne, member of the READ Educational Trust. Edtech startups in Africa include content/MOOC players such as Ubongo (Tanzania), AVU (Gambia) and Egpytian Knowledge Bank; LMS tools (SA-SAMS, South Africa); adaptive assessment and test preparation like SkoolDesk (Uganda); and game/simulation tools such as Eneza, Elimu, and Co-Creation Hub (Nigeria).

“While education unlocks the door to development, increasingly it is ICTs that unlock the door to education,” according to Kofi Annan, former United Nations Secretary General.

“Mobile social media, mobile money, and mobile health are Africa’s rising stars,” said Ralph Simon, Founder of Mobilium. There are apps now to diagnose TypeB Diabetes in seven seconds by taking a photo of the eye; there is also an app that can track health indicators when the smartphone is placed in contact with the belly, Ralph said.

“Smartphones will play a key role in gathering citizen health data by community health workers,” he added. Odcos Eye Care has developed an ‘eye clinic’ device which can be mounted on the cellphone. South Africa has developed a platform called A-Zmeds, to test quality of drugs and their availability in stores.

Emerging technologies include ‘insidables’ or chips which can be ingested, and send out signals about healthcare indicators. The combination of m-health and analytics helps go beyond individual treatments to macro views of health trends, outbreaks, and citizen attitudes. “Don’t just think about preventing sickness, work on promoting wellness,” urged Shaheed Gora of Johannesburg Hospital.

Emerging trends in agriculture include the use of AI along with farming and crop data, said Jamila Abass, Founder of M-Farm. Siri-like interfaces can help farmers get easier access to useful online knowledge. FarmBots are not yet immediately affordable, but will be the way to go – just as smartphones were expensive first but affordable now, Jamila observed.

In the energy sector, an estimated 1.5 billion people of the planet have no access to electric energy; half of them are in Africa. Rural Africa and rural Asia have similar off-grid challenges, and there is lots of potential for exchanging products and ideas. “The Western power grid model will not work in Africa, we need new micro-grid solutions,” said Demba Diallo, founding partner of Innhotep.

“Lithium batteries have taken the mobile revolution to unprecedented scale. One day we will have electric bikes all over Marrakech, not the motorcycles we have today,” said Rachid Yazami, pioneer of lithium battery solutions.

Startups will gain when they form communities and grow local entrepreneur ecosystems. Tools such as the Startup Ecosystem Canvas need to be deployed in aspiring creative hubs around the world, said Karim Sy, Founder and Chief Catalyst at JokkoLabs.

For example, there are over 200 startup promotion centres in Africa, according to Sy; a number of Startup Weekend events are being held in Francophone countries. Successful startups should become mentors, and not think like stars and go into hiding to avoid taxes, joked Sy.

“We need to do more than cheerleading, and share lessons and mentor the next generation of entrepreneurs,” urged Claude Grunitzky, author of Transculturalism: How the World is Coming Together. He cited the website True Africa as a good example of a platform to empower young Africa and its diaspora. “We need better storytelling in Africa to promote entrepreneurship,” he said.

For example, the Innovation Prize for Africa offers rewards of $100,000 (Best Innovation), $25,000 (Business Potential), and $5,000 (nominees), according to Pauline Mujawamariya, Programme Manager at AfricanInnovation.org. Categories for next year include health, manufacturing, agriculture, energy, and ICTs; applications will be judged in criteria such as originality, marketability, scalability, and social impact.

“It is not a failure if you learn from it,” said Michael Weber, Co-founder, SeedStars. “Done is better than perfect,” he joked. Startups must have a steady focus on ‘measure, track and analyse.’

Juliana Rotich of Ushahidi shared how they tried to branch out into for-profit tech services through a venture called SwiftRiver. “It was a failure for us, but led us to refocus on crowdsourcing,” she recalled. Other speakers identified crowdfunding as a way to validate products, and avoid failure by chasing unsubstantiated ideas or concepts.

The event also included a unique blend of entertainment, with South African DJ Mo Laudi ‘musicalising’ the message of the summit by blending traditional and electronic music. There were thematic workshops, a pitch competition and an awards ceremony for Young Innovators, some of whom went on to present their achievements at a panel during the United Nations Climate Change Summit in Marrakech (see my photo essay on the innovators and artists at COP22).

The challenge for policymakers is to address the needs of the emerging tech sector as well as traditional labour-intensive sectors like agriculture. “Digital offers a tantalising opportunity for emerging economies to leapfrog,” summed up Lionel Zinsou, former Prime Minister of Benin.