Reforms push unlikely in 2017 as seven states go to polls 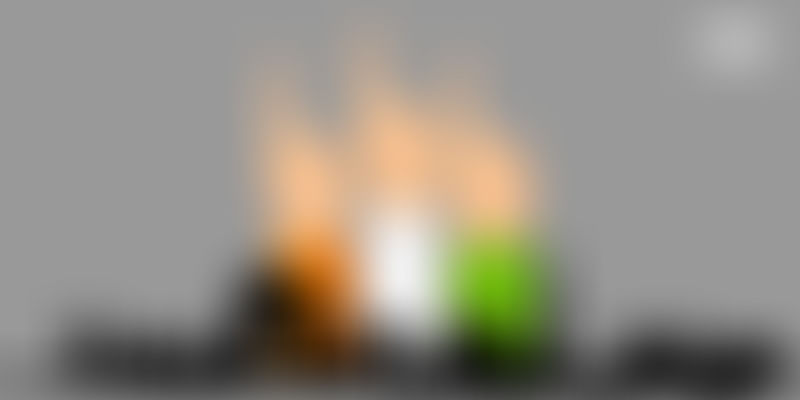 The government will be busy for the greater part of the year dousing the demonetisation fire and grappling with the GST Bill which will expire in mid-September if its rollout fails to adhere to the April 1 deadline.

While demonetisation and the changeover to the Goods and Services Tax regime dominated the anxiety quotient towards the end of 2016 along with some tough anti-blackmoney measures and good governance initiatives, 2017 might as well pass off as a year without any key economic reforms.

That’s because 2017 will witness the seven Assembly polls, including some in large states such as Uttar Pradesh, Punjab, and Gujarat, with the stakes being high for the Bharatiya Janata Party.

Though a wish list of reforms may be on everyone’s list, five of the seven Assembly polls are slated for the first quarter and two of them in the last quarter of the year, periods where the election commission will enforce the poll code.

Once the election code of conduct kicks in, no popular or proactive announcements can be made.

In fact, the union budget is also being advanced to February 1, with Finance Minister Arun Jaitley already hinting of a soft budget with friendly tax proposals and other sops as Prime Minister Narendra Modi-led government coasts into its third year. This soft route is likely especially in the light of the demonetisation mess where getting one’s own money from banks and ATMs have become a nightmare for India’s vast middle class, which largely voted for Modi, as well as those in the unorganised sector who are dependent on cash for wages. Both are crucial constituencies the government simply cannot ignore.

This budget will also see another first – the merger of the railway budget with the general budget. Though railway fare rationalisation is expected, there is enormous scope for some surprises too as the centre may not want to risk any announcement which it would be forced to roll back.

The year 2016 also saw a push towards Make in India and Startup India, where startups for the first time were recognised by the government as an entrepreneurial activity and the DIPP even started a fund for it. But, the biggest reforms were the cleanup act or the crackdown on black money and to make India a cashless society.

The Prime minister has already indicated that his next target would be Benami transactions. These are primarily transactions made by a person officially in someone else’s name to hide taxable income.

Vowing to rid the country of corruption, he said banning notes was only the beginning of a mega fight against black money in all its forms. By saying this, Modi sent out a strong signal that he was not on the backfoot following reports of cash crunch being experienced throughout the country.

“We do not think in parts, there is a full-scale design. It is only that we show our cards gradually,” he told BJP Parliamentarians during the just-concluded winter session of Parliament that was a washout.

Though the Act has become law, it has so far not come into play as another window has been opened for those with black money to declare it. This time, 25 percent of the total declared money will have to be parked interest-free for four years in the Pradhan Mantri Garib Kalyan deposit scheme, 2016, after taxes.

With regard to the whole exercise of demonetisation, normalcy is expected to be restored with enough cash in smaller denominations and circulation of new Rs 500 notes in large numbers only by the beginning of the next financial year as printing replacement currency will take a while.

The finance ministry has already indicated that with 86 percent of currency notes in circulation were of Rs 1,000 and Rs 500 denominations that have now been banned, replacing even one percent of this with freshly printed Rs 500 and Rs 100 denominations will take over a month.

The only reform challenge that the government will have to face is with regard to the GST bill. The two-day GST Council meeting on December 22 and 23 took up the issue of dual control and the three GST bills – Central GST, Integrated GST, and State Compensation Law – all of them need to be approved by the council before being tabled in Parliament.

GST will have to come into force from April 1, 2017, as the last date has been defined as September 16, 2017. The pending issues will be taken up for discussion at the next GST Council meet in the first week of January. Demonetisation has further complicated the compensation to states as many governments are claiming a larger share in view of the heavy losses in the last two months, which they claim they incurred by way of collection will continue over to the next fiscal.

The transformation to a cashless society will also be closely watched as it is expected to take the whole of next year.

The Modi government, which came to power in May 2014, will be in its third year in office next year and will be in cruise mode. In February and March, polls are likely to be notified in Uttar Pradesh, Goa, Uttarakhand, Manipur, and Punjab as the Assembly terms will come to an end. Himachal Pradesh and Gujarat will go to polls by December 2017.