Here’s an app for every worried parent, to know what their child does all day in school 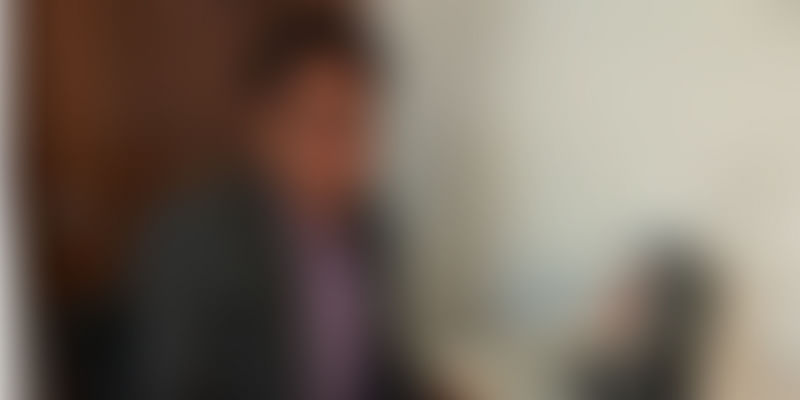 As your child lets go of your little finger for the very first time, and crosses the threshold over to the classroom to commence the first phase of their life in which you will not play a major role, no one notices that you are perhaps exponentially more jittery than your little one. But this concernedly curious father, who needed to know what transpires at school, and that his child was having a fruitful and fulfilling experience and performing his student duties perfectly, created an app to allow every worried parent to breathe easy. The outcome of his efforts, School Diary, is now used by over 430 schools and 48,000 users to connect, communicate, and, together, raise a brilliant child.

The bell goes off

An HBTI Kanpur and IIM Calcutta product, Ashish Chaturvedi worked at Infosys for 10 years in tech, commercial and planning functions, along with short stints at AT&T, P&G and Verizon USA. He went through it all with one common goal - “To start a company and, one day, create 10,000 jobs.”

“The phrase, initially, was only meant to look cool among the engineering classmates who were all vying for stable jobs with multinationals. However, I kept repeating the ambition to myself over the years, and it soon became a part of my life. I was not clear about what idea I would pursue or when I would pursue it, but I kept repeating it to myself, my friends and my colleagues,” says Ashish.

The door of opportunity finally opened up in his own home. He was an anxious father to a son in the first grade, one who was never particularly articulate about what transpired in his school; and a concerned husband to a teacher wife who was having a hard time keeping the thirty parents of her class in the loop. “As first-time parents, we were always curious to know more, but were not getting any inputs from the school or teachers, and would always end up discovering stuff at the bus stop. Meanwhile, my wife was writing diaries, sticking print notes, calling and what not, but still felt like a punching bag for the parents of her students,” he recalls.

He offered up his smartphone as a simple solution to her, to broadcast information quickly and in real-time, and his wife seemed instantly hopeful. A quick meeting with the school principal, and they had their first pilot going.

A new School of thought

They established the parent company uFony, meant to rhyme with “euphony” - meaning a pleasing sound, in late 2012 in Pune. “Nothing is more pleasing to a parent than hearing the sound of their kid. And thus, uFony was christened,” Ashish explains.

School Diary was their first product, to make teacher-to-parent communication easy, engaging, effective and eco-friendly, covering all of a school’s needs to communicate, like messaging, events, reminders, notices, homework, bus tracking, and fee payments - all in a single app that works on all smartphone platforms, including iOS, Android, Windows Phone, Windows 10 tabs, Windows desktop and browsers. The system allows both parents to keep tabs on a child’s progress simultaneously, using the same login.

Thus, a teacher can, in real-time, send notifications to any parent one-on-one or broadcast to all at one go. The parents can touch base in return and raise their queries or concerns without the need of visiting or calling the school. The app has various other settings, like automatic reminders about key events a day in advance, real-time tracking of the school bus on a map with five-minute reminders, fee details and facilities to make online or mobile payments, and instant updates about the child being marked absent or present. School Diary operates on a SaaS model, and offers free basic and paid premium features.

School is in session!

In January 2013, The Chennai Angels (TCA) invested an undisclosed amount in uFony. “We realised very early on that a majority of schools aren’t very tech-savvy and have had bitter experiences with enterprise resource solutions (ERPs). So, to gain their confidence, we designed a free basic plan that covered their basic needs. Also, for some key schools, we went ahead and offered our premium features on a trial basis. This helped us bring onboard a lot of schools that were otherwise wary of trying School Diary,” he says.

By July 2014, their first pre-school had signed up. "We deployed feet on the ground to cover a wider geography. And we focussed on the service element, where a majority of solutions, including ERPs, fail. Every call of every client had to be answered in a satisfactory manner. And we touched base with every client every 15 days. This helped with goodwill, and people started referring us widely,” says Ashish. The strategies were right on the money – in just two quarters, by December 2014, they raised their first invoice, had about 947 users, and generated enough buzz to confidently roll out their iOS app.

Within exactly a year, this helped them expand to two cities, and brought their first K-12 school onboard. The progress also led TCA to top up its investment.

A small recess and a sturdy comeback

“During this process, we ran out of money twice. But I persisted. It is well researched and documented in western studies that close involvement of parents in a child’s education has a positive impact on the child’s learning, social and behavioural growth,” he says.

They stayed afloat, and by November 2015, they brought new investors onboard.

Come December 2016, and his dogmatic efforts have taken the tally up to 12 cities, over 430 schools, more than 48,000 users, and five channel partners.

There are a few other players in this space – which is still too nascent to be called a market – like Applane Solutions, Educhat.in and SpaceO Technologies’ Your School app, each offering a slightly varied palette of services, but with a common fixed minimum, like messaging, updates and online payment mechanisms.

Today, the School Diary app dispenses nearly 8,200,000 notifications and records 50,000 daily interactions. They are setting their sails to Tier-2 and Tier 3 cities next, and are looking for more feet on the ground, including channel partners and agents. Digital marketing activities are also on the cards.