Four reasons you should build your next startup around AI 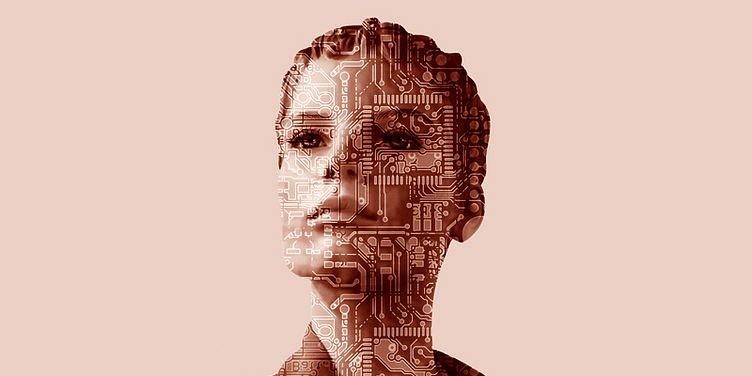 Soon after Donald Trump’s victory in the US presidential elections, Yoshua Bengio, a Canada-based AI genius, encouraged the AI experts living in the US to move to Montreal, to build it as the hub of Artificial Intelligence. Many Asian countries used to blame the United States as the reason for the brain drain from their countries in the late twentieth century, but this statement from Yoshua Bengio is the first sign of a possible brain drain from the United States.

What does this mean for young entrepreneurs who are just starting out or brainstorming? Is artificial intelligence hyped up or is it going to rule us in the near future? Let's have a look at some of the possibilities.

After the revolutionary progress in the field of computer sciences in the mid-twentieth century, many experts thought of artificial intelligence as the next horizon to explore, but those dreams were soon dashed by the AI winter. The scenario is changing today. With the success of different machine learning algorithms like Deep Learning, big companies are focusing on artificial intelligence and machine learning more than ever.

Google has, on the one hand, open sourced its TensorFlow engine and, on the other, has bought some AI startups like DeepMind to accelerate its efforts. Similarly, Facebook AI Research, OpenAI lead by Elon Musk, Partnership on AI and other similar projects led by big names tell us only one thing - that AI is the future.

In fact, it has become a norm in Silicon Valley that as soon as a startup meets some basic AI standards, it is acquired by the industry giants. Apple for instance has, in the last couple of years, acquired Tuplejump and Turi. Twitter has acquired three different AI startups, and companies like General Electric and Samsung are also following suit, attempting to bring AI into the physical world.

2) There are more possibilities than you can imagine

The news we see on our Facebook feed, the ads we see on different websites and the product recommendations on e-commerce sites like Amazon are based on machine learning. Every company has its own algorithm that records our clicks and finds items that fit our preferences. But all these algorithms have a limited set of information about us. Facebook does not know as much about our shopping preferences as Amazon, and Amazon doesn’t know much about our social preferences.

And none of these companies knows about our 'complete self'. Think of a bigger algorithm, which records and processes all of our information on different platforms and sites, i.e. an algorithm that has a 360 degree view of us. This master algorithm would open up some new possibilities, possibilities that we can hardly imagine today. You should read ‘The Master Algorithm: How the Quest for the Ultimate Learning Machine Will Remake Our World’ by Pedro Domingos to gain an in-depth understanding of the concept.

3) There are only a handful of good machine learning resources

Designing a machine learning tool is not like the routine coding most programmers do. Machine learning requires playing with big data. This means you need to have good skills of programming as well as an understanding of statistics. You should also have good knowledge of the focus area for which you are designing the tool. At this moment, there are only a few quality resources that have such expertise.

Because the machine learning techniques are uncommon and highly different from general software development, AI researchers have become as costly as NFL quarterbacks, according to the Microsoft executive Peter Lee. This situation will definitely change in the next ten years, but those who have already started or are going to start will lead the rest in the future.

4) No one will be able to escape AI

One person who has invested a considerable deal of focus on AI is Elon Musk. Musk has emerged as one of the biggest critics of the latest progresses in the field of AI, which have been made without the proper checks and balances in place, considering the threats and dangers associated with the technology. The billionaire technologist runs his own AI company, OpenAI, to keep an eye on the latest developments in the field.

Are terminators going to rule us? Will a super-intelligent machine/algorithm outsmart the human race? These and other questions and possible threats make it very clear that you cannot escape the outcomes of artificial intelligence in the decades to come.

We can only imagine how things will be changed with the advancements in the field of AI. Soon, your fitness tracker will be connected to an expert system and will make recommendations about your health and fitness proactively. Similarly, robots will start taking the places of us, humans, quickly. There are a lot of opportunities in this field at the moment, and this is the right time to start thinking of starting up your next venture around artificial intelligence and machine learning.